This is our new Z97 test bench and we thank ASUS again for their generosity in providing the Z97-A motherboard for us to use for our testing. All tests were performed on a fresh and up-to-date install of Windows 8.1 Pro x64 with no other applications running while using AHCI mode set through the BIOS. Synthetic Benchmarks were run with the OS loaded on a Crucial MX100 256GB SSD. In between every test, the test drive was secure erased using an instance of Parted Magic. As such, all results should be indicative of optimal performance with the exception being the PCMark 8 consistency test. Power saving modes, sleep and hibernation are all disabled and all components were set to their default/optimized speeds in the BIOS (1304) and are listed below. 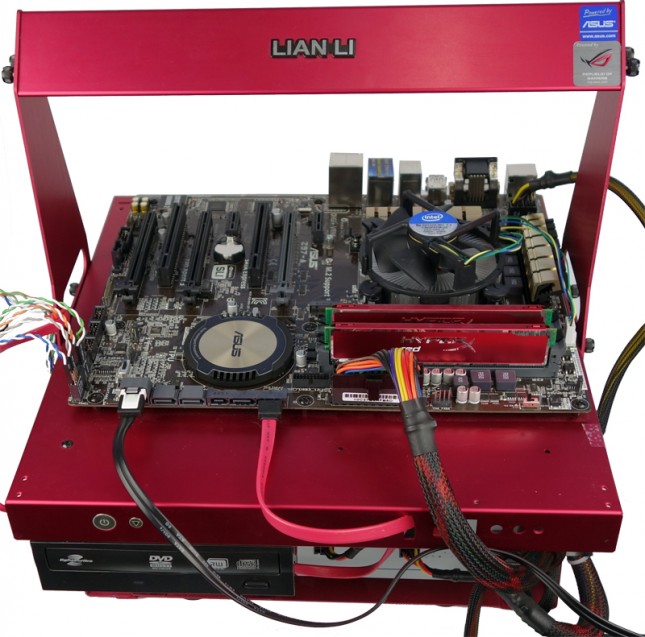 For the Samsung 850 EVO 120GB and 500GB drives, the readout on CrystalDiskInfo shows that both NCQ and S.M.A.R.T. are enabled, as well as TRIM. This is a great free tool to see lots of detailed information about the drive such as the firmware version for the drive is EMT01B6Q. This is the latest available version for our sample drives but may not be what actually ships with the production drives. 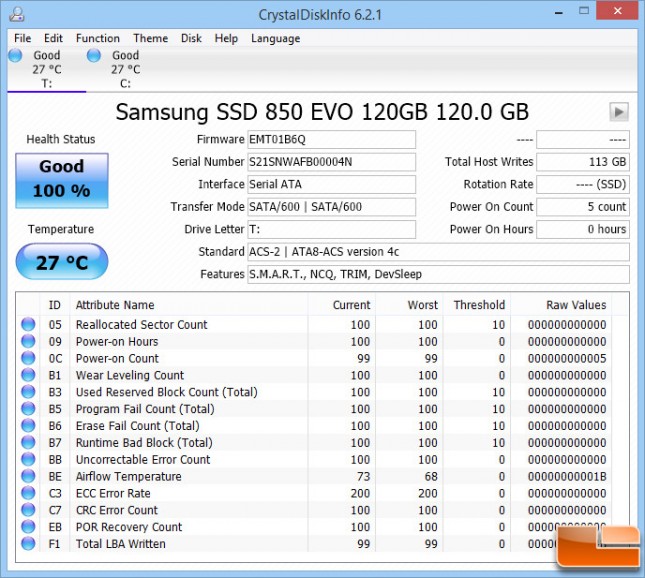 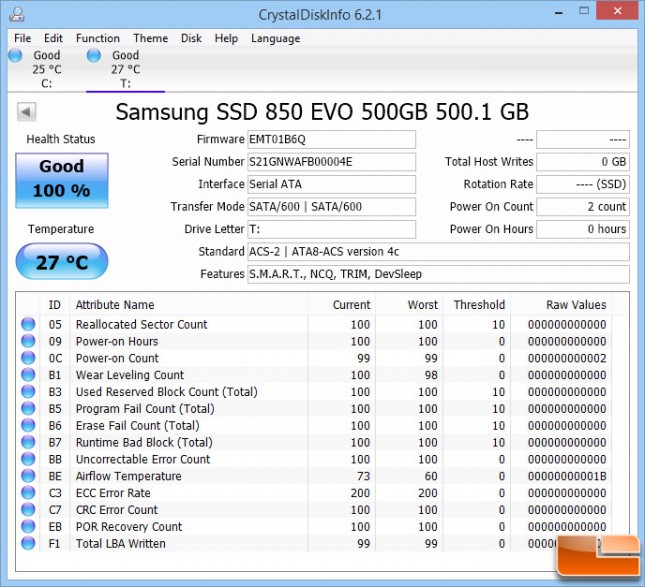 Samsung also has their own Magician software tool to view drive information and to perform secure erases on the drives and version 4.5 will be released to support the 850 EVOs. It’s the same very robust application as previous versions which we’ve found to be one of the nicer SSD software tools available. Using this software, users can enable RAPID (Real-time Accelerated Processing of I/O Data) mode uses CPU and system memory to cache hot data, serving it out of speedy system DRAM.