Samsung SSDs have been extremely popular which is mostly due to their excellent performance but it doesn’t hurt that they’ve marketed pretty aggressively. Their 840 series, including the EVO and PRO versions, sold very well and were looked upon favorably by many of the review sites including this one. As such, we were excited to get our hands on the new 850 PRO drive (See the press release) to see what Samsung has done to improve upon the 840. There are several items of note but we’ll start with the NAND. Samsung has made some advancements in the flash memory used with a new proprietary 32 layer 3D vertical NAND (V-NAND) technology. It allows for up to two times the density and higher performance than traditional 20nm NAND with the added bonus of increased endurance. 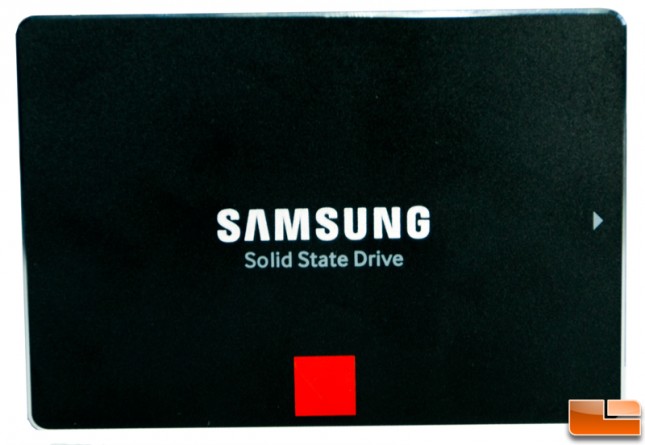 The second big change is the warranty. Most drives carry a three or even five year warranty but Samsung has really made a statement with a fantastic 10-year warranty (though our pre-release product box still states 5-year). Most users will probably switch out drives before this warranty expires and no one else offers anything close. While the 850 PRO carries the same MEX ARM-based controller we saw with the 840 EVO they’ve made some firmware tweaks and added support for super low power draw while in device sleep (DEVSLP) mode – a measly 2mW. Performance tops out at 550MB/s reads and 520MB/s writes with IOPS hitting the 100K mark in reads and 90K in writes. Many of these performance specifications have improved over the 840 PRO. 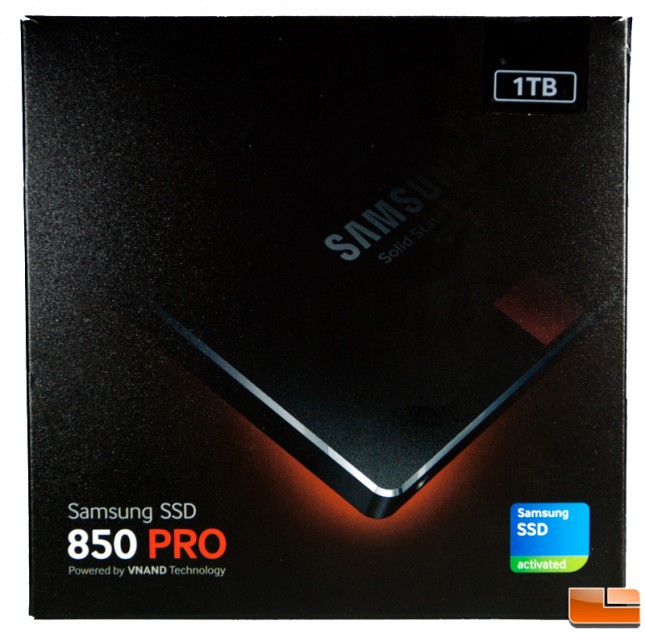 Samsung includes a warranty booklet and installation guide, along with a few small stickers. 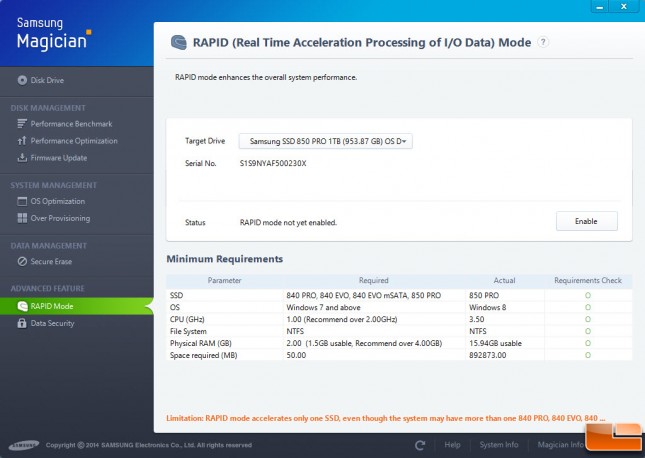 The Samsung Magician software (we are using a beta version 4.4) is also a fantastic companion tool for their drives. You can see all kinds of information about the drive and its health along with performance various functions like benchmarks, secure easing, optimizing the OS and customizing the amount of over provisioning. Performance can also be boosted with the enabling of RAPID mode which leverages unused system RAM to cache data. We saw this with the 840 drives and it works great. 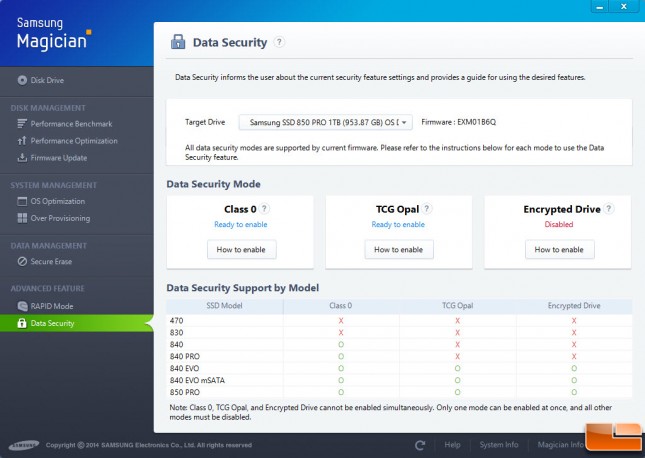 The Magician tool can also be used to enable drive encryption and shows the various levels of encryption supported by Samsung’s current drives.