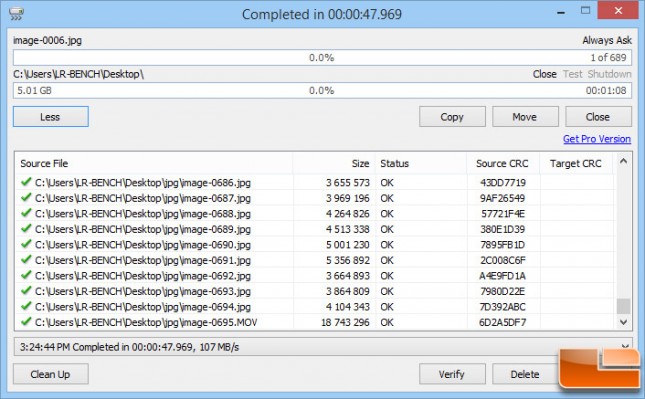 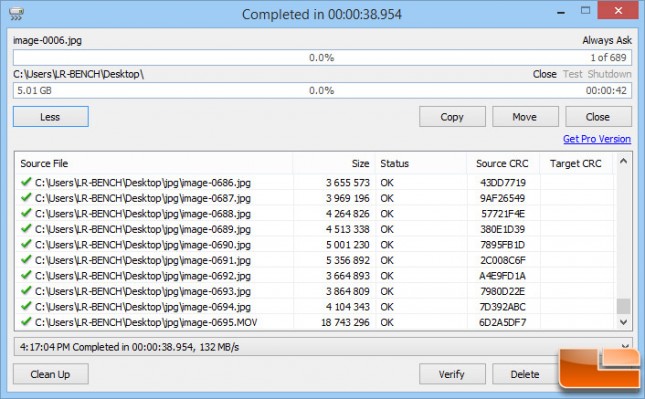 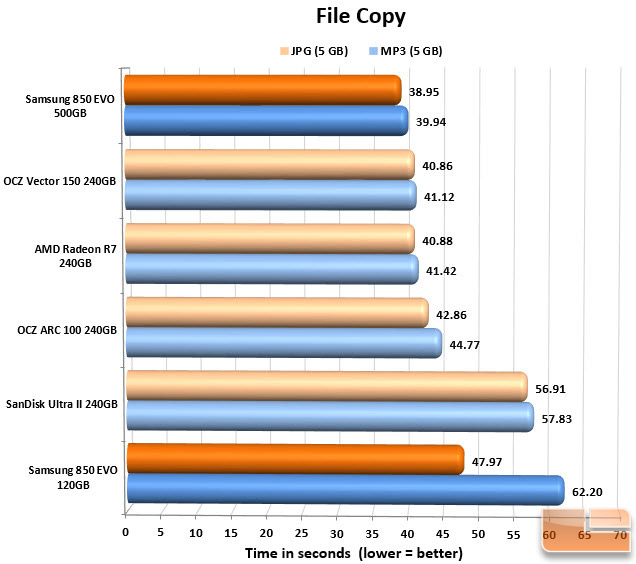 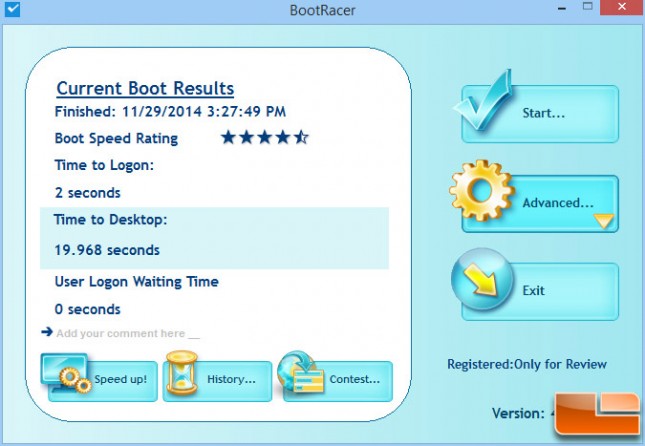 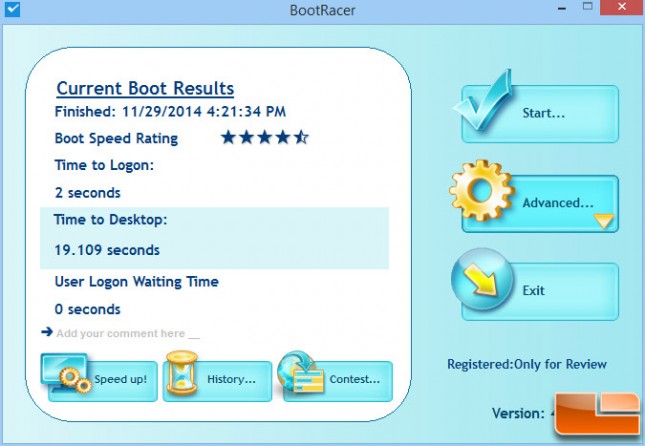 Benchmark Results: The boot times show little difference between the two capacities of the Samsung 850 EVO drives nor any other drives in the chart. 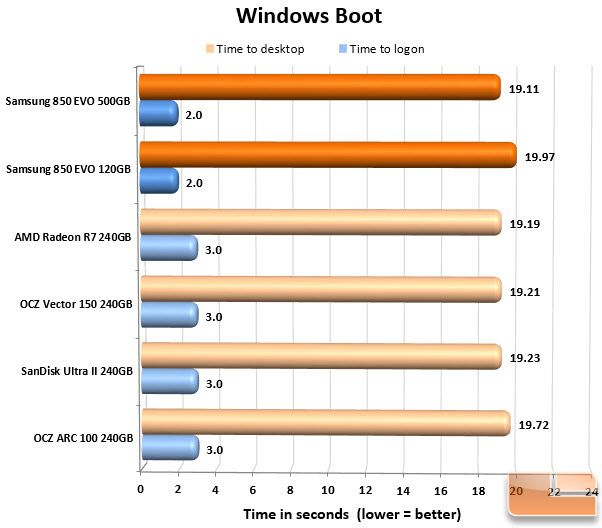