Go With The PRO You Know – SanDisk Extreme Pro SSD

SanDisk is an extremely popular brand in the flash memory card business and it stands to reason that they would also draw those same customers over to their SSD business. So it’s not too surprising that, based on discussions with shoppers and general internet chatter, SanDisk appears to be one of the prized SSD brands among consumers. This with good reason as their Extreme II line of drives performed extremely (no pun intended) well in our testing. Their literature also states that they are qualified at six of the top seven server and storage OEM supplier so they are definitely doing something right. 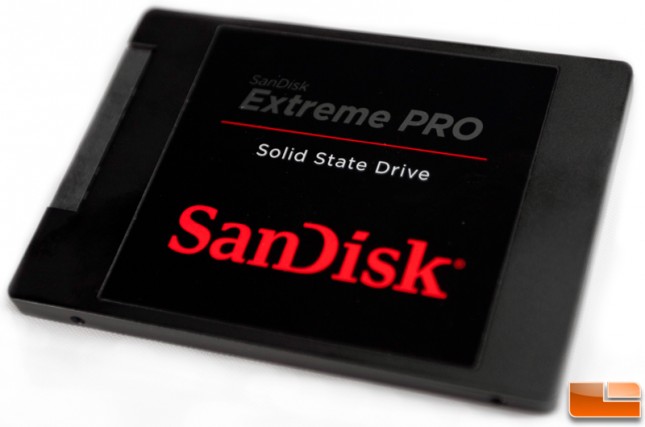 The new SanDisk Extreme Pro Series of SSDs feature the same controller as the Extreme II, albeit with updated firmware, slightly higher clock speeds and new 64Gbit 19nm MLC NAND. As such, their specifications have been bumped slightly as well as seeing a huge increase in the warranty length that’s been jacked up to 10 full years! Though curiously, the drive endurance rating remains the same at 80 TBW for which they are probably counting on most consumers to upgrade well before the 10 years. They’ve also dropped the 120GB version available in the Extreme II line and now offer only 240GB, 480GB and 960GB versions. Part of this is because the 120GB versions just don’t see the same performance as the larger drives and the second part is that SSD prices have dropped enough that the 240GB drives are now in the market sweet spot. The performance piece is key as these drives are targeted to gamers, PC enthusiasts and media professionals for which most are probably looking for 240GB drives at a minimum. 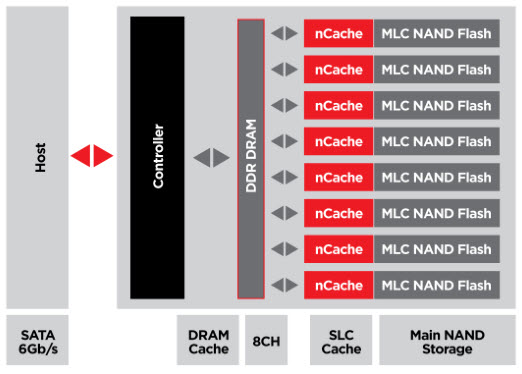 As many are aware, the majority of I/O operation on modern computers comes in the form of 4KB reads. For SSDs, the block structure is typically >1 MB so SanDisk has designed three storage layers to assist in the process – DDR DRAM cache, the MLC NAND Flash, and nCache. The first two should be familiar to everyone but the last which is also known as tiered caching, may be new to some. Basically, the nCache is an undisclosed quantity of SLC NAND used to quickly cache the data which is then flushed to the MLC NAND in an organized and consolidated manner. It’s basically used for bits of data < 4KB and works in conjunction with the DRAM cache that takes on the larger bits of data. 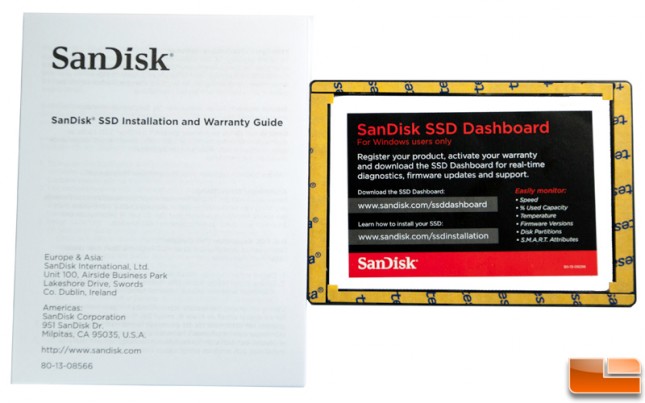 In the box along with the drive, SanDisk provides a 2.5mmshim to change the drive Z height from 7mm to 9.5mm in the even it is needed. It also comes with an installation and warranty guide brochure and a registration card with a link to the SanDisk SSD Dashboard. 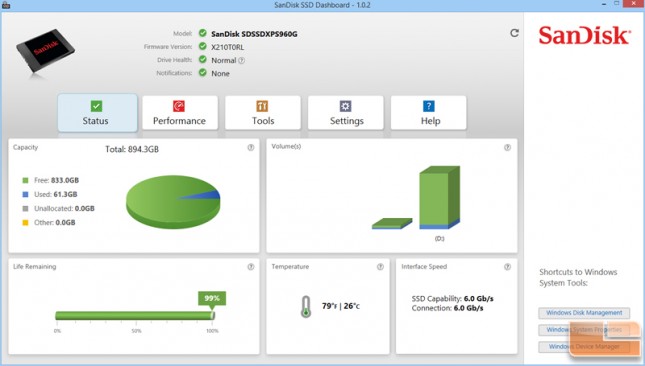 The dashboard is a great tool for doing a number of things such as viewing the status of the disk, performing a secure erase, changing partition size and even running benchmarks. They did an excellent job providing a nice piece of software.