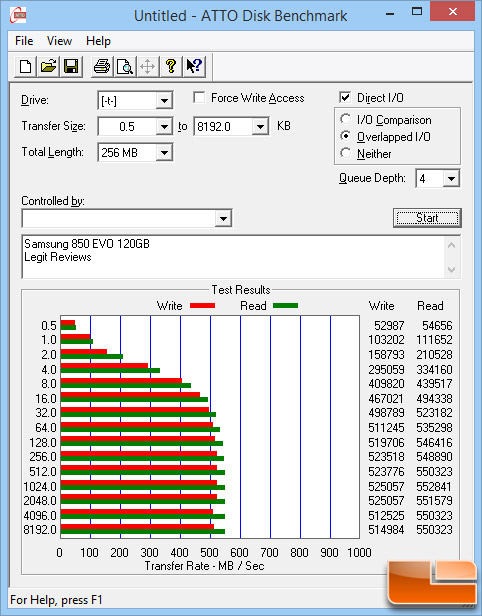 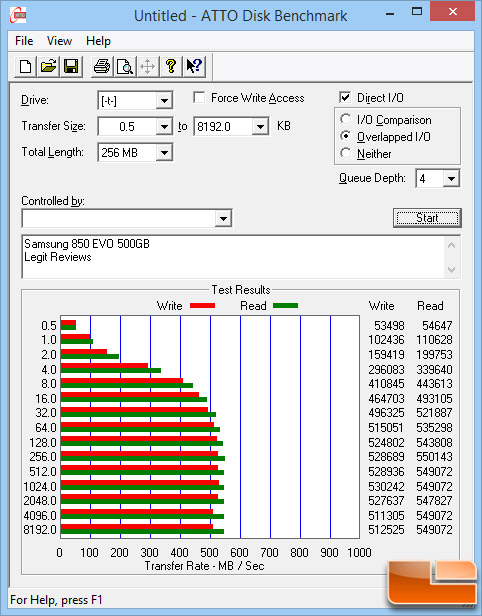 Benchmark Results: Very similar results between the 120GB and 500GB drives and as strong as any other drive on our comparison. 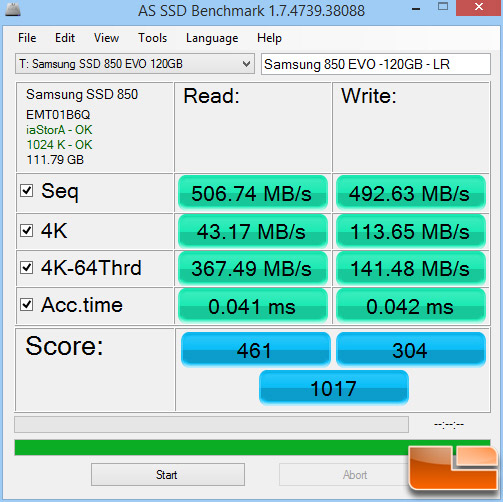 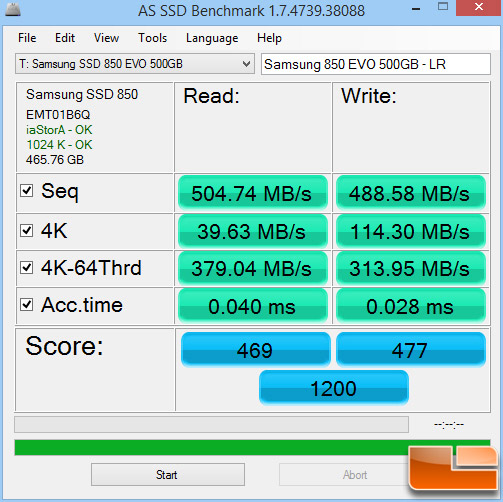 Benchmark Results: Again, the performance is very similar between the two capacities with the biggest disparity coming on the 4K-64 Thrd writes. It’s good to see the performance not drop off considerably as some drives do. 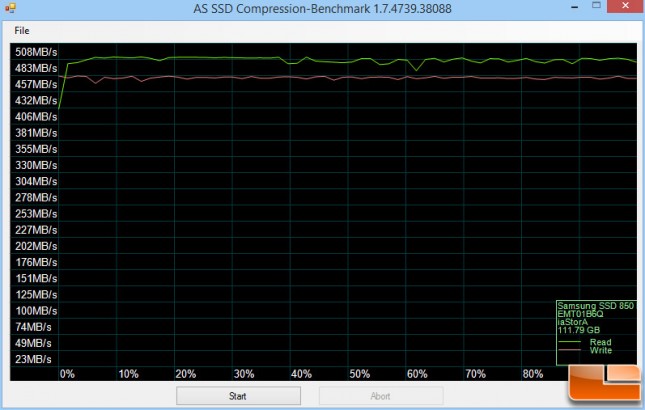 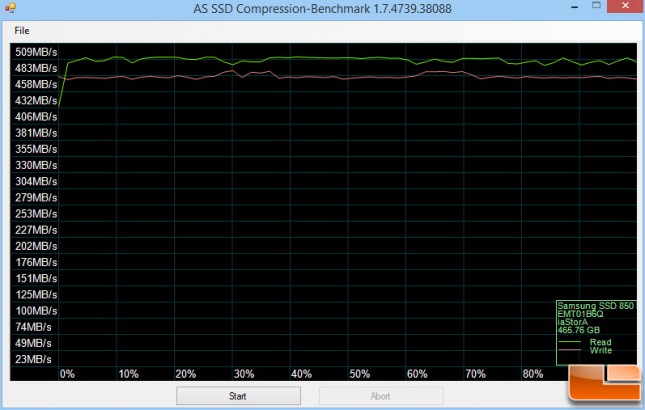 Benchmark Results: Obviously, the compressibility of the data has no impact on the performance of the drive with the graph lines having zero slope.