It was only a matter of time before AMD and/or NVIDIA got into the SSD mix and ultimately AMD ended up being the first to slap their Radeon brand on a consumer drive. It makes sense that in doing so, they partnered with an existing SSD maker like they did with their Radeon branded RAM offering. This time the partnership is with OCZ (Toshiba). Ultimately, it’s basically a hybridization of the OCZ Vector 150 and ARC 100 drives with the brains of the operation being the powerful Indilinx Barefoot 3 M00 controller which is paired with Toshiba A19nm MLC NAND. The AMD version is officially named the Radeon R7 and we received the 240GB version to see what it can do but it’s also available in 120GB and 480GB capacities. Obviously, this will appeal the strongest to the AMD faithful but being sourced from OCZ, it has potential to draw in their loyalists as well. Best of all, those wanting a full Radeon themed system have another piece available  to complete that quest. 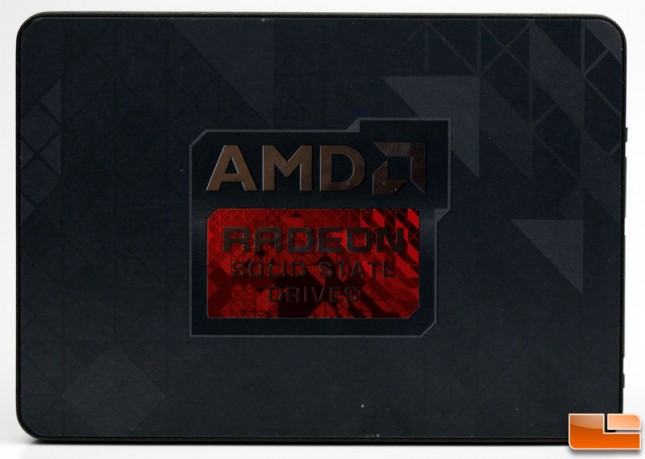 The transparency of this collaboration is refreshing as most times such things are kept under wraps or at least not openly acknowledged. In fact, if you flip the drive over, there lies OCZ’s branding very prominently on the back sticker and OCZ even lists the Radeon R7 drive on their product page. Plus, there’s even a special version of the OCZ Toolbox with the AMD branding and support will be handled through OCZ. Obviously, OCZ is handling most of the heavy lifting in this partnership I’m sure they are betting on the AMD brand to draw in customers. Looking at the specifications, you can see the reads of 550MB/s and writes of 530MB/s are identical to that of the OCZ Vector 150 drive. In fact, many of the specs are the same except for the IOPS which are rated 5,000 less on the writes at 90,000 and the warranty is one year shorter at four years  – which is still a year longer than many other drives and likely as a result of the different NAND used. 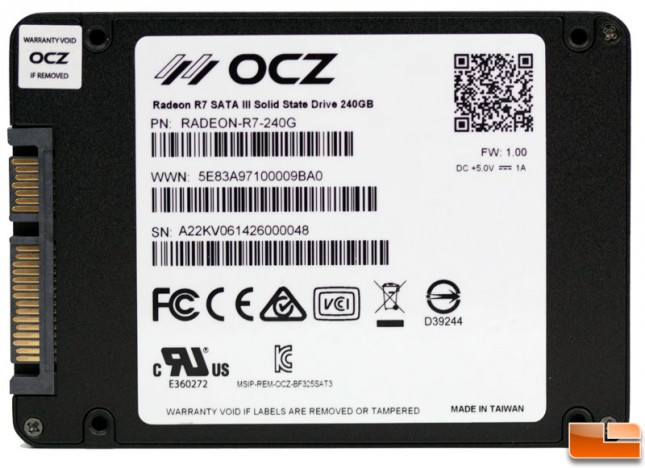 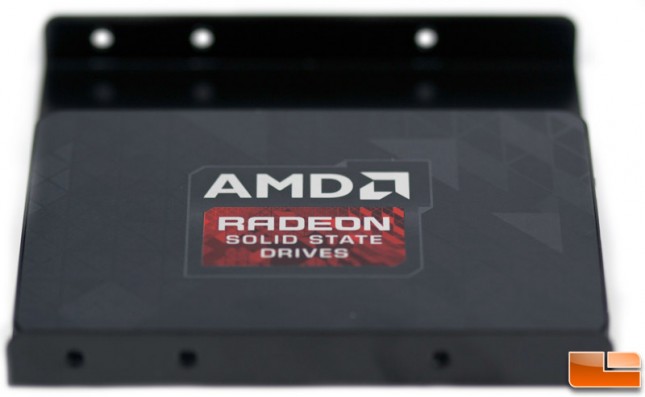 In addition to the drive and the usual warranty and install guides, the drive comes bundled with a AMD Radeon branded 2.5″ to 3.5″ adapter plate as well as a software key for Acronis True Image HD which also happens to be our preferred imaging tool. Let’s have a closer look.