We are still a few days away from CES 2012, but the eleventh annual Storage Visions Conference is well underway. We were able to take a look at some unreleased products from Intel, Crucial, OCZ and ioSafe that are worth a look if you are interested in storage. The next generation of SSDs promise more performance with additional focus on reliability. Read on to see what the highlights of the show were for us.

Thought our BlizzCon 2011 coverage was done? Well, guess again! Today, we conclude our coverage from Anaheim by featuring the hardware vendors who were present. We look at ASUS’s X79 LGA 2011 Gaming Rig, LG’s 3D desktop monitor that turns everything into 3D, SteelSeries’ Diablo III Gaming Headsets and much, much more. 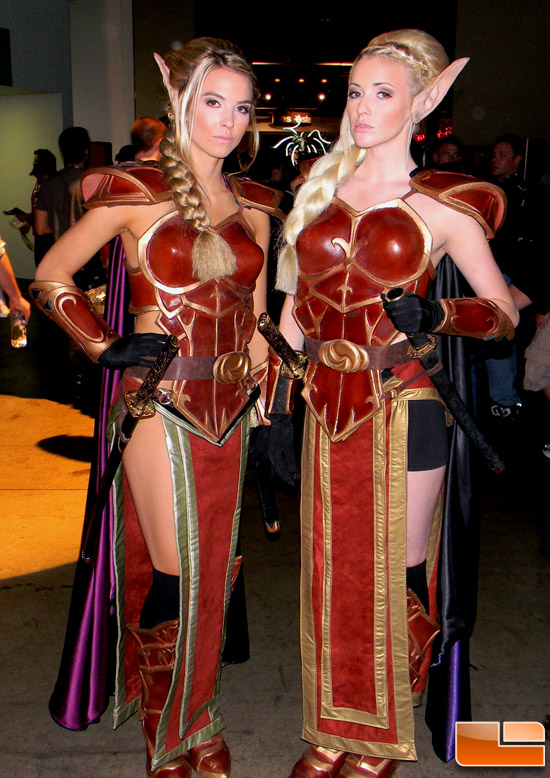 Here is our annual coverage of the top Babes and Cosplayers at the yearly BlizzCon Convention in Anaheim. BlizzCon had a bunch of exciting news and announcements throughout the two-days, but the community of gamers is really what makes the show. Read on to see what we thought were the top BlizzBabes and cosplay characters at this year’s show.

Close to 26,000 Blizzard Fans gathered in Anaheim, California to celebrate the latest announcements for Blizzard Entertainment’s World of Warcraft, StarCraft, and Diablo Game Universes. BlizzCon once again featured Costume and Dance Contests hosted by Jay Mohr, a $300,000 eSports Tournament, and a rocking performance to close the show by Foo Fighters. Read on for a report from ground-zero of this epic annual event.

NVIDIA GeForce LAN 6 – The LAN Party on an Aircraft Carrier

NVIDIA GeForce LAN 6 is well under way and the event is taking place on the retired USS Hornet Aircraft carrier in Alameda, CA. NVIDIA has come a long way since the original GeForce LAN that was held in downtown San Fransico in 2004! This LAN party is huge and with 620 people that have registered for 48 hours of intense LAN gaming!

Legit Reviews was on hand at the 2011 Adobe MAX conference in Los Angeles, California where designers, developers, and business leaders come together to experience first-hand how Adobe is attempting to transform the creative process across mobile devices, PCs and Cloud-based systems. There were thousands of participants gathered at MAX to help gain a competitive edge through training and networking. Read on to find out what was there.

Do you remember the ‘Pipe Dream’ video from 2001? It was done back in by an animation company called Animusic. Intel hired on a company called SISU Devices to help them bring an animators vision to life! It took the company just under 90 days of work and roughly $160,000 to design and develop something in real life that could mimic the original animated video. 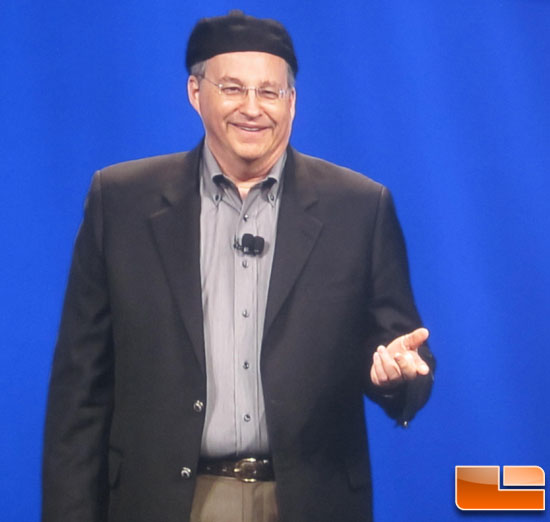 What does the real future of computing look like? How will the research and technology advancements today shape and accelerate our tomorrow? Justin Rattner, Intel’s chief technology officer, revealed the latest advances in multi-core and many-core, two hardware architectures that can be used to solve a wide range of computational problems and tasks today during the last keynote of IDF 2011! 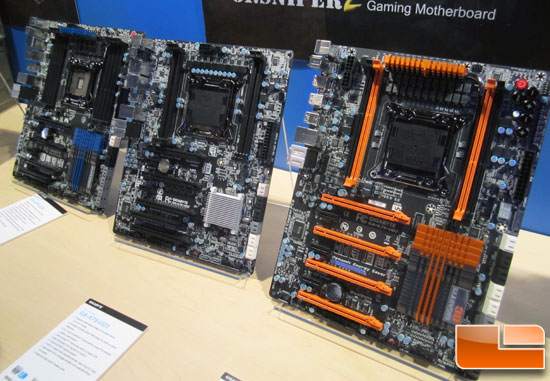 Since not everyone is able to make it to IDF 2011, we are bringing it to you. While we’re at the Intel Developer Forum we had the chance to sit down with GIGABYTE. The had a couple of their Intel X79 on display for all to see. The motherboards that GIGABYTE had on display ranged from mild to wild! What were they showing off at IDF 2011? Read on to find out! 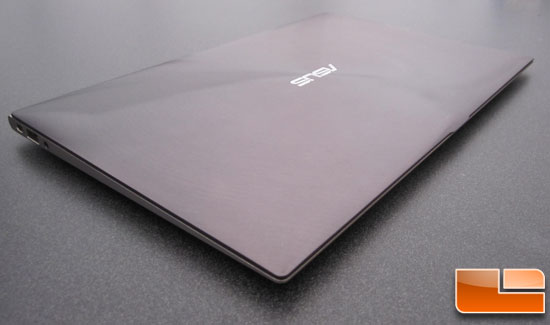 Intel’s new thin-and-light notebooks could change the mobile computing if things go as Intel has planned. The new Ultrabook segment is being shown in force at IDF 2011 and we managed to spend some time with an ASUS UX21 Ultrabook that was lightweight and razor thin. Read on to see how it looks and if these notebooks are going to be worth waiting for! 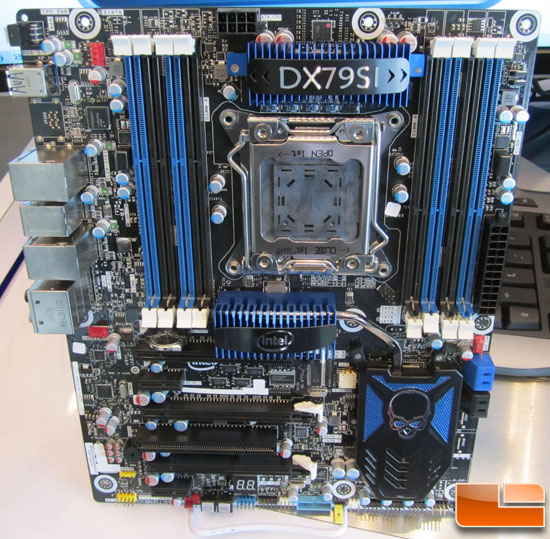 Intel is getting ready to launch SandyBridge-E processors and the company was showing off the Intel DX79SI desktop ATX motherboard at IDF 2011. The Intel X79 Express chipset is the successor to the X58 Express chipset that is more than due for an update. This means that the Intel X79 platform with the LGA2011 socket will become the flagship platform for Intel customers. 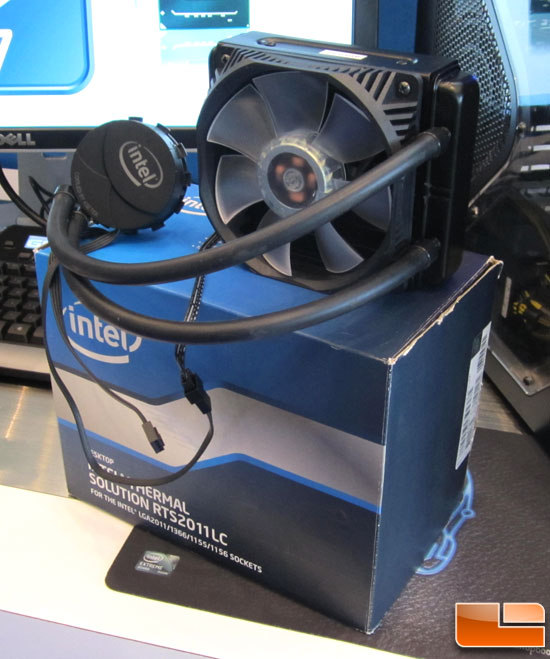 The Intel Developer Forum kicked off this morning and when it comes to desktop hardware all the focus is on the companies upcoming X79 chipset and the new LGA 2011 socket that will debut along with it. We heard rumors months ago that many of their retail boxed processors without CPU coolers as they would be offering an optional CPU water coolers for overclockers and enthusiasts. It appears these rumors were true as we ran into the Intel RTS2011LC CPU Water Cooler Today!

Legit Reviews was in Southern California to experience the inaugural Call of Duty XP Fan Spectacular. With the latest installment to the Call of Duty franchise, Call of Duty: Modern Warfare 3, due to hit stores in November, this was a great way for Activision to get the word out and generate some buzz. Did Call of Duty XP L.A. 2011 live up to the hype? Read on to find out our first-hand experiences!

Many of our readers have been giving very positive feedback on our coverage of this years Electronic Entertainment Expo and today we conclude it with booth babes! To keep up with the demand of our readers, we would not be giving proper coverage without showing what many would consider the best part, the booth babes! Look on to check out the hottest booth babes that we could locate on the show floor!

As another Electronic Entertainment Expo has comes to a close, we look back on our favorite moments and give you what we thought were the most memorable sights at this year’s convention…besides the Booth Babes,that is! Read on as we bring you our show coverage that includes some exclusive videos on some cool technology like the AMD FX 8-Core prcocessor, SteelSeries Diablo III gaming mouse, Razer SWTOR keyboard and more!