Do you remember the ‘Pipe Dream’ video from 2001? It was done back in by an animation company called Animusic. That video went viral a decade ago and we saw it at every trade show that we attended way back then. Since some of you might not have been following tech that far back we have included the original version of Pipe Dreams for you to check out below.

It is hard to believe that animated video is a decade old, but it is and Intel hired on a company called SISU Devices to help them bring an animators vision to life. It took about 90 days of work and roughly $160,000 to design and develop something in real life that could mimic the original animated video.

It took seven Intel Atom processors, three operating systems, very smart people and a pretty big budget to make this work! The end result is a computer powered orchestra that is pretty darn close to the original one. It was designed to show how a wide variety of connected technologies such as a security camera, sensors and touchscreens can all work together on Intel processors even though three operating systems are being run. In case you are curious the three operating systems were LabVIEW (Linux), Windows XP Embedded and Windows 7 64-bit. 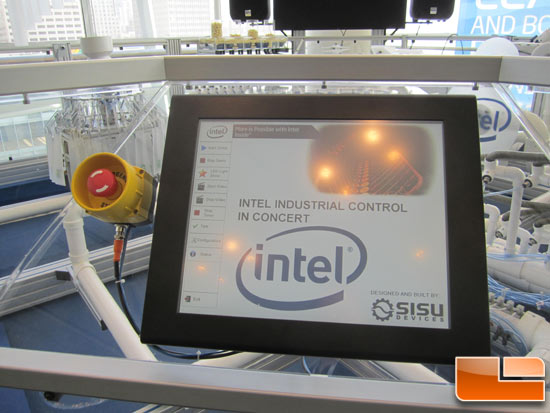 You know a demo is going to be epic when there is a big red emergency stop on it! This was the main touch-screen that controlled the entire demo. 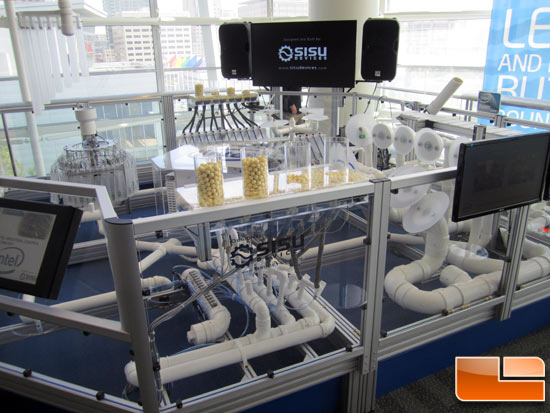 The white hard rubber paint sized balls were kinda hard to see against the white pipes and background, but they got the job done. A few of the balls missed their targets, but overall the demo went really well. 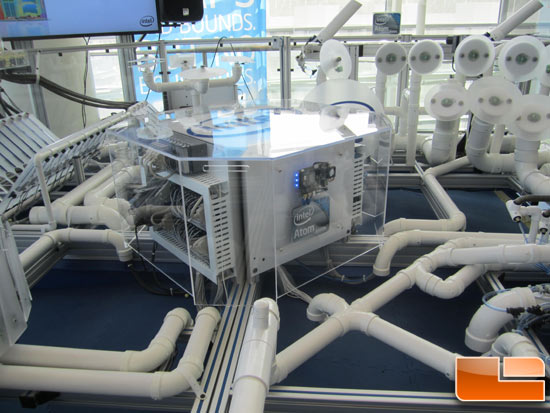 One of the Intel Atom systems was front and center on the display. The demo uses 36 paint ball hoppers and 2,372 notes that are played during the song. 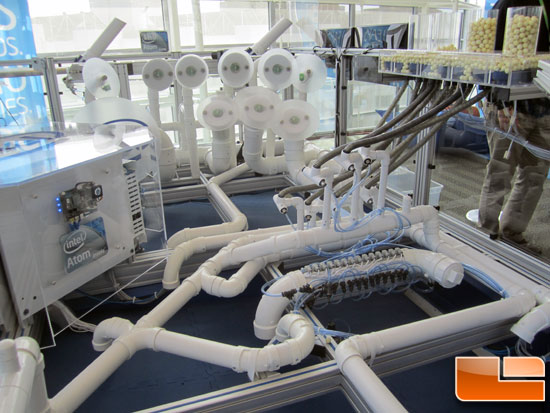 The floor mats were angled to help collect the balls that were being shot. 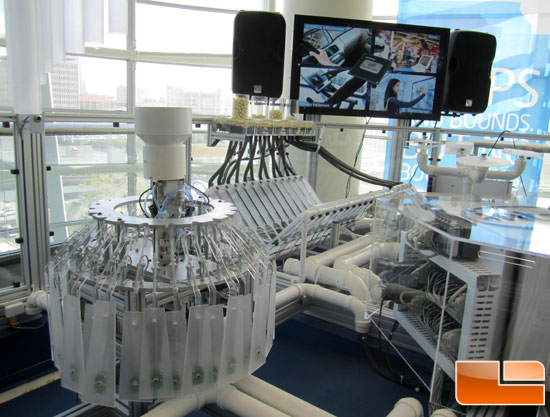 We asked what was going to happen to this after IDF 2011 and we were told that Intel owns the contraption since they commissioned it and that it will be carefully moved to Chandler, Arizona, which is just southeast of Phoenix. This is the location of an Intel campus, so it will be moving to a good home.

Intel also professionally shot this video that you can also check out!