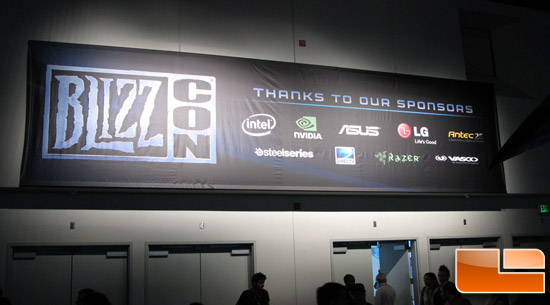 Well, it took a while for our heads to stop ringing with the sounds of the Foo Fighters who closed BlizzCon 2011 over the weekend.  We wanted to bring our readers the latest news from the floor of BlizzCon and instead of getting dressed up like a Zerg, report on news that hardware enthusiasts would love.  If you missed any of the multiple announcements from BlizzCon 2011, be sure to check out our coverage of all the Blizzard gaming news here. 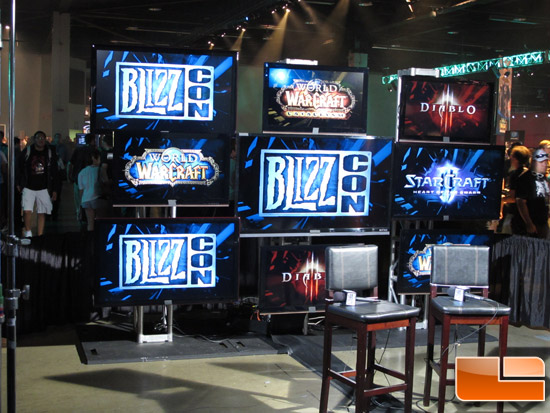 There were a number of large hardware sponsors at this year’s BlizzCon and unlike previous years, most of them put in effort to bring the convention goers their latest and greatest hardware to show off.  Many vendors were selling products from the show floor for huge discounts and some were only teasing the public with what will be launched later this year.  We saw a bunch of familiar faces and are happy to report that the number of hardware vendors has expanded tremendously over the past few years. 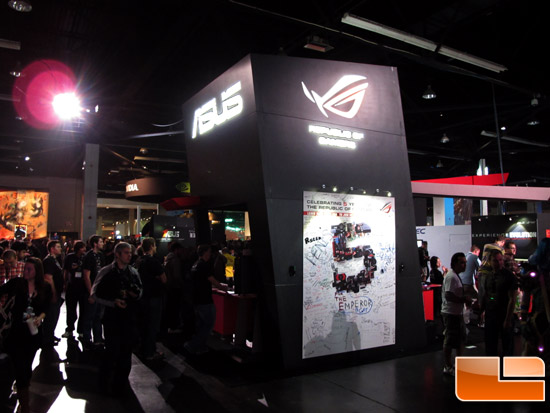 We were very happy to see our friends from ASUS at BlizzCon with such a large booth.  ASUS was flying their Republic of Gamers flag showing off their latest and greatest video cards and motherboards.  ASUS showed gave BlizzCon attendees a sneak peak at their latest motherboard based on the Intel i7 X79 under the “ROG” product line. 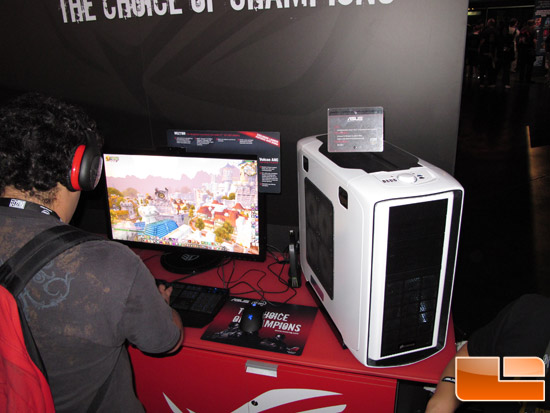 We were told this was the first time ever the public had access an X79
Sandy Bridge-E rig.  From what we could tell, the X79 and LGA 2011
Socket will have no problem keeping up with any game or application that
is thrown at it.

Check out our video here as Diablo III was being offered to any passerby wanting
to have a turn:

ASUS also let us get to feel up their ASUS MARS II Special Edition.
This dual GeForce GTX580 is overclocked from the factory with 3GB of
GDDR memory.  There is even a specially designed cooling plate and
heatsink to work with maximum efficiency in conjunction with dual 200-mm
fan!

It was pretty amazing to just listen to the public’s reaction to the
sheer weight of this beast.  At $1500 MSRP, this is as close as many
people will be coming to the MARS II card. 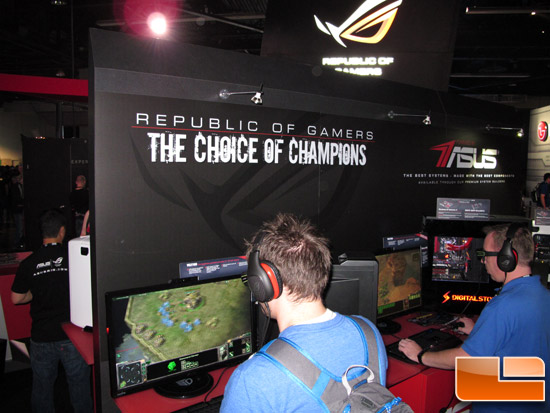 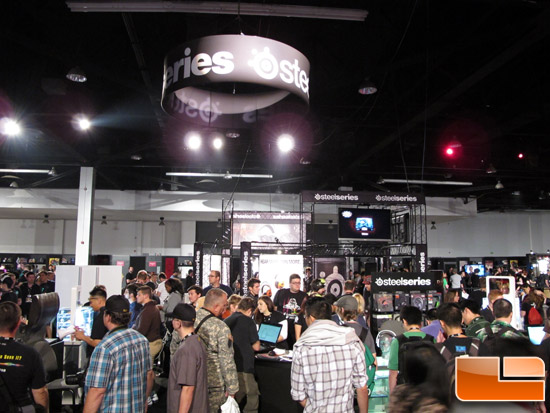 When we got to the SteelSeries booth, we were happy to that the Gunnar Optiks crew had joined them.  Over the past year or so, SteelSeries and Gunnar have been a juggernaut force when it comes to their gaming peripherals and professional gaming sponsorships.

SteelSeries is a huge name in Major League Gaming and have recently announced a partnership with MLG’s Tom ‘TSQUARED’ Taylor.  If you have picked up a can of Dr. Pepper in the past year, you have seen TSQUARED’s face.  Well, he and thousands of other gamers around the world have chosen SteelSeries as their peripheral of choice. 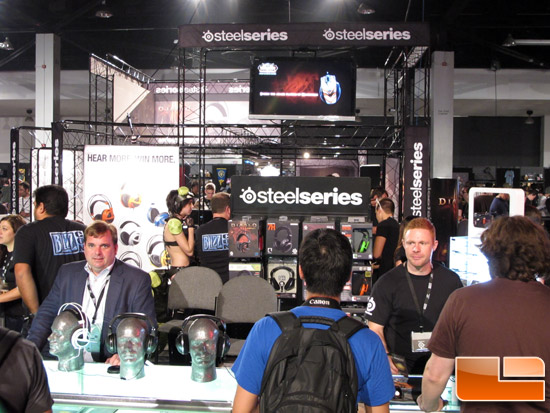 Check out the video of Kim talking about SteelSeries’ latest:

There were many more highlights to see on the floor of this year’s BlizzCon.  Read on to check out large-screen 3D monitors from LG, wireless gaming headsets from Creative Labs, and Antec’s next-generation gaming chassis.
Questions or Comments? View this thread in our forums!
Jump To:
1 2 3  Next »