There was more content at CES than we could capture even though there wasn’t a lot of new and groundbreaking stuff. We managed to capture a number of things that might pique your interest so have a look at our impressions as well as some images of things we saw while we were there, outside of products you can buy. Kingston Technology was very busy during CES 2013, as the memory manufacturer released new products, celebrated the 10-year anniversary of the HyperX product line and held the championship match the companies first StarCraft II tournament. Legit Reviews visited Kingston several times this week to keep up with all that the company was doing. In this article we’ll be covering the StarCraft II Tournament and some of the Kingston HyperX Products that they had on display.

Another year, another Pepcom Digital Experience event where we get a sneak peak of some of the products that will be on display at CES, a day before the show officially starts. We have pictures from the event plus products like a 4K display from ViewSonic, orange goo filled mobile cases and more!

OCZ’s Vector drive was a big hit and it pushed the limits of the SATA III 6Gbps interface. What next? Move it to PCIe and throw a couple of Indilinx Barefoot 3 controllers on there and stand back as it rockets to 1000MB/s throughputs. We stopped by to see OCZ at CES and were able to see them first hand.

The Razer Edge Pro is currently the world’s fastest tablet on the market, designed with the gamer in mind. Running Windows 8 and holding a powerful dual-core i7 CPU, 8GB of GDDR 3, and up to 256GB of built-in SSD storage, this tablet certainly does pack a serious punch. Read on to learn more about the forthcoming accessories for this tablet. AMD Kabini and Temash APUs Shown Off At CES 2013

AMD provided an early look at its new 2013 accelerated processing units today at a press conference during CES 2013. AMD demonstrated working silicon of its first true system on chip (SoC) APUs, codenamed “Temash” and “Kabini,” which will be the industry’s first quad-core x86 SoCs. Both APUs are scheduled to ship in the first half of 2013. AMD also introduced the new APU codenamed “Richland” which is currently shipping to OEMs and delivers visual performance increases ranging from more than 20 percent to up to 40 percent over the previous generation of AMD A-Series APUs. The follow-on to “Richland” will be the 28nm APU codenamed “Kaveri” in the second half of 2013. At today’s Intel Press conference, they were showing off the latest Atom and Core CPUs. The new Atom CPU offers 2x the performance of the current generation, while the new Core CPU offers power usage as low as 7 watts. Read on to see what Intel had to say during their opening keynote of CES 2013.

CES Unveiled is the official press event of the 2013 International CES and Legit Reviews was in attendance trying to find some interesting and innovative products to show to our readers tonight. CES Unveiled is attended by more than 1,500 media and analysts from around the world. We fought the hoard of journalists for a glimpse of what the highlights of the CES 2013 would be and we think we have assembled a good look at those products in this article. 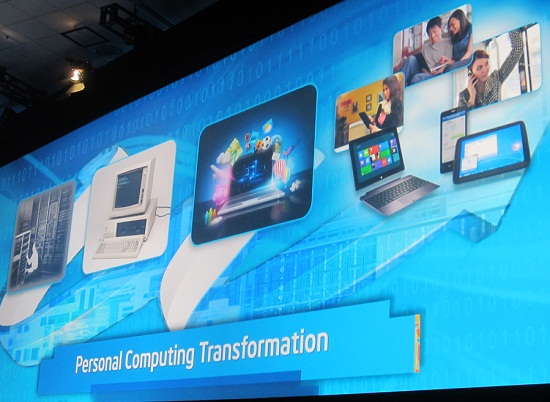 This morning Intel kicked off the corporations 15th Intel Developer Forum (IDF) with an opening keynote that was given by David Perlmutter. More than 4,500 attendees are expected from around the world this week to see what Intel is planning for the future. During this keynote Intel introduced the Haswell microarchitecture and even showed it running the Heaven DX11 benchmark utility!

Gigabyte hosted the inaugural Gigabyte eSports LAN tournament last week and we were there to take in the scenes as more than 30 professional eSports gamers and their teams competed for $21,000 in prize money. The GESL features professional gaming tournaments for games such as StarCraft 2 and League of Legends. Read on to find out more about this years GESL!

This year’s E3 Expo turned out to be surprisingly good for new hardware announcements and manufacturer partnerships. At the Razer booth, we saw an example of both – the new Taipan ambidextrous gaming mouse, new Battlefield 3 Edition BlackShark gaming headset, and MechWarrior Online tie-in Project Artemis controller. Read on to get a taste of what Razer has in store for gamers this summer. 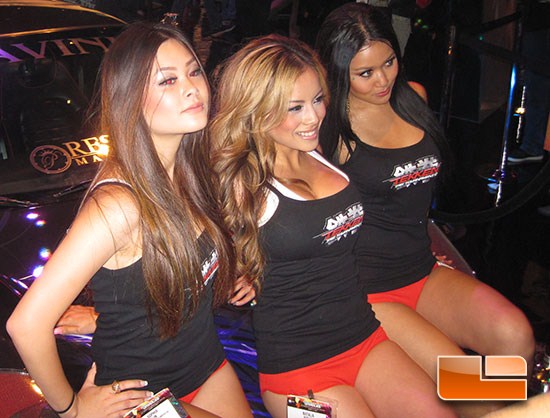 Many of our readers have been giving very positive feedback on our coverage of this years Electronic Entertainment Expo and today we conclude it with booth babes! To keep up with the demand of our readers, we would not be giving proper coverage without showing what many would consider the best part, the booth babes! We’ve compiled more than 60 pictures of the hottest booth models to grace the Los Angeles Convention Center this week and they are all in this article!

MSI is rolling out the GT60, GT70, GE60, GX60 and GE70, its latest generation of gaming notebook computers, at Computex 2012. We happened to bump into the MSI GX60 notebook at E3 this week and got a change to look at this gaming notebook in person. Read on to see what you can expect from an AMD Trinity APU powered gaming notebook!