The Intel NUC has proved it has what it takes to survive in a very tough PC market and the new Broadwell powered models are the best yet. Intel has taken everything they have learned with the NUC series since it was introduced and has released a number of really nice new units. We took a look at the Intel NUC NUC5i5RYK and found that it makes for a great upgrade for those looking for a solid mainstream desktop computer. If you have a desktop PC that is 3-6 years old and are looking to upgrade to something that is smaller, faster and more energy efficient, the 5th Generation Core powered NUC models should be given a closer look. 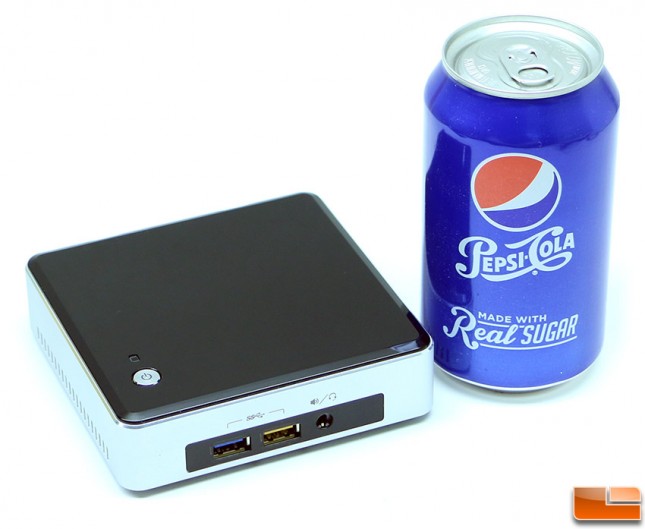 All that performance does come at a relatively high price tag though as you are looking at over $700 in hardware to build a system identical to this and then you have the operating system and software costs. Keep in mind that you are basically getting a high-end Intel Ultrabook in a desktop form factor and these energy efficient parts are not cheap entry-level components. If you are looking for something tiny that you can VESA mount to the back of your display and has solid overall performance the Intel NUC NUC5i5RYK is certainly worth taking a look at.  If you wanted to build this system and use a 2.5″ drive be sure to look at the Intel NUC NUC5i5RYH as you’ll be able to save some money as the M.2 PCIe SSD is not needed. We should also note that we are using one of the most expensive M.2 PCIe SSDs on the market today. You can pick up a drive like the Intel 530 Series 120GB M.2 PCIe SSD for around $91 shipped and that would really drip the build costs.

If you need more power than the Intel NUC NUC5i5RYK that we reviewed today we have some good news. In Q2 2015 we have learned that Intel will be releasing the first ever Intel Core i7 powered NUC under the part number NUC5i7RYH. We are excited that Intel is finally releasing a super high-end NUC kit and can’t wait to see what Intel has planned for the next-generation NUCs that will be powered by Skylake processors!

Legit Bottom Line: The Intel NUC NUC5i5RYK has more features than any other NUC model before it and we found this Broadwell powered model to be a very fast and stable system!