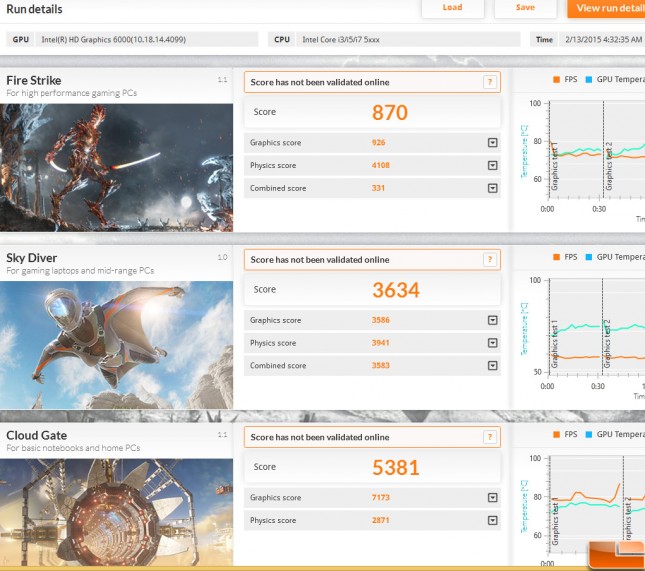 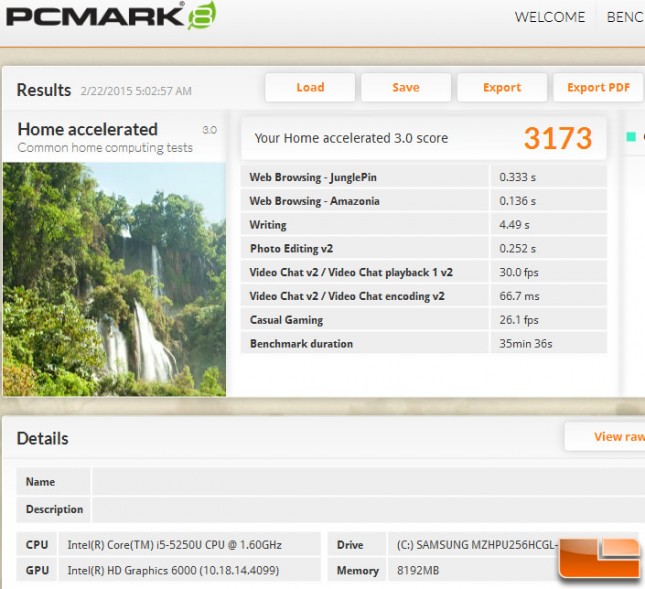 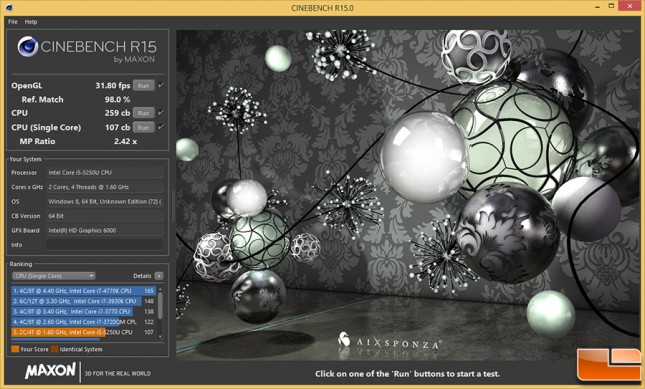 Moving along to Cinebench R15 we found the Intel NUC with the Intel Core i5 5250U processor scored 31.80 FPS on the OpenGL benchmark and then 259 points on the multi-core CPU test and 107pts on the single CPU test. 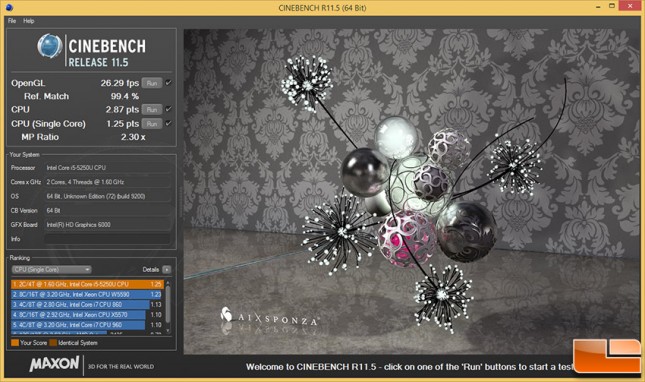 When we reviewed the Intel NUC Kit D54250WYK in 2013 we benchmarked with Cinebench Release 11.5, so we ran that as well for those folks that want to compare this Broadwell model to the previous Haswell version. The D54250WYK is powered by the Intel Core i5-4520U processor and scored 15.72 FPS on the OpenGL benchmark and then 2.49 points on the multi-core CPU test and 1.13pts on the single CPU test. The new Intel NUC NUC5i5RYK along with the Intel Core i5-5250U processor scored 26.29 FPS on the OpenGL benchmark, which shows the Intel HD 6000 graphics is about 67% faster than the Intel HD 5000 graphics in this particular test. On the processor side we saw the single core performance go up from 1.13 pts to 1.25 pts, which is a nice 11% performance gain. 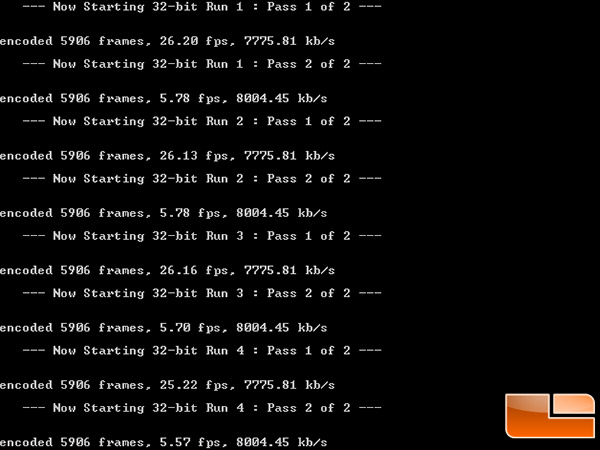 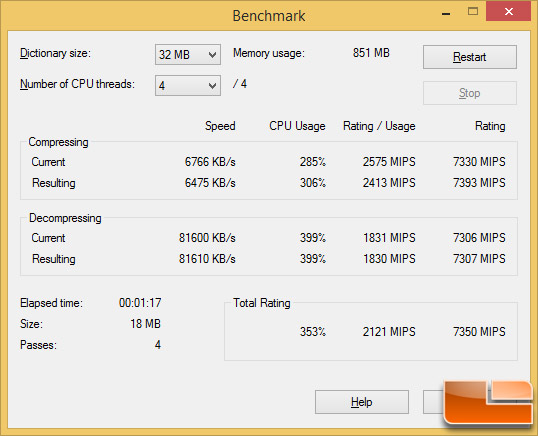 The benchmark built-in 7-zip showed that Intel NUC NUC5i5RYK had a total MIPS rating of 7,350. 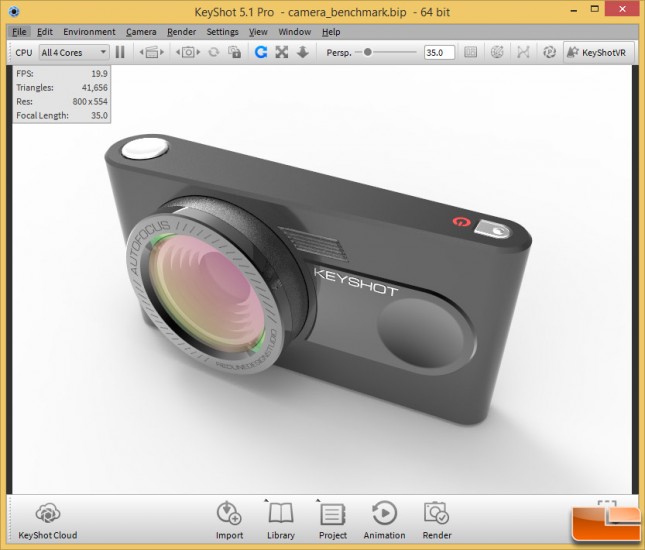 Some readers are using these tiny systems as mobile render nodes, so we ran KeyShot 5.1 Pro (website) to see how CPU rendering works on the new Broadwell powered Intel NUC. When running KeyShot 5.1 to do some benchmarking and real-world stress testing and found that we were averaging 19.9 FPS on a scene that had nearly 42,000 triangles. 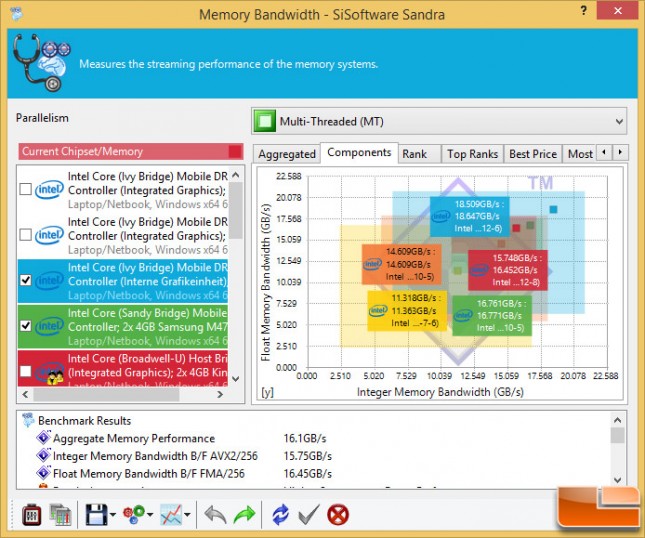 A quick look at the memory performance showed just shy of 16.1 GB/s of bandwidth. This sounds about right for a dual-channel DDR3L memory kit running at 1600MHz with 9-9-9-27 1T memory timings. 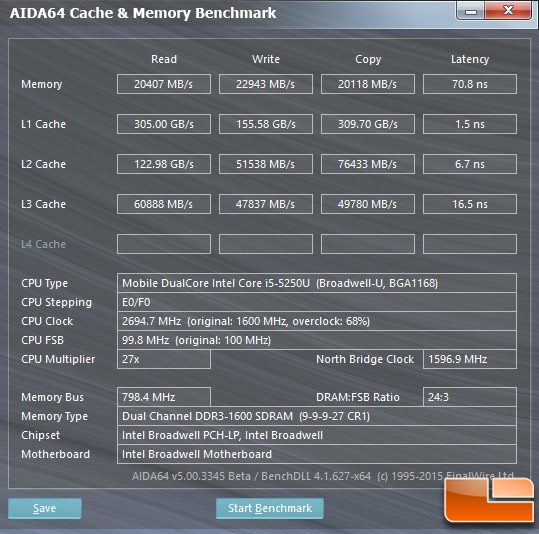 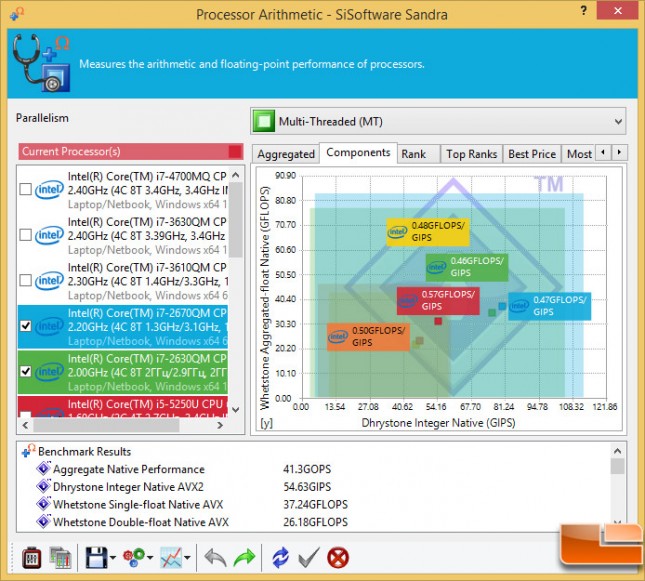 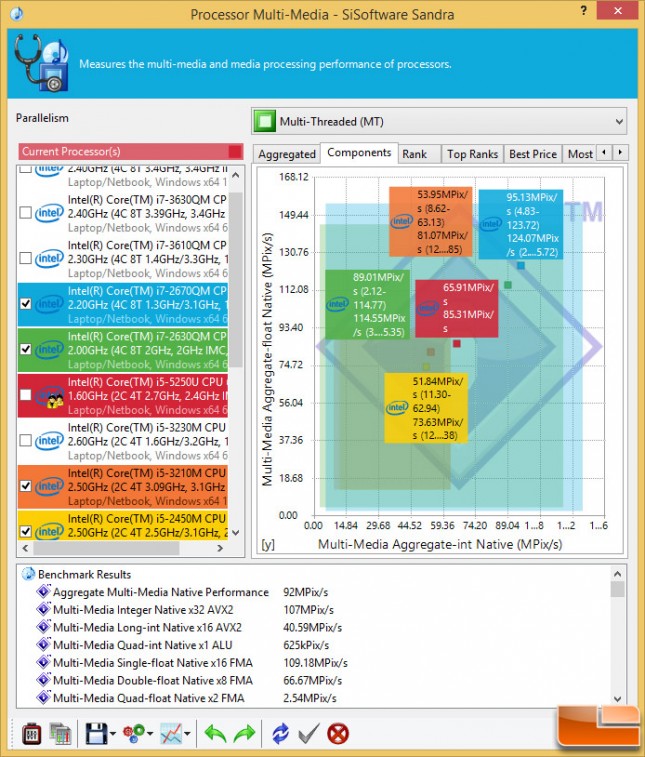 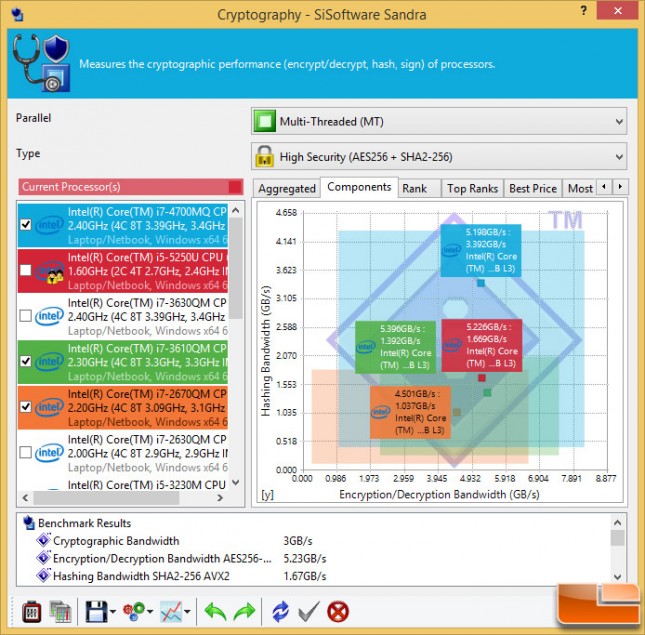 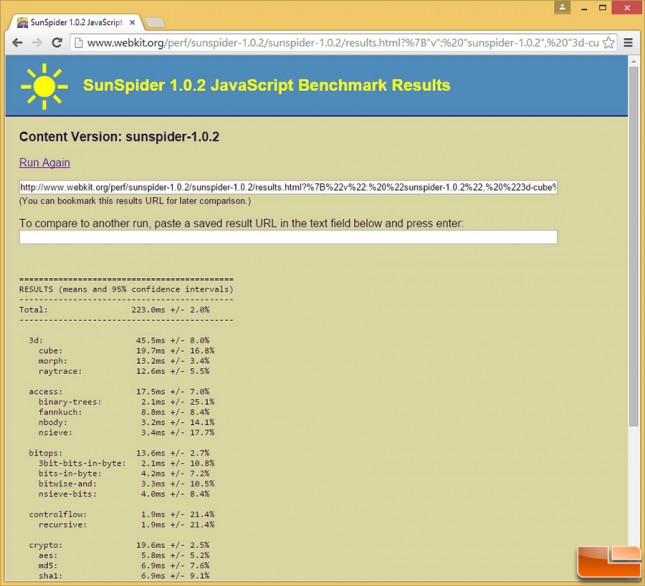 We ran the SunSpider 1.0.2 JavaScript Benchmark on Google Chrome 40 and received a score of 233.0ms. 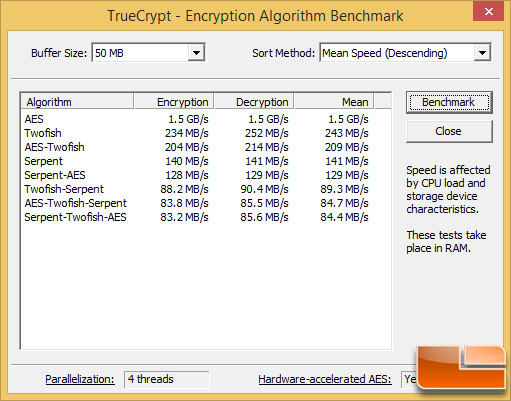 In the Encryption Algorithm Benchmark that comes inside TrueCrypt we found an AES mean score of 1.5 GB/s. 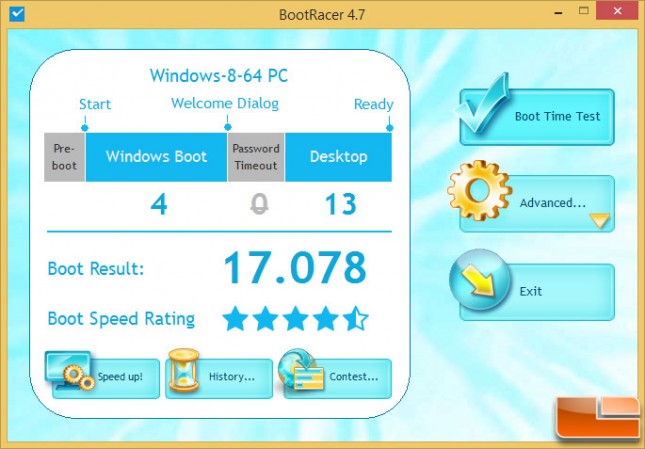 The last performance test that we wanted to run was Bootracer 4.7 to see how fast the system is able to boot Windows 8.1 64-bit. We were ecstatic to find that it takes just 4 seconds to get to the logon screen and in just 17 seconds everything was up and running on the desktop!

In the screenshot above we played the 50 Shades of Grey 1080P movie trailer on YouTube and found that we were using up about 35-45% of the available processing power. It played smooth and our system had no issues with online HD video. 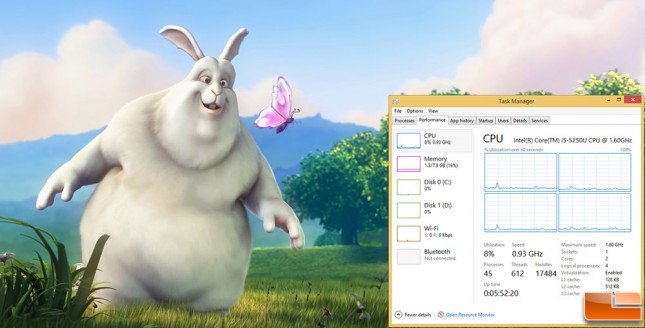 We also downloaded Media Player Classic – Home Cinema (MPC-HC version 1.7.8) along with several 1080P clips at various bit rates. We had no issues playing 1080P H.264 MKV video clips (one at 10Mbps and the other at 40Mbps) and found CPU usage to be right around 8%, which is nice and low.