No review is complete without a look at drive performance, so we took a closer look at data transfer speeds on the primary PCIe Gen 2.0 x 4 M.2 slot along with the optional internal SATA III header and the four SuperSpeed USB 3.0 ports. 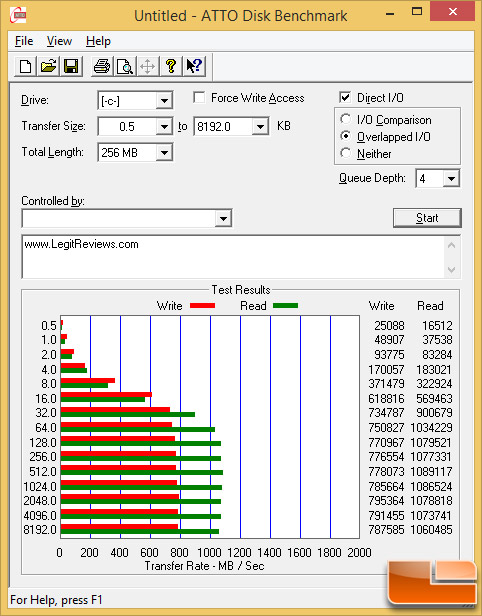 Taking a look at another storage benchmark called ATTO, we find that the SSD reaching speeds of up to 1089MB/s read and 795 MB/s write. These are very fast speeds and are faster than what any other Intel NUC was capable of! 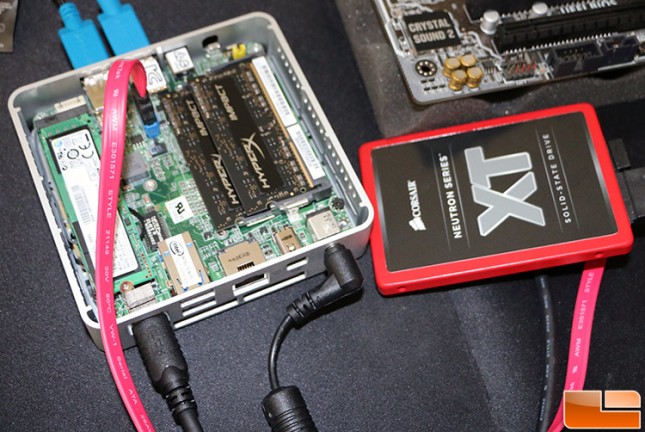 We tested the internal SATA III (6Gbps) storage drive header with a Corsair Neutron XT 240GB SSD that was powered by another power supply. 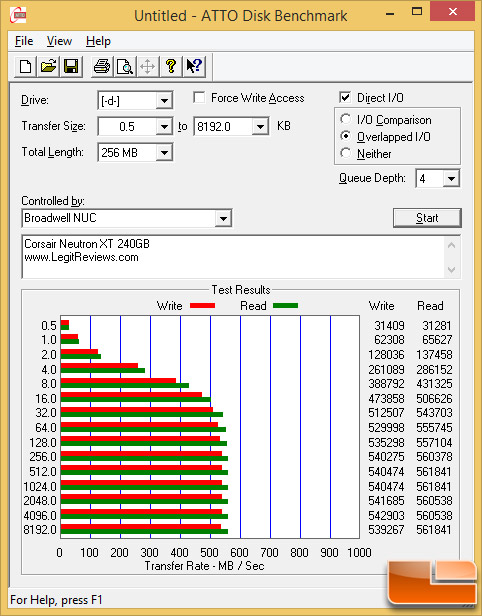 We were able to get 562MB/s read and 543MB/s write speeds on this internal header, so if you ever wanted to expand storage and switch cases you can easily get SATA III performance numbers. 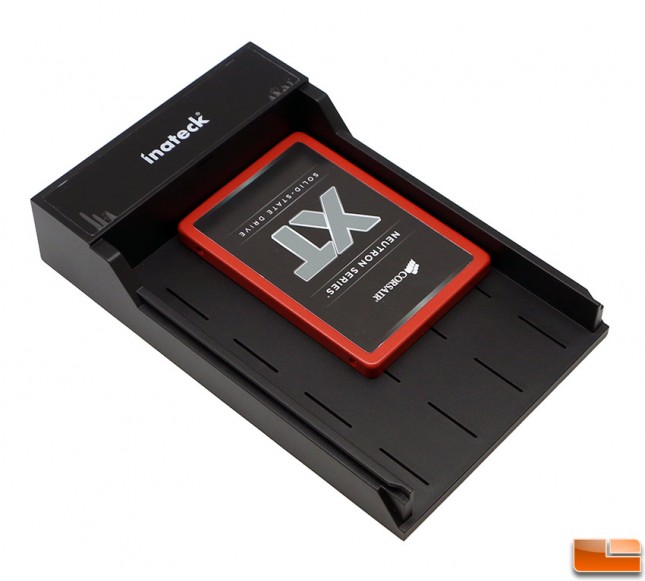 To try out the front and rear SuperSpeed USB 3.0 we used the same Corsair Neutron XT 240GB SSD in the Inateck FD1006C USB 3.0 docking station, which is the fastest USB 3.0 drive housing that we have. 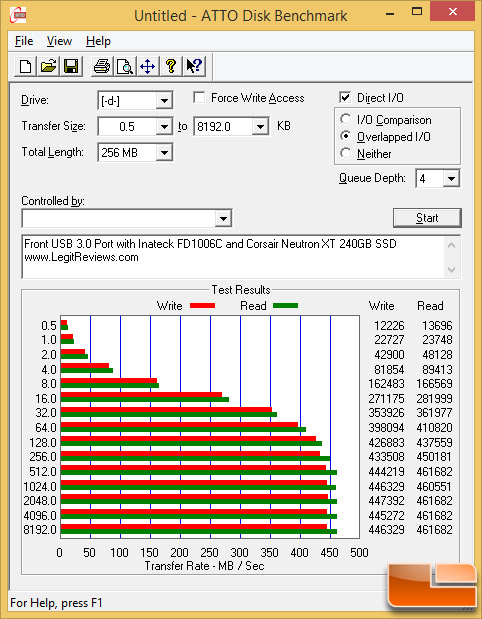 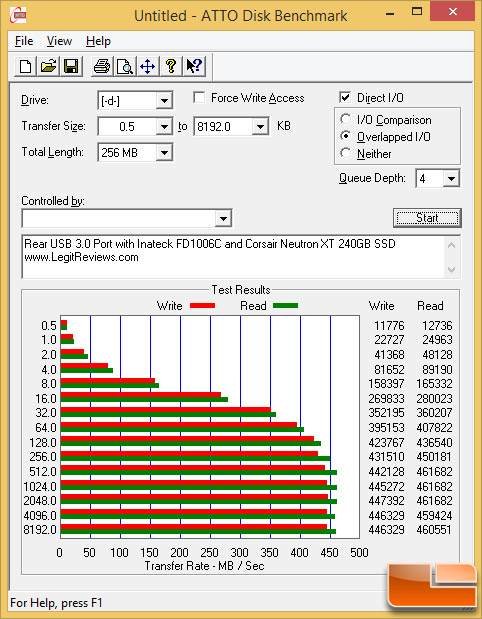 We tested all four USB 3.0 ports and found that we were getting 462MB/s read and 447MB/s write speeds on the Intel NUC NUC5i5RYK! It doesn’t matter what USB 3.0 port that you use, this system will max out both the USB 3.0 and SATA III interfaces!