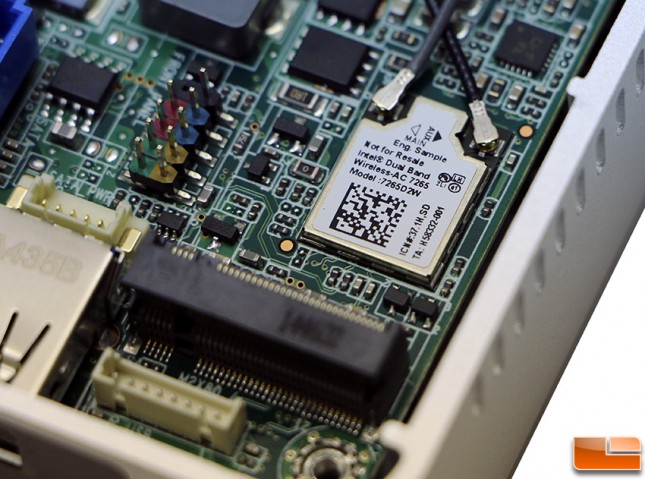 When it comes to wireless performance we used LAN Speed Test to check the performance of the included the included Intel Wireless-AC 7265 Card. This is one of Intel’s second generation 802.11ac Wi-Fi and Bluetooth cards for the ultimate wireless experience. This soldered down card is non-replaceable, so it better be good! The features show that it is a dual-band 2×2 wireless card (TX/RX Streams), so it has a peak theoretical peak speed rating of 867 Mbps. It also supports Bluetooth 4.0 devices as well as Intel Wireless Display (WiDi)! 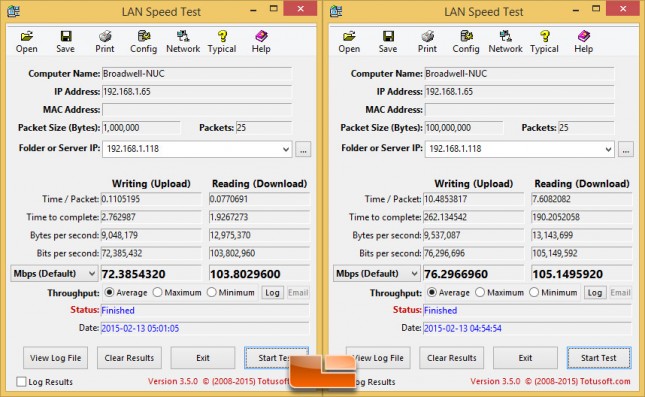 We used a desktop with Gigabit Ethernet to run LAN Speed Server that was hard connected to the ASUS RT-AC68U 802.11AC wireless router on the 2.4GHz band and moved it 15-feet away from the NUC test machine to check out performance with both 1MB and 100MB packets. We ran LAN Speed Test on the NUC with the wireless card to test the throughput and found roughly 74Mbps (9.25MB/s) average write speeds and 104Mbps (13MB/s) average read speeds. 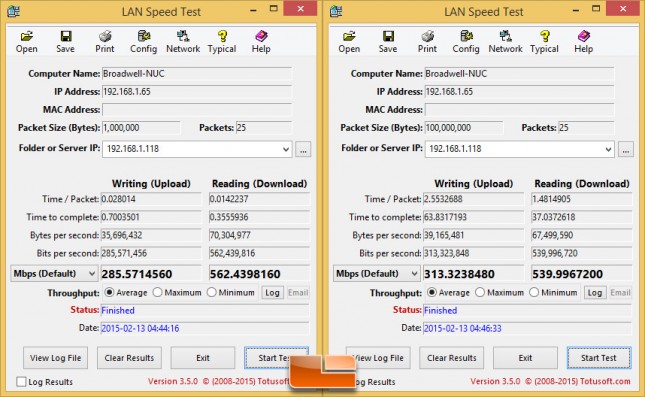 We repeated the test on the 5GHz band at the same distance and found much better wireless throughput. We are talking 300Mbps (37.5MB/s) average write speeds and 551Mbps (68.9MB/s) average read speeds. These are very respectable scores for a dual-band 802.11ac WiFi card!