With the Intel NUC NUC5i5RYK running the default BIOS settings with our hardware we find our Windows 8.1 system was consuming 6.8 Watts of power from the wall outlet!

When watching 1080P movie clips on YouTube we were generally in the 15-18 Watt usage range.

When gaming on the Intel NUC NUC5i5RYK we hit right around 38 Watts of power being used as both the CPU and GPU were under load. These are very low power numbers for a desktop computer and are great for someone looking for a system that is very energy efficient. Having a PC that is around 10 Watts for web surfing is always nice! 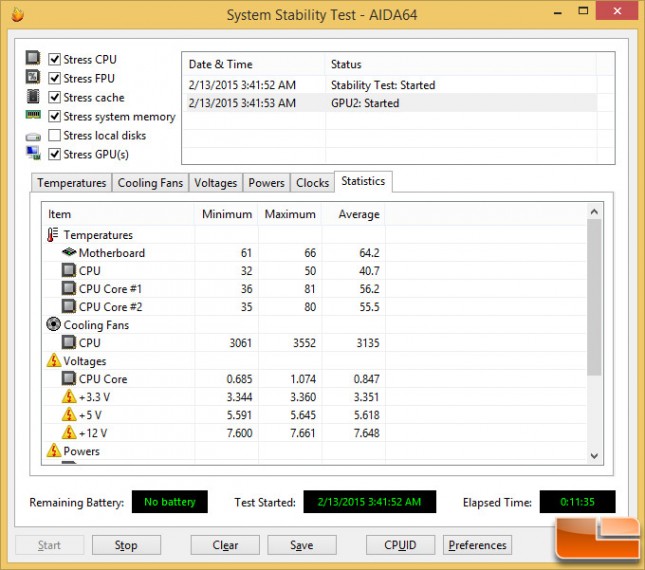 With regards to temperature testing we used AIDA64 and found the processor would idle around 35C and under the AIDA64 stress test we hit 81C on the CPU cores and 50C on the CPU. The fan peaked at 3550 RPM with this load test. 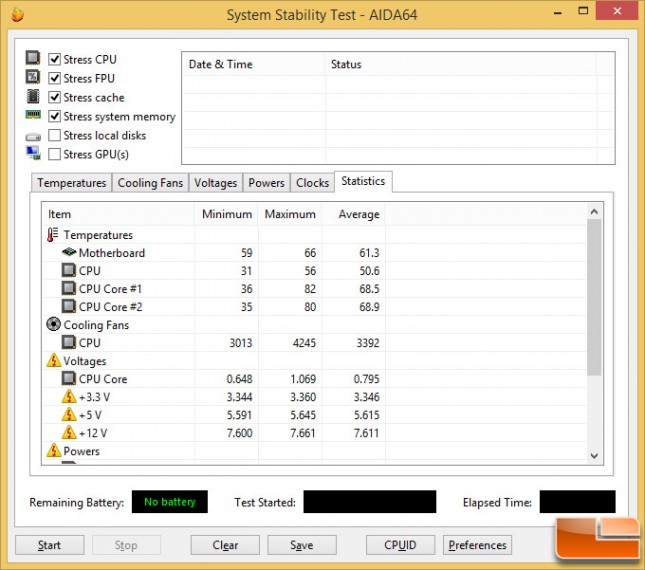 On another occasion we gamed for about half an hour on the NUC and noticed that the fan was much louder than the AIDA64 stress test. Sure enough we managed to hit 4200 RPM when gaming as the CPU cores hit 82C while the CPU hit 56C. The fan isn’t annoyingly loud, but it can be heard when the system is stressed for an extended period of time. 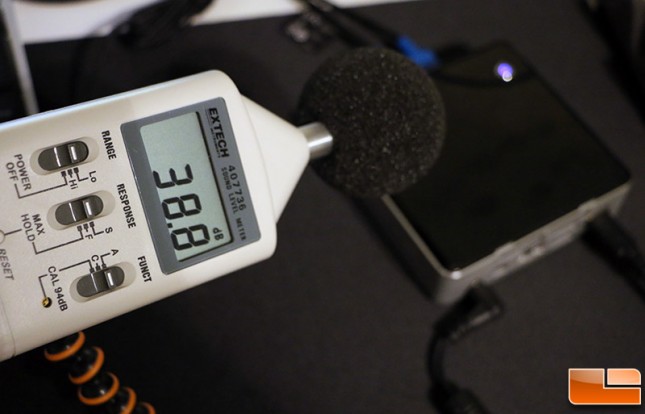 When the Intel NUC NUC 5i5RYK at idle we found the noise level to be 38.8dB with the sound meter about six inches above the side of the case. 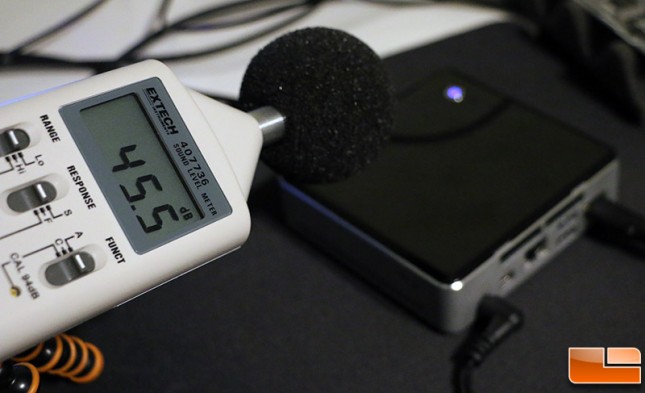 When gaming we found that the maximum reading to be 45.5dB. When the fan ramps up it clearly becomes audible, but it doesn’t sound like a hair dryer or anything like that.