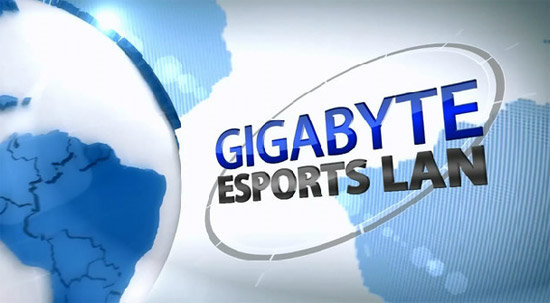 Last weekend we attended Gigabyte’s first ever eSports LAN Tournament.  This gathering was designed to be a massive PC gaming event that features eight of the world’s best eSports teams going head to head in Riot’s League of Legends and a 24 player StarCraft 2 invitational tournament. The event was held over a three day period on the campus of California Polytechnic University of Pomona and hosted by Gigabyte (of course!) with appearances by some top pro-gamers. The event also hosted the LANFest sponsor the Bring Your Own Case where enthusiasts participated in mini-tournaments with tons of prizes.  And when we say ‘tons’, it seemed like they were giving stuff away every hour in both the LANFest pavilion and Tournament area. 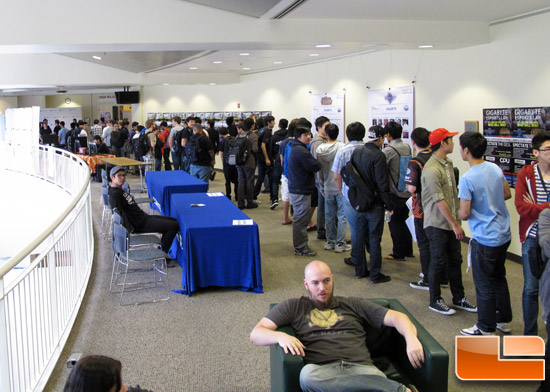 The GESL was not only streamed live on TwitchTV and open to the public. There was even a very good variety of hardware manufacturers who set up booths were setup for people to walk by and talk to company representatives and play with the latest hardware and games.  Think of it as a smaller, more personal E3. Besides all the various giveaways, there was a purse for the pro tournament for over $21,000!  Not so bad for an inaugural event. 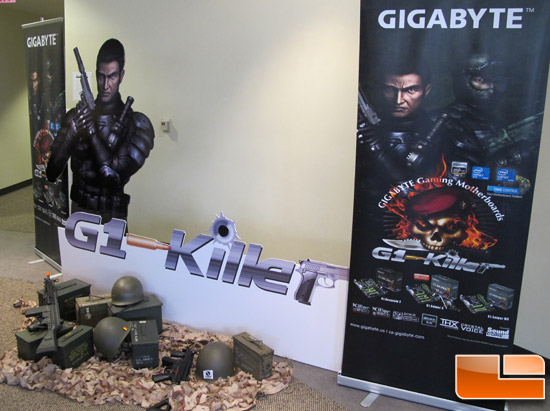 We talked to Irene Huang, PR manager for Gigabyte as the doors were opening to find out her perspective of the weekend.  Check out the video below to see what hosts Gigabyte expected from the weekend:

It took a little bit to get off the ground as the GESL hosts were having a bit of trouble with their internet connections on the campus of Cal Poly Pomona and some of the League of Legends teams not showing up for the sign-in, but it really didn’t take long for the wrinkles where ironed out. GESL officials expected 500 registered guests on the first day, which by the looks of things, they achieved.  Tickets were a very reasonable $15 that allowed you to have a front row seat to all the action for all three days, not to mention a nice goodie bag which included a guest badge, T-shirt, and many vendor coupons (and ads!). 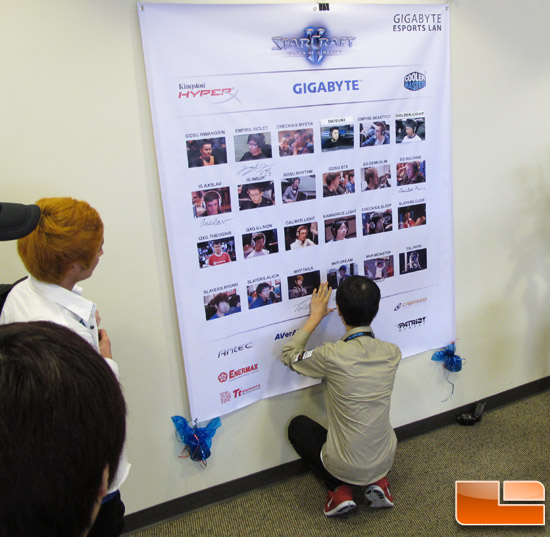 After the eSports group drawings, the teams relaxed in their practice rooms until it was their time to start their game.  As you can see, there were a lot of heavy hitters on the StarCraft 2 side include representatives from Team Slayers and Evil Geniuses. 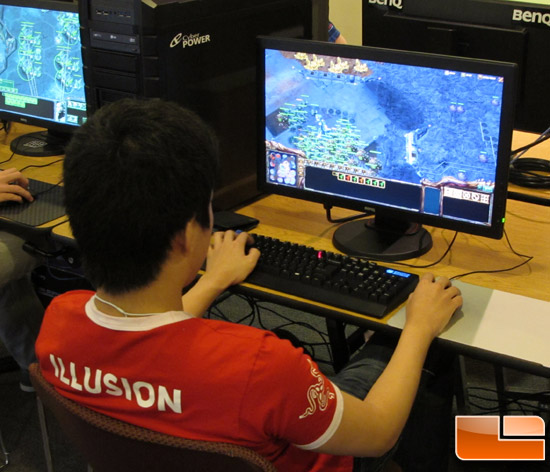 For those that don’t know, StarCraft is a military science fiction real-time strategy video game developed and released by Blizzard Entertainment. StarCraft 2, also known as “Wings of Liberty”, is set in the 26th century in a distant part of the Milky Way, the game revolves around three species: the Terrans, the Zerg, and the Protoss. 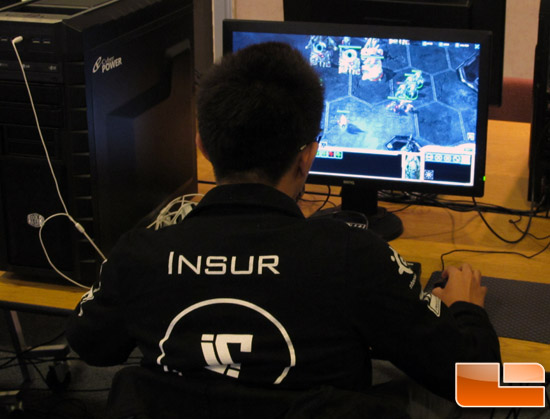 The shout casters for the StarCraft 2 player tournament were Gwin, DOA, Eg.Azael, and Thundertoss.  The tournament tested 24 of the best player’s skills in a hybrid format single elimination bracket that would ensure an intense match up. There was a surprise in this tournament for the players; they would not know which group they were in till the day of the match up.  The overall winner of the GESL tournament was MVPMonster with x6.Sleep coming in second and EmpireviOL in third place. GESL ended up being one of the most watched eSports events of the year so far and it didn’t hurt that the ‘reset’ on the StarCraft 2 Ladder coincided with tournament week. 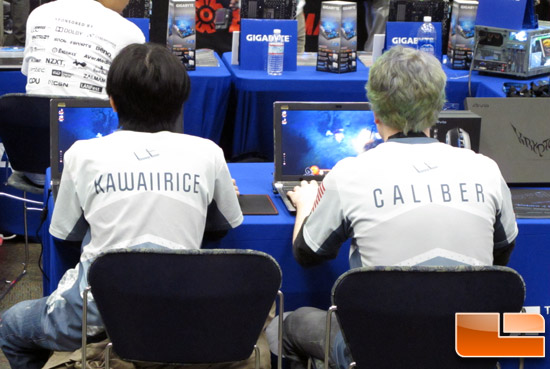 We took a closer look at the Red Bull StarCraft 2 Competition Booth and for those who have never been to a professional-level eSports competition, they place the competitors inside a fairly sound-proof box with identical gaming rigs – in this case CyberpowerPC who provide all the gaming rigs for GESL 2012.  The players brought in their own keyboard and mice and plugged up.  For this SC2 tournament, there used a Benq 24″ monitor as you can see below. 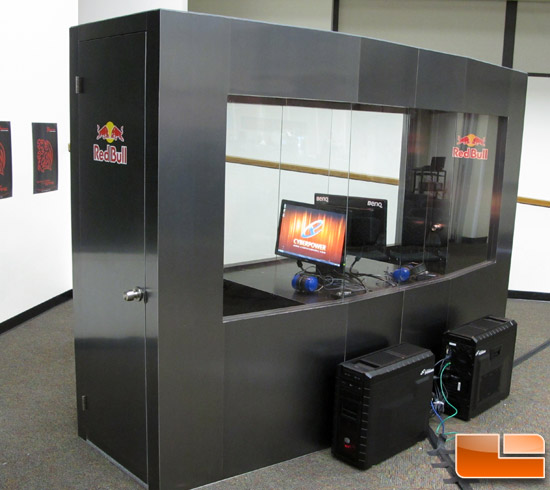 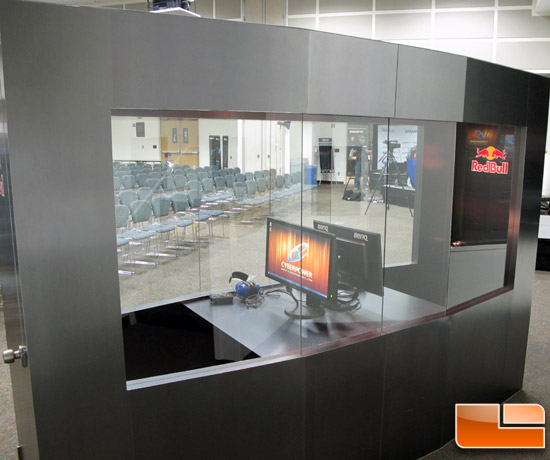 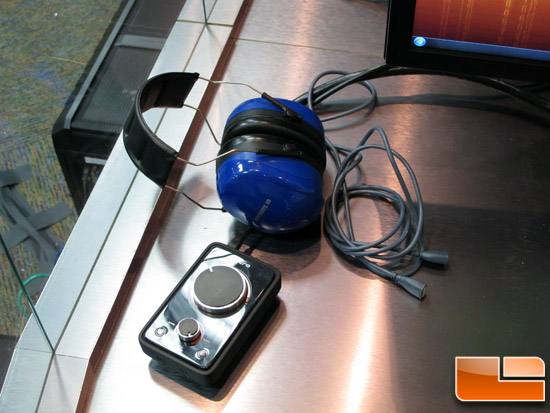 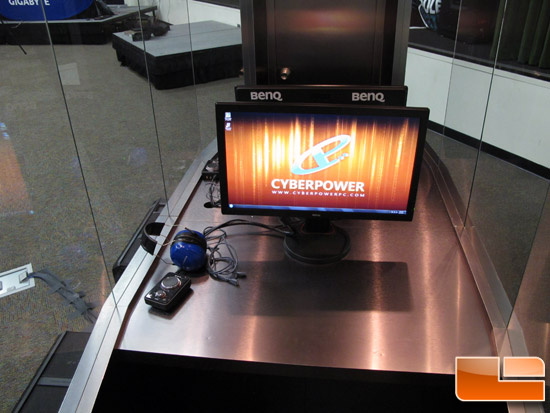 A little later on in the day, the League of Legends tournament got started.  League of Legends is a fast paced team oriented online game which will test both the skill and mind of the player. In League of Legends you will be a powerful summoner who calls forth champions to fight on the field of justice. The battles take place in unique worlds in 5v5 or 3v3 combat style.  You as a summoner will be able to choose from over 75 different champions.

At GESL 2012 there were eight teams pitted against each other giving the spectators amazing matches. The Shout casters for the pool play and the single elimination bracket were Torch and Wombat. The eight teams at the GESL were Curse, Team SoloMid, Counter Logic Gaming (CLG), Team Green Forest, Dirtnap Gaming, Team Dynamic, MTW, and CLG Black. The teams where put into two groups with the winner of group A, Team Dynamic and group B winner, Team SoloMid. 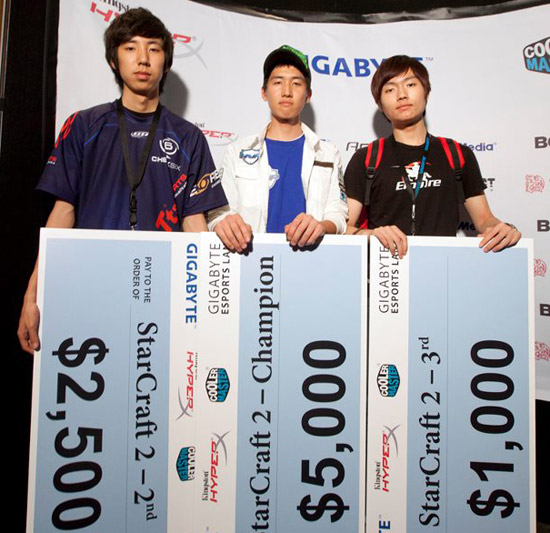 The overall winner As for the winner of the elimination bracket that would be Team SoloMid with CLG Black taking Second place and Counter Logic Gaming coming in at third place. 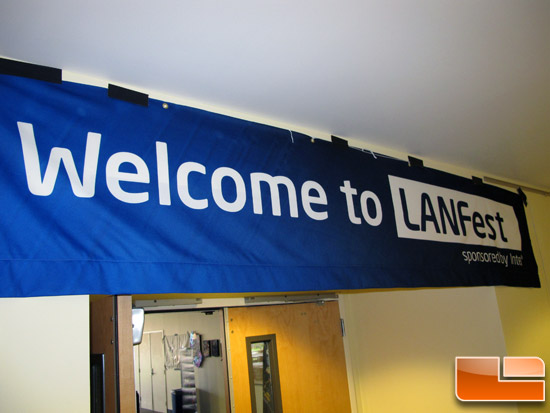 Over at the LANFest Hall Intel sponsored a BYOC for attendees to play against each other in the Bring Your Own Computer (BYOC) LAN competition. The BYOC LAN featured tournaments in Battlefield 3, League of Legends, Civilization, CounterStrike: GO, StarCraft 2, and even a Water Balloon Egg Toss! 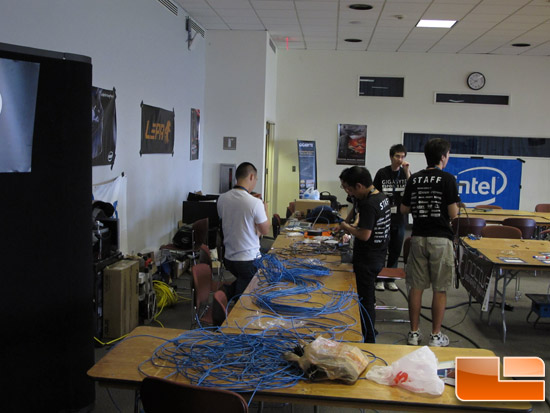 After some early issues with power and network conductivity, all the participants we talked to seemed to be having a blast….even when they were locked in to the facilities overnight!  I heard it made for some great PvP! 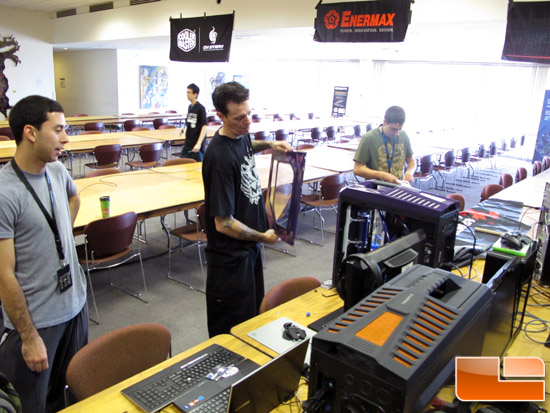 On the next page, we will take a closer look at the hardware manufacturers who were at the event.