In the PC and more specifically desktop arena, there wasn’t a ton of new products that were launched at CES itself. Many had come out some weeks or months before or are set to come out in the Q1-Q2 time frame. Even so, there were a lot we hadn’t seen and we’re guessing many of you haven’t seen them either. So rather than focus an article on one particular big product, we’re going to throw some mixed content up to give a little flavor of the show. First up, Seagate.

Something we saw a lot of during the show is the myriad of devices designed to centralize media content for wireless streaming/access. Of course, Seagate was a pioneer in that field so it’s no surprise that they have a new device for doing just that. 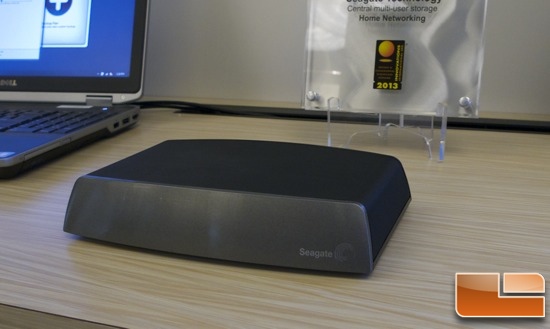 Connected to your home network, Central allows you to stream content to all of your gaming consoles, DLNA media players and smart TVs, back up your PC or Mac wirelessly, and access content remotely from a free app on your smartphone or tablet (iOS, Android and Kindle Fire). For iOS, it also supports Airplay. They have also partnered with Samsung to develop a Smart TV app for enhanced navigation. 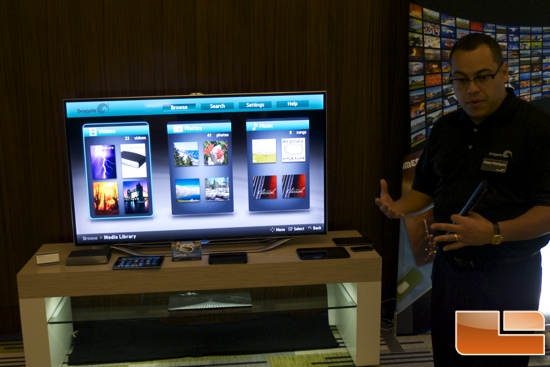 The user interface seemed fairly intuitive to the point that non-techie family members would be able to competently use it without giving the family geek a call. That’s good because kind of the point of these devices as the geeks are typically using a more traditional NAS. Storage capacities range from 2TB to 4TB and corresponding pricing looks like it will be $189 to $259. Look for it in the marketplace some time in March of this year.

Seagate was also showing off their hybrid SSHD drives and presented an interesting demo to us of a PS3 running a standard hard drive versus one running and SSHD to show how it impacts load times. Very nicely, I’d say.

LaCie collaborated with Philippe Starck to design the Blade Runner which was inspired by the movie of the same name but also describes the appearance having an amorphous center with evenly spaced blades throughout. These are not only for aesthetics but are integral for cooling as well. It’s 4TB in capacity and utilizes a USB 3.0 interface to connect. 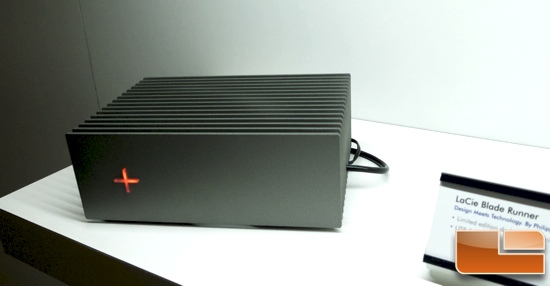 Only 9,999 of these are being made so if you want in on one, you’d better not wait around although we don’t know exactly when these will be available. The are individually numbered on the bottom right corner. The one on display was number 0961. It carries a $299 MSRP which is actually very competitive considering you can’t find a bare 4TB drive for under $300 much less in a stylish limited edition enclosure. Add to that 10GB of Wuala secure cloud storage and it becomes even more attractive. 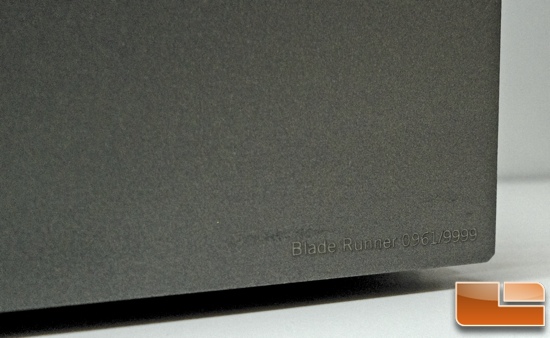 Need more storage with an even faster connection? LaCie has it covered there too with their 5Big Thunderbolt RAID storage. Store up to 20TB of data across five disks and access the data at up to 785MB/s. There are dual Thunderbolt ports for daisy-chaining and RAID configurations of 0, 1, and JBOD are available and hot swap is supported. You can set the RAID configuration yourself or let it do it for you in the most optimal way, allowing you add more storage on the fly. 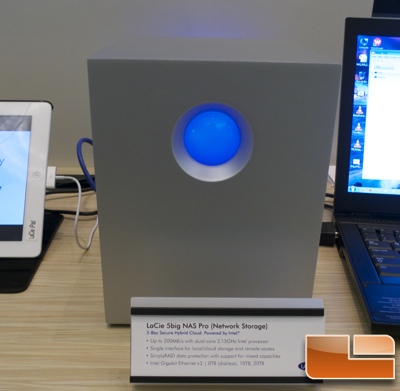