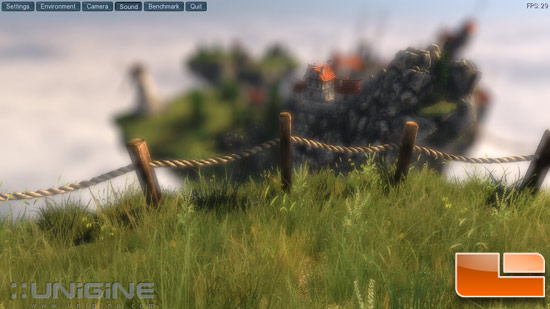 The ‘Heaven’ benchmark that uses the Unigine easily shows off the full potential of DirectX 11 graphics cards. It reveals the enchanting magic of floating islands with a tiny village hidden in the cloudy skies. With the interactive mode emerging, experience of exploring the intricate world is within reach. Through its advanced renderer, Unigine is one of the first to set precedence in showcasing the art assets with tessellation, bringing compelling visual finesse, utilizing the technology to the full extent and exhibiting the possibilities of enriching 3D gaming. The distinguishing feature of the benchmark is a hardware tessellation that is a scalable technology aimed for automatic subdivision of polygons into smaller and finer pieces so that developers can gain a more detailed look of their games almost free of charge in terms of performance. Thanks to this procedure, the elaboration of the rendered image finally approaches the boundary of veridical visual perception: the virtual reality transcends conjured by your hand. 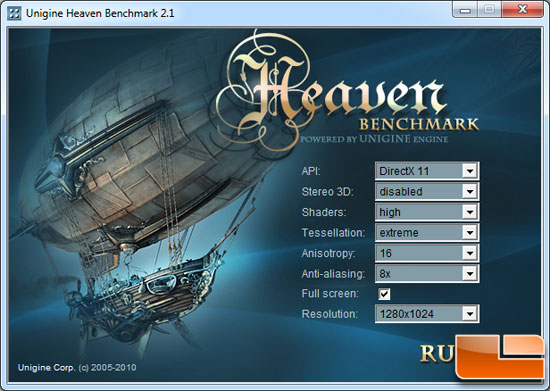 We ran the Heaven v2.1 benchmark that just recently out with VSync turned disabled, but with 8x AA and 16x AF enabled to check out system performance. We ran the benchmark at 1920×1200 and 1280×1024 to see how the benchmark ran at some different monitor resolutions. It should be noted that we ran the new extreme tessellation mode on this benchmark. These are the toughest settings that you can run on this benchmark, so it should really put the hurt on any graphics card. 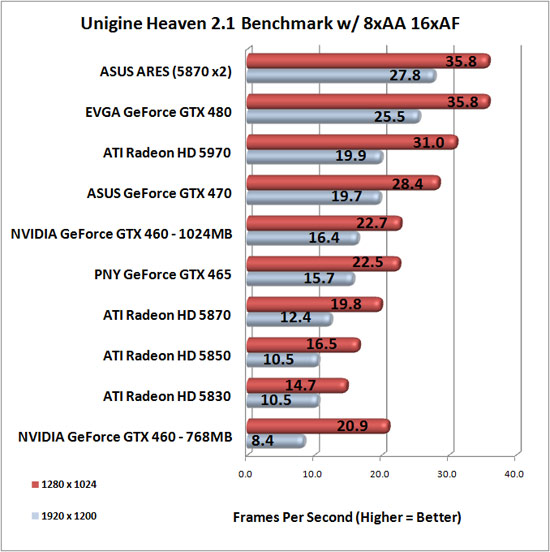 Benchmark Results: The Unigine Heaven 2.1 Benchmark is tessellation heavy and since the NVIDIA cards were designed to do tessellation they excel at this benchmark by a fair margin. At 1280×1024 the GeForce GTX 460 graphics cards both do well, but at 1920×1200 the 768MB card suffers a rather large performance hit. 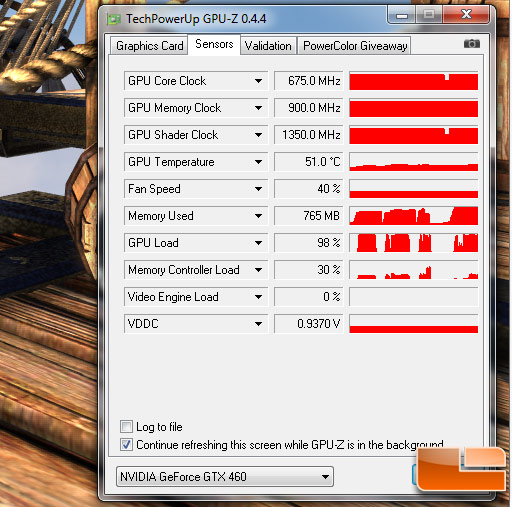