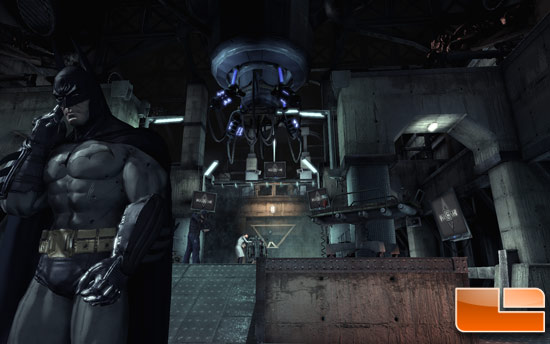 Batman: Arkham Asylum is an action-adventure stealth video game
based on DC Comics’ Batman for PlayStation 3, Xbox 360 and Microsoft
Windows. It was developed by Rocksteady Studios and published by Eidos
Interactive in conjunction with Warner Bros. 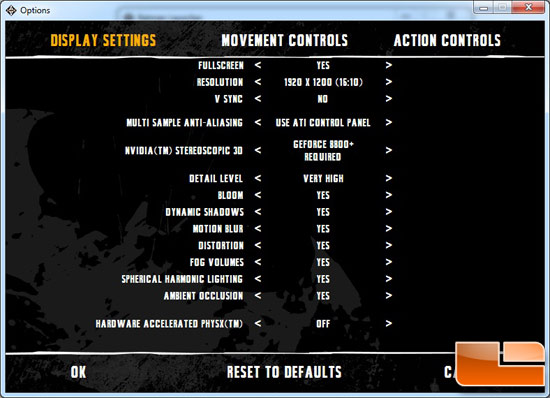 For our testing we set everything as high as it would go, except for Physx and NVIDIA Multi Sample Anti-Aliasing. 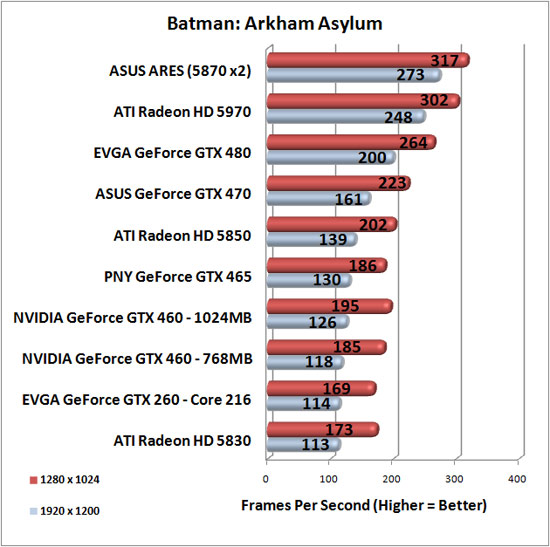 “Keep in mind that the GTX 460 has a memory bandwidth and fill-rate advantage, which helps it in older DX9 and DX10 apps. With 11 PolyMorph engines however, the GTX 465 outruns the GTX 460 in the most demanding apps that use tessellation extensively Stone Giant and Heaven.” – NVIDIA PR

It looks like the GTX 460 1GB and GTX 465 1GB video cards are going to be trading blows in this one.