A Closer Look At The GeForce GTX460 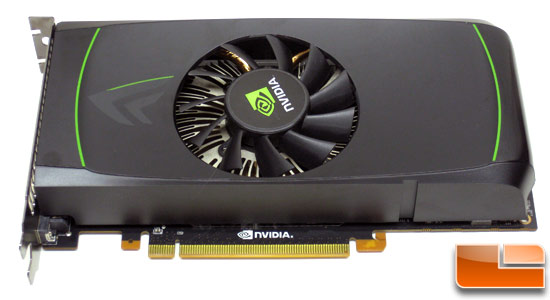 The PCB on the reference NVIDIA GeForce GTX 460 video card measures 8.25 inches in length
and the card stands at 4.376 inches tall. The card is a dual-slot cooling design for maximum cooling performance. 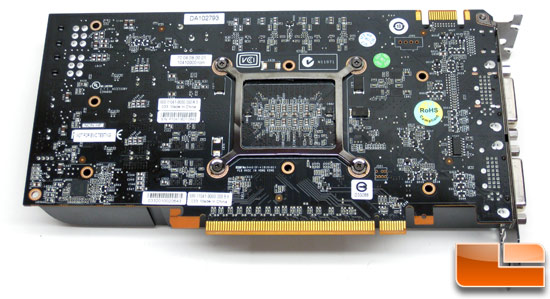 Flipping the NVIDIA GeForce GTX 460 video card video card over we don’t find too
many interesting things, but the card does have a back plate on it behind the GPU that has the only four screws used to hold the GPU cooler and shroud to the PCB. The reference design has eight other screw holes on it, but none were being used. It will be interested to see if retail board partners will utilize these mounting holes for different GPU coolers.

Notice that along the top edge of the GeForce GTX 460 that one SLI connector is placed on the card. This means that SLI and 3D Vision Surround configurations are supported, but it will not be able to run triple-SLI ever. 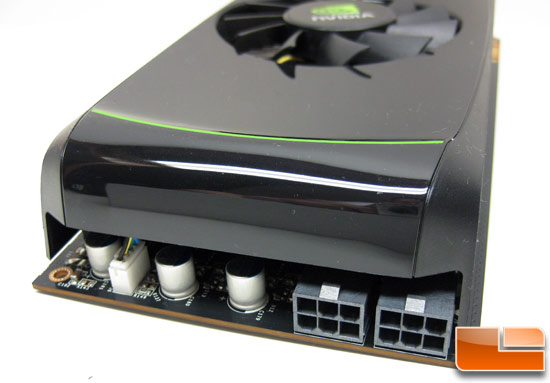 The NVIDIA GeForce GTX 460 video card requires a 450 Watt or greater
power supply with a
minimum of 24 Amps on the +12 volt rail. It also requires that the power
supply has two 6-pin PCI Express power connectors for proper connection.
It should be noted that
the NVIDIA minimum system power requirement based is based on a PC
configured with an Intel Core i7 3.2GHz CPU. If you are wanting to run SLI we are not sure the exact specifications, but an educated guess would say that a 500 Watt or greater power supply would be needed. 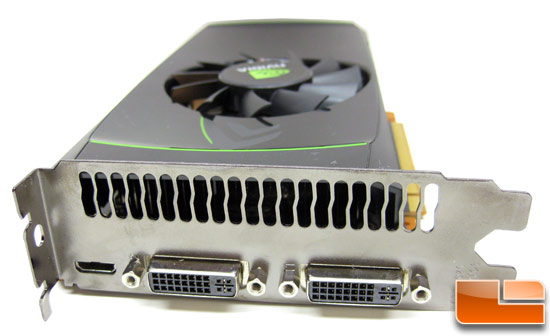 The NVIDIA GeForce GTX 460 GDDR5 graphics card has a pair of
dual-link DVI-I outputs along with a mini-HDMI output header. The NVIDIA GeForce GTX 460 features enhanced audio support over HDMI, this includes bitstreaming support for both Dolby True HD and DTS-HD Master Audio over HDMI. Notice that the cooling fan used on the GeForce GTX 460 extends past the plastic housing. We were told it was designed this way to help pull in cooler air from outside the fan shroud. This is a very interesting design and not one that we have seen on any reference card in the past decade. 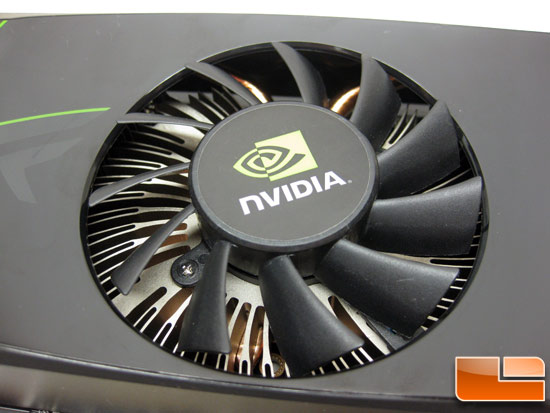 Here is a closer look at the center mounted 75mm fan that NVIDIA is using to keep the GTX460 cool, but with little fan noise. Under the 75mm cooling fan, NVIDIA is using a radial curved bifurcated fin heatsink design on the GeForce GTX 460 video card. This design is not new to us, as many years ago Intel began using this fin design on reference boxed CPU HSFs. 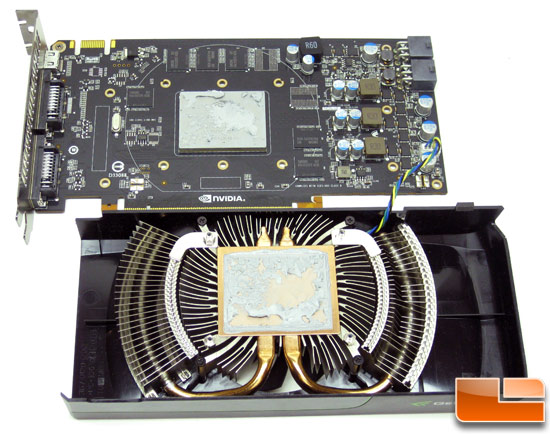 No review would be complete without a look under the hood of the NVIDIA GeForce GTX 460 video card, so we removed the four screws that hold the heat sink onto the GPU and off came the entire assembly. To remove the GPU cooler from the shroud we just needed to remove four more screws. 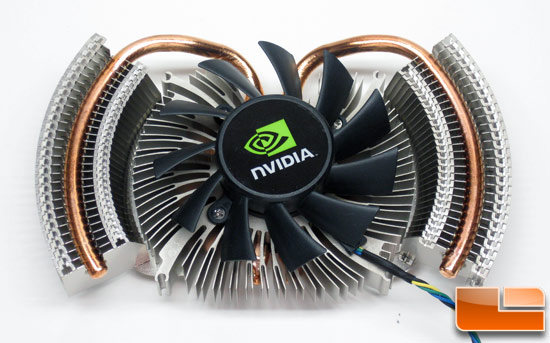 The GPU cooler used on the GeForce GTX 460 768MB and 1GB cards doesn’t look that big from the outside, but once you remove it from the fan shroud you can see that it is rather large. The two copper heat pipes also extend out to two separate stacks of aluminum cooling fins to better dissipate the heat generated from the GF104 die. 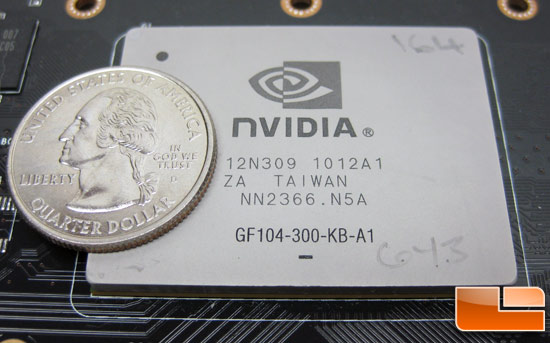 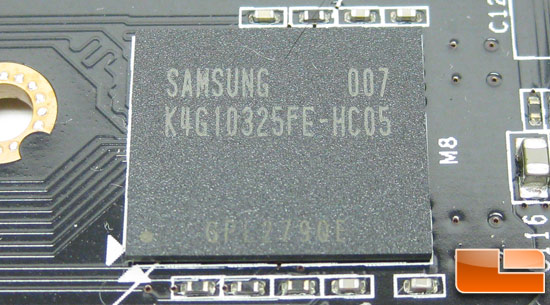 The NVIDIA GeForce GTX 460 768MB reference card uses six Samsung GDDR5 memory ICs that are part number K4G10325FE-HC05. Each one of the ICs are 128MB in size and that is how the card reaches its 768MB frame buffer. If you look at the picture of the front of the PCB with the cooler removed you’ll notice that two memory IC locations are missing. On cards with 1024MB of memory two more ICs are included, so that brings the total up to eight 128MB GDDR5 memory ICs, which is how the 1GB cards have 1024MB of frame buffer. The PCB’s and GPU Cooler remains the same on both GeForce GTX 460 video cards. Let’s take a look at the test system and look at some performance numbers!