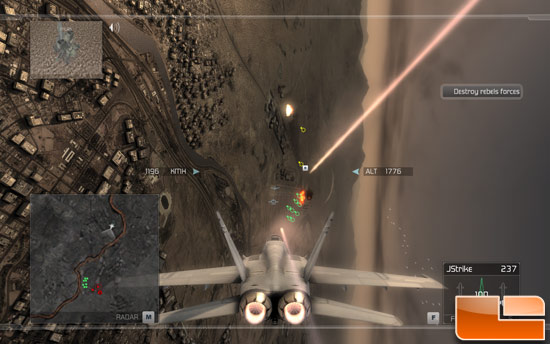 The game has a built-in benchmark that is very tough on video cards! 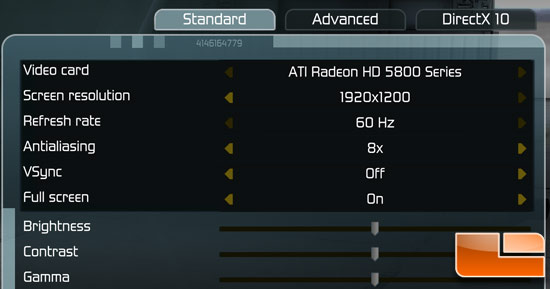 For this game VSync was turned off, but
Antialiasing was turned on and set to 8x for better image quality.

All of the DirectX 10 options were set to
high including Ambient occlusion (SSAO) on both the NVIDIA and ATI
graphics cards. The game was patched with update v1.2, which was the
most current patch. 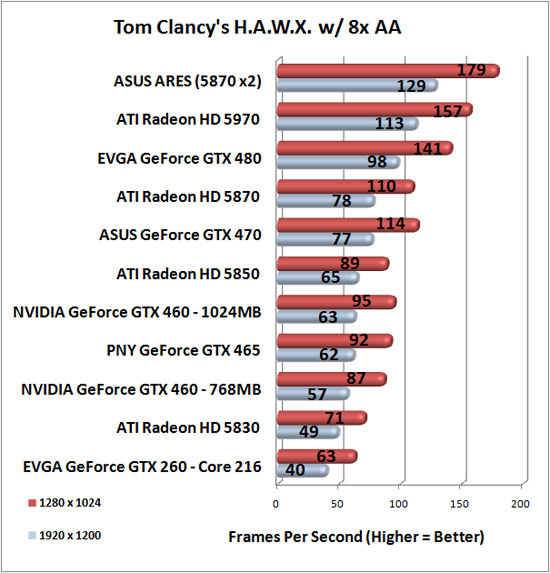