For testing power consumption, we took our test system and plugged
it into a Kill-A-Watt power meter. For idle numbers, we allowed the system
to idle on the desktop for 15 minutes and took the reading. For load
numbers we measured the peak wattage used by the system while running
the OpenGL benchmark FurMark 1.8.2 at 1920×1200 resolution. 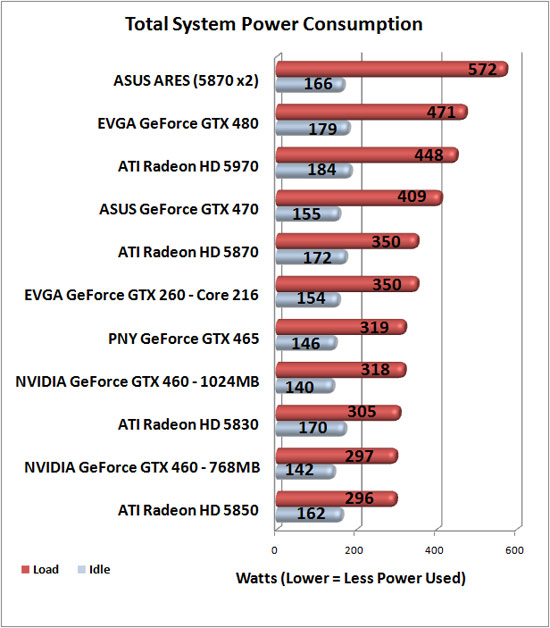