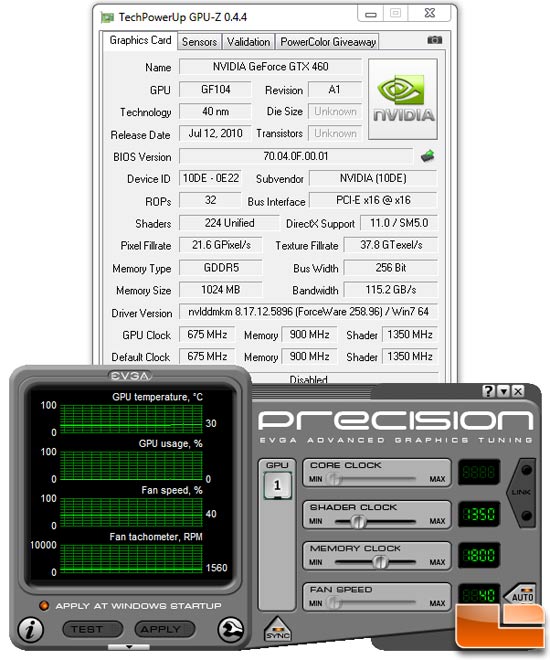 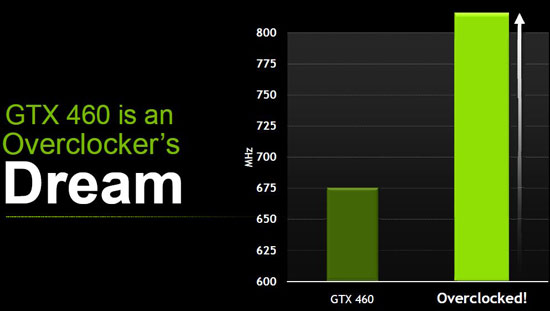 NVIDIA claims the NVIDIA GeForce GTX 460 video card is an overclocker’s dream, but we will figure that out on our own! 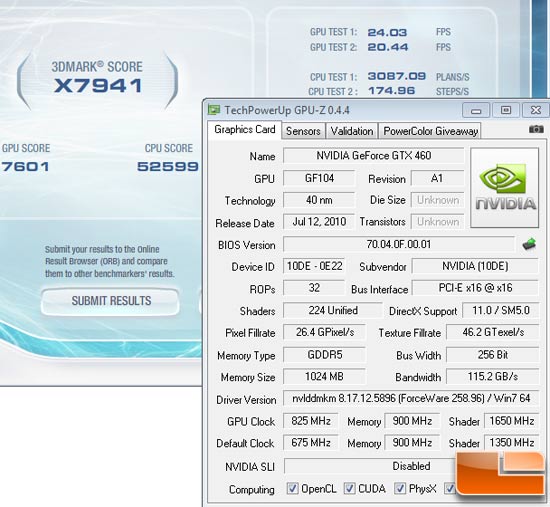 Running 3DMark Vantage with the Extreme
preset we got a base score of X6635. By not even touching the memory and cranking up the core/shader slider up to 825MHz we saw the score go up to X7941 3DMarks when
overclocked with SmartDoctor, which was an improvement of 19.7%. We were not done here though as the card still has some more room left in it, plus we didn’t even overclock the memory. 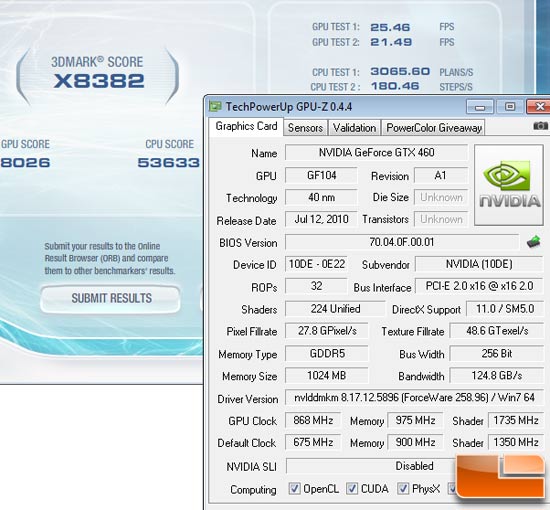 The highest overclock that we were able to reach with full stability was 868MHz on the core and 975MHz on the memory clock. The core overclock was 193MHz higher than stock, which is an increase of ~29%! The 336 CUDA cores were running at 1735MHz with these settings! That is a far cry from 1350MHz! This bumped our 3DMark Vantage Extreme score up to X8382, which is is a ~26% faster than stock. This card has amazing overclocking potential for enthusiasts that are comfortable overclocking. 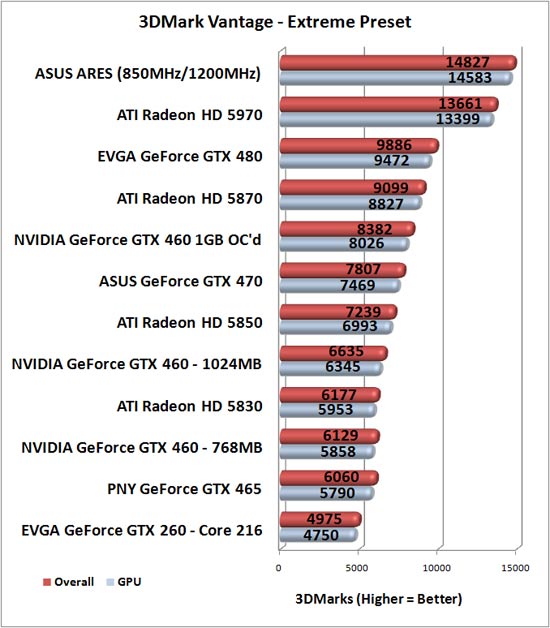 This overclock puts the NVIDIA GeForce GTX 460 ahead of the GeForce 470 in terms of 3DMark performance and just behind the Radeon HD 5870. An amazing performance increase for the $229 graphics card. 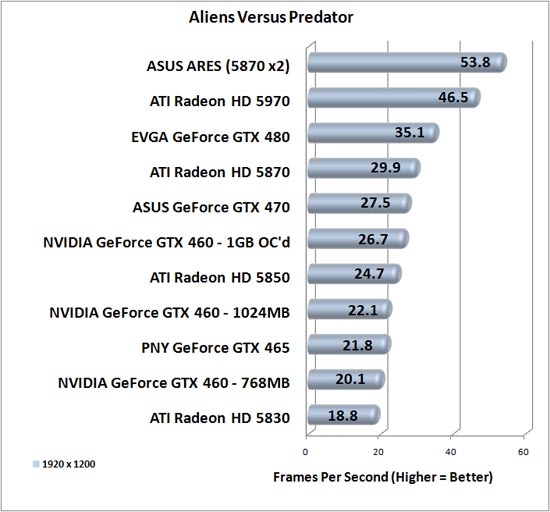 We tried out the massive 868MHz core clock overclock in the PC Game title AvP at a resolution of 1920×1200 as it was one of the toughest benchmarks that we used in testing. The frame rate went from 22.1 FPS to 26.7 FPS. That is an increase of 21%, so overclocking the GeForce GTX 460 graphics card is well worth the effort!