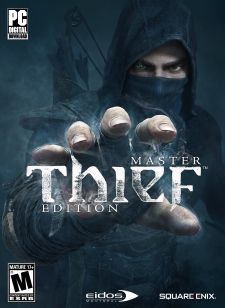 This is the fourth game in the Thief series developed by Eidos, and was released in late February 2014.  With an integrated benchmark, it gauges how well your system should be able to run Thief in your system.  Thief is a stealth based game, where the main character is a master thief in a medeival world. 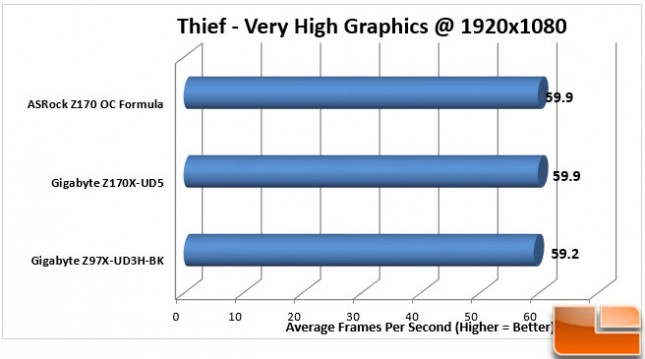 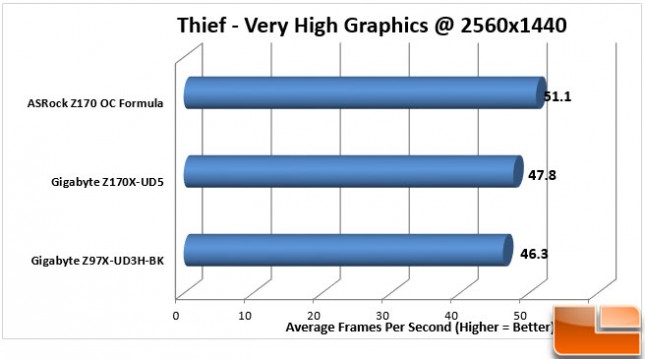 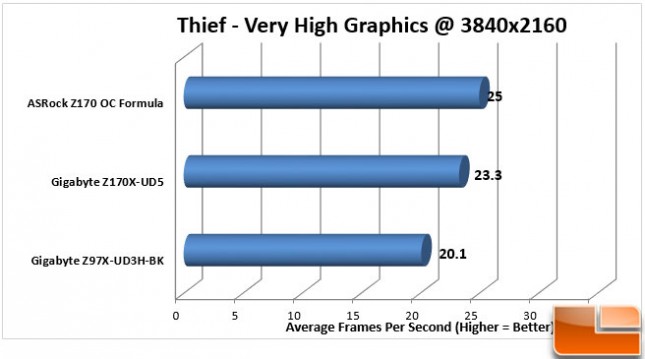 Legit Bottom Line:  This system obviously hits a frame cap of 60FPS for 1080P resolutions, increasing the resolution to 2560×1440, we start to see a difference that a motherboard makes.  Does 3FPS make a difference?  That’s a tough call, however we can see a trend throughout the testing that the ASRock Z170 OC Formula motherboard is well tuned.