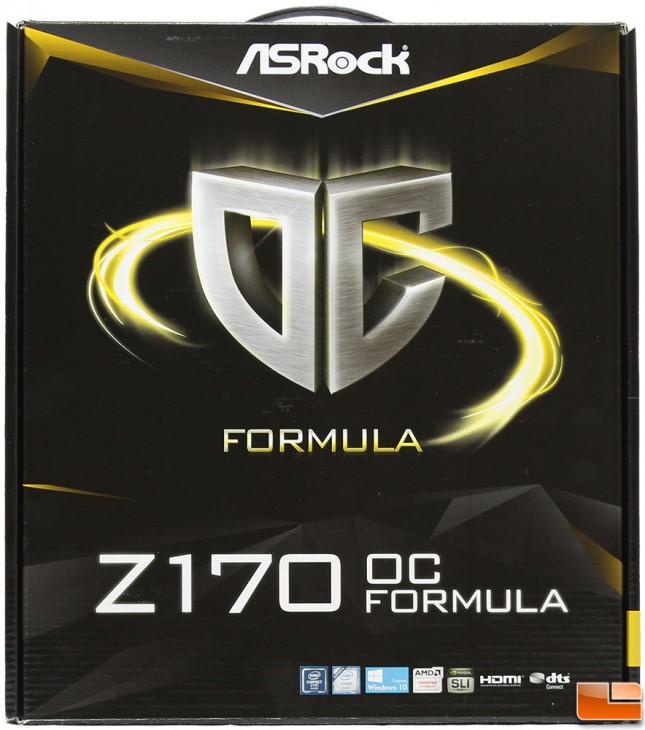 The front of the box for the ASRock Z170 OC Formula isn’t very fancy.  Obviously the biggest thing to get across to the user is the model, which they have easily done.  The model of the motherboard takes up a huge portion of the front, with a few of the highlights taking up a much smaller portion in the lower corner. 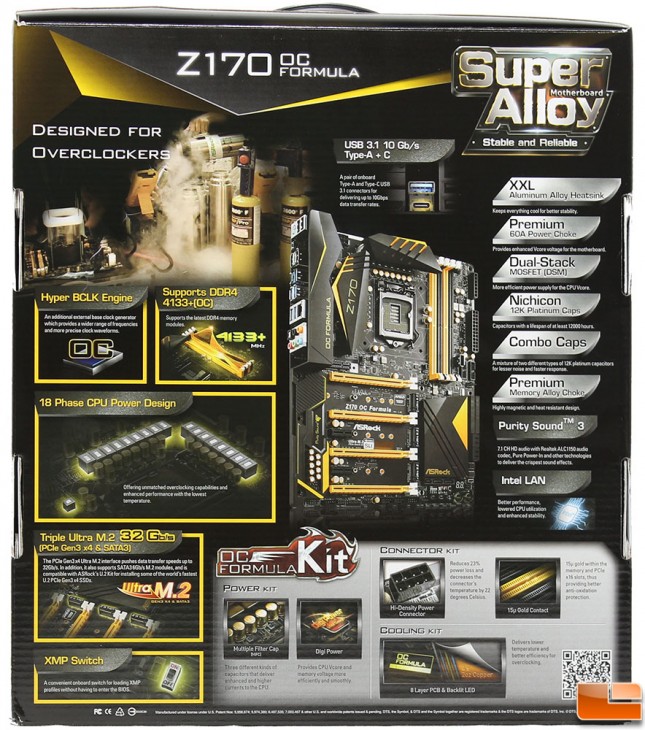 While the front of the box doesn’t tell you much about the ASRock Z170 OC Formula, the back of the box goes into great detail on what it is capable of.  If a motherboard that is called “OC Formula” doesn’t indicate it is designed to be overclocked, ASRock specifies that on the back, no mention that it was designed by Nick Shih here though.

Opening the box, we are greeted by the various access that ASRock includes which are important to getting a system up and running quickly.  Beneath the accessories tray we find the motherboard that has been placed in an anti-static bag to help protect it. 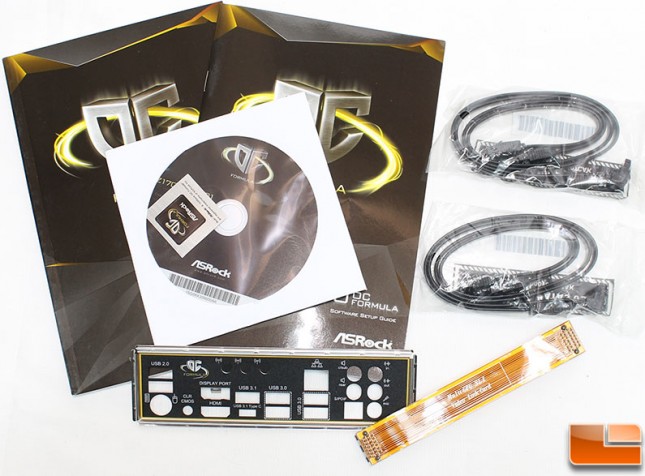 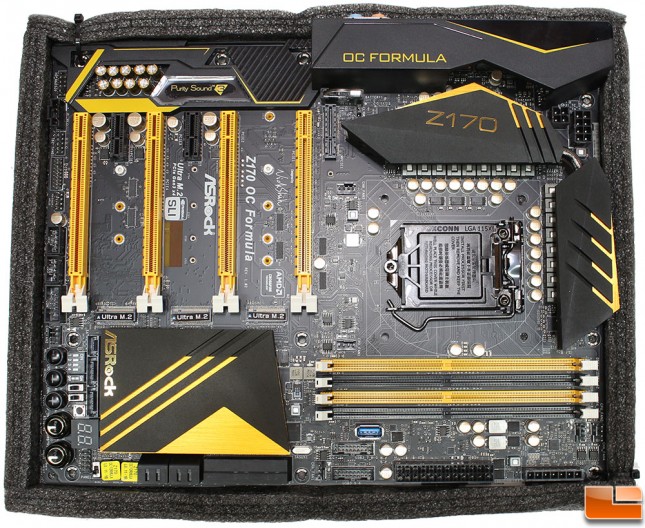 Not only did ASRock pack the Z170 OC Formula in an anti-static bag (which is very normal), they also placed it in a foam tray.  However, they didn’t stop there; using the mounting holes on the motherboard, ASRock used two cable ties to secure the motherboard to the foam tray.  This makes sure it doesn’t come out of the foam tray in shipping, and protects the precious cargo.