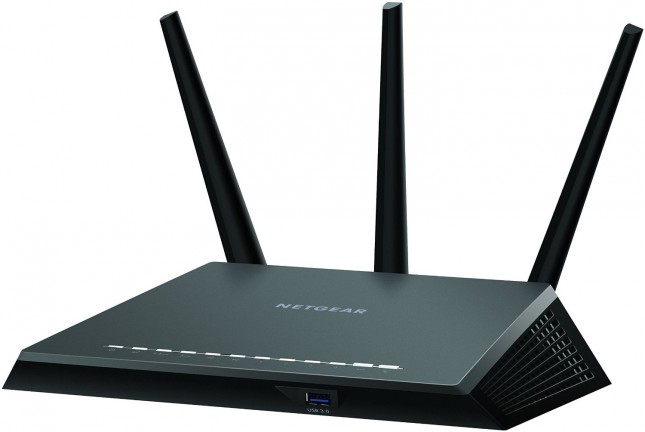 We will be using LAN Speed Test to measure how well the integrated Intel ethernet connection works.  Between the two test systems, is a Netgear Nighthawk AC1900 (R7000) wireless router to enable the connections between the ASRock Z170 OC Formula test system  and another PC on the network. 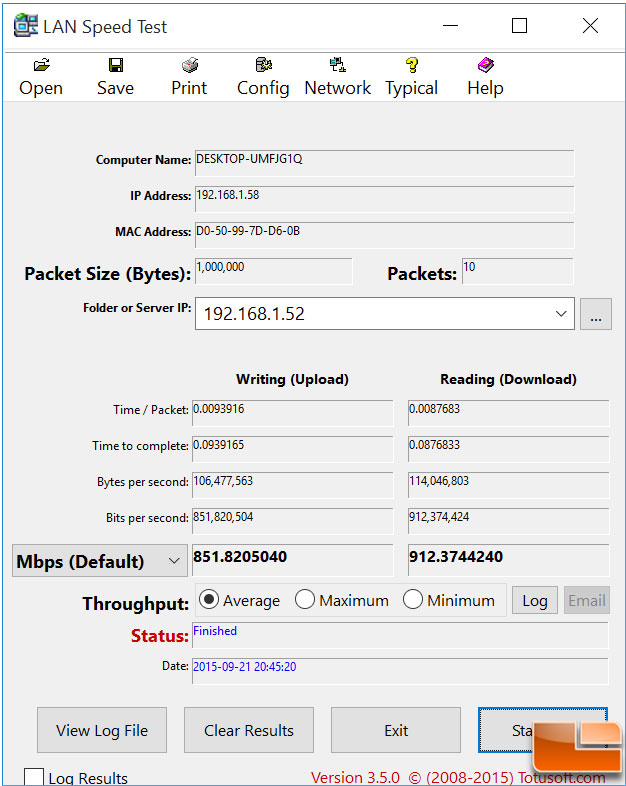 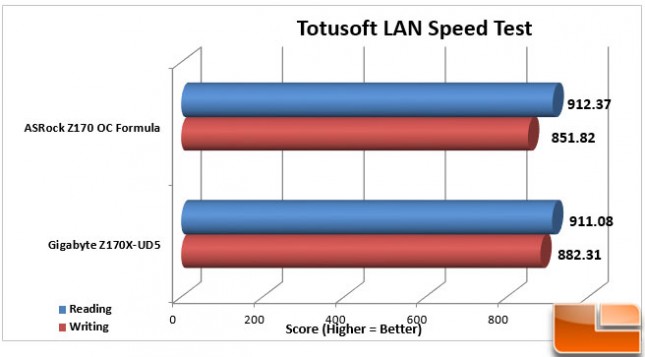 Legit Bottom Line:  The ASRock Z170 OC Formula received average scores for the LAN Speed Test.  Download information came in at 912.37Mb/s, while the Upload speed came in at 851.82Mb/s.  However, comparing the LAN Speed Test to the other Z170 motherboard, the Download speed came in pretty much identical, while the Upload speed was around 30Mb/s slower on the Z170 OC Formula.