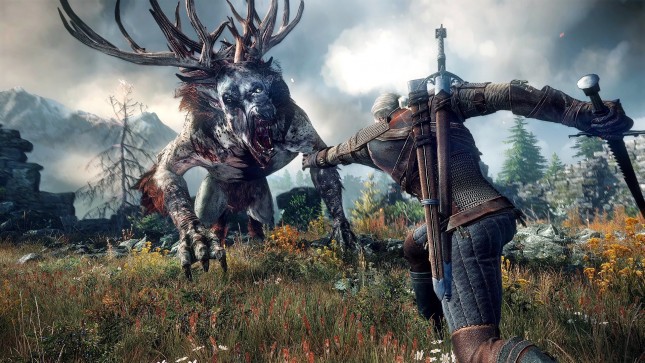 Released in May 2015, the Witcher 3 is the final game in the Witcher series.  It utilizes the REDengine3 with Umbra 3 developed by the developer, CD Projekt RED.  It features the hero, Geralt, on a quest to eliminate the Wild Hunt and rescue his adoptive daughter.  Taking place in an open world that is one of the largest worlds in a game, it includes multiple ecosystems, a day and night cycle, dynamic weather, and roaming NPC’s. 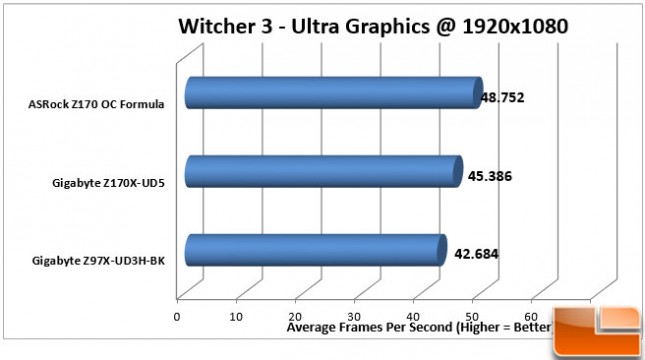 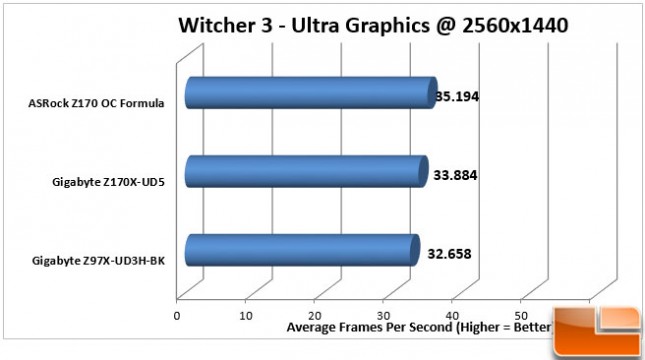 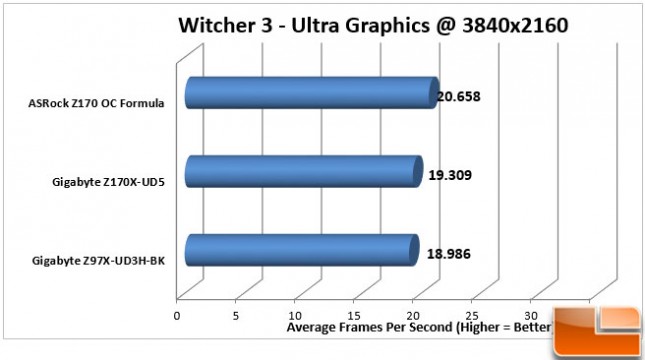 Legit Bottom Line:  At 1080P, The Witcher 3 was able to get decent framerates with everything maxed out, this includes NVIDIA’s Hairworks.  As we increased the resolution, the framerate dropped, at 2560×1440 it was still playable, however at 4K it wasn’t.  As we have started to expect, the ASRock Z170 OC Formula was able to provide the best framerate at any resolution.