The Persistence of Vision Ray-Tracer (POV-RAY) is a high-quality tool used for creating three dimensional graphics.  It includes an automated benchmark which allows for results to be compared across multiple systems without worrying about settings.  The test shows that is maximizes the CPU across all four cores, utilizing all eight of the logical processors.  It doesn’t utilize the memory or disk I/O for it’s rendering, purely the CPU. 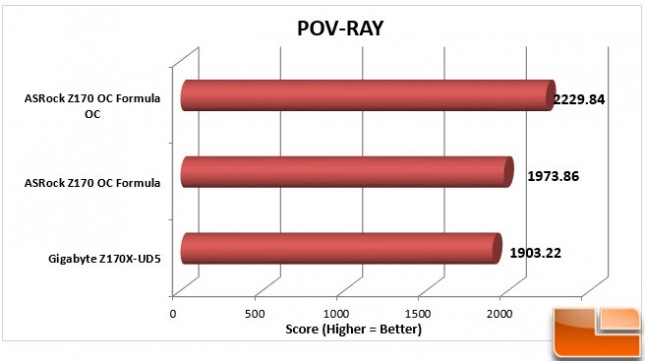 Legit Bottom Line:  With both the Gigabye Z170X-UD5 and ASRock Z170 OC Formula running at the same clock speeds, the ASRock motherboard scored around 3.7% better.  Overclocking increased the performance in POV-RAY by an additional 13%.  A boost in performance of 13% that is easy enough that anybody could do it, is pretty significant.

Maxon Cinebench R15 is a great benchmark for 3D content creators as it is based on the award winning animation software, CINEMA 4D which is used in many blockbuster movies. 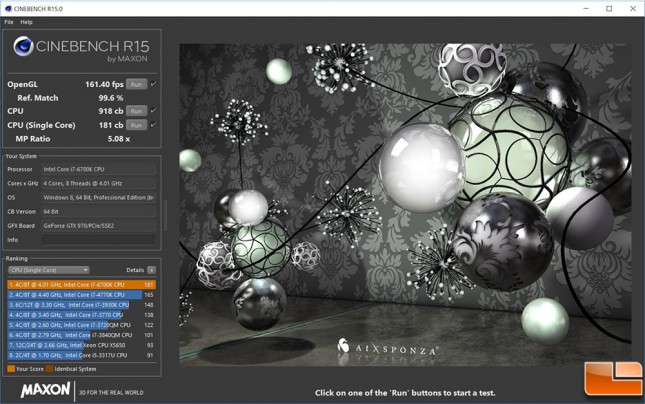 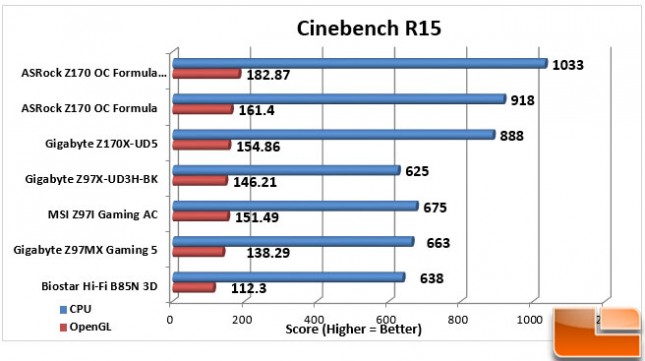 Legit Bottom Line:  Even in Cinebench the ASRock Z170 OC Formula did about 4% better in the CPU test then the other Z170 motherboard.  Which of course increased once the CPU was overclocked, increasing the performance by a little over 13% compared to the base clock speeds.