Using a P3 Kill-A-Watt we monitored the power usage of the ASRock Z170 OC Formula system during our testing and made note of the lowest and highest readings. 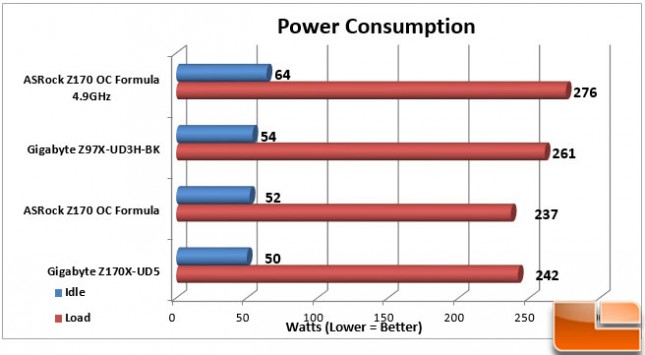 To monitor the temperature of the CPU, we used CPUID Hardware Monitor 1.28.  It tracked the Minimum and Maximum temperatures for all four cores, which was then averaged.  The Idle condition temperature was done by allowing the system to sit at the desktop with no applications running.  For the Load temperature score, we ran through all the various benchmarks included in this review, and played a couple of games for an hour.  The ambient temperature in the room was kept at 21C (70F). 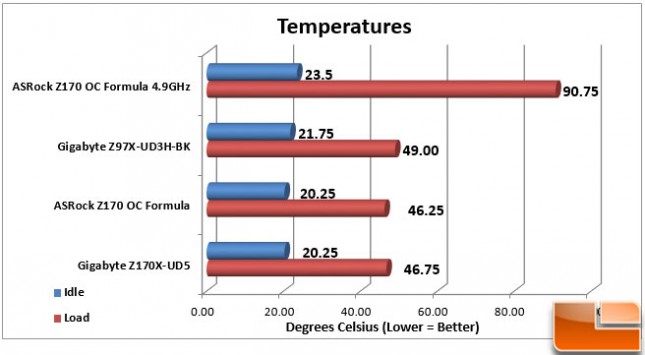 Legit Bottom Line:  Temperature wise, both Z170 motherboards we tested received pretty much the identical temperature readings throughout testing.  While overclocked though, the Z170 OC Formula averaged over 90C while gaming, that is pretty high, and wouldn’t recommend keeping it there for long term gaming.