All tests were performed on a fresh and up-to-date install of Windows 8 Pro x64 with no other applications running while using AHCI mode set through the BIOS. Synthetic Benchmarks were run with the OS loaded on a 120GB Corsair Force SSD. In between every test, the test drive was secure erased using an instance of OCZ’s toolbox utility. As such, all results should be indicative of optimal performance. All components were set to their default speeds and are listed below.

For the OCZ RevoDrive 350 480GB PCIe drive, the readout on CrystalDiskInfo 5.2.0 shows that both NCQ and S.M.A.R.T. are enabled, as well as TRIM. This is a great free tool to see lots of detailed information about the drive such as the firmware version for which we are running the latest available at the time of testing 2.50. 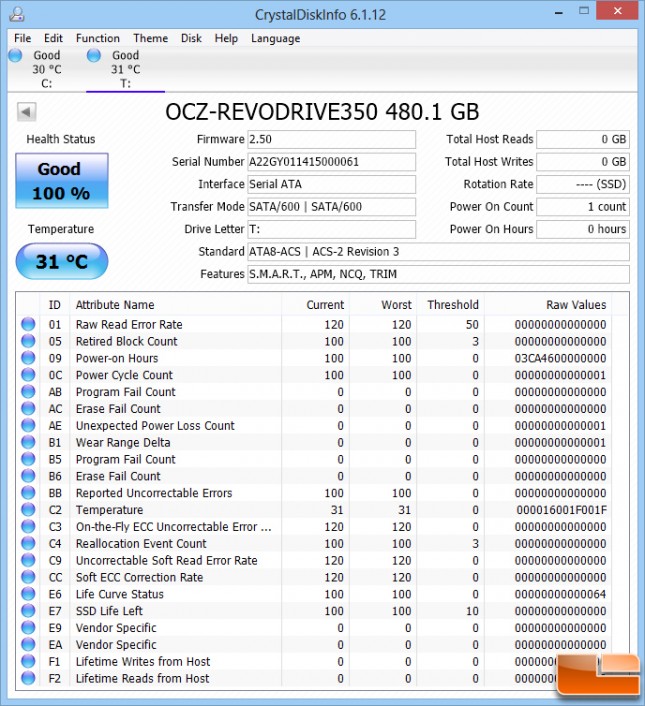