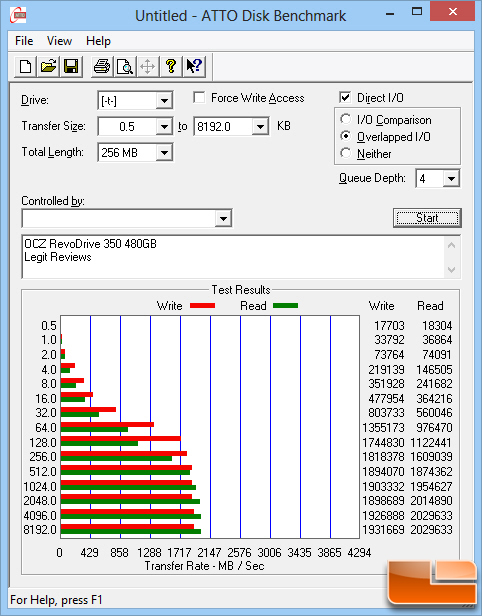 Benchmark Results: It’s no surprise that the RevoDrive 350 thoroughly trounces all of the SATA III based drives we have in our comparison chart. It really smokes them all with the 2030MB/s read and 1927MB/s write speeds! 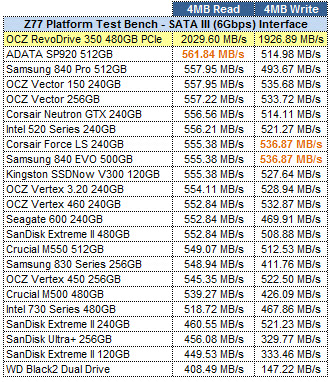 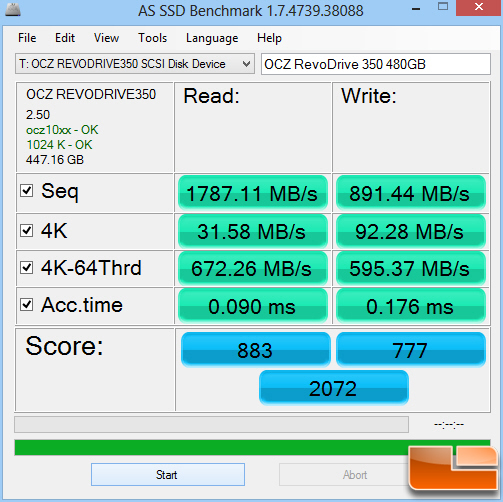 Benchmark Results: Here we see performance pull back a bit, mainly in the writes, as the incompressible nature of the data used does not allow the SandForce controllers to stretch their legs. 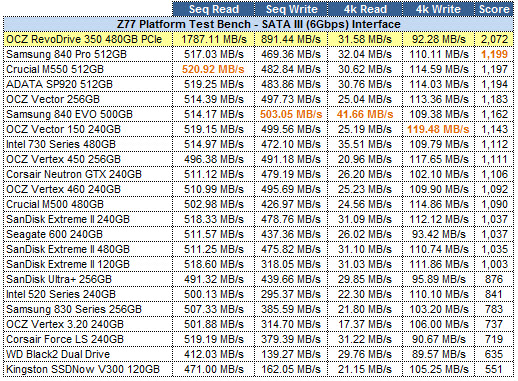 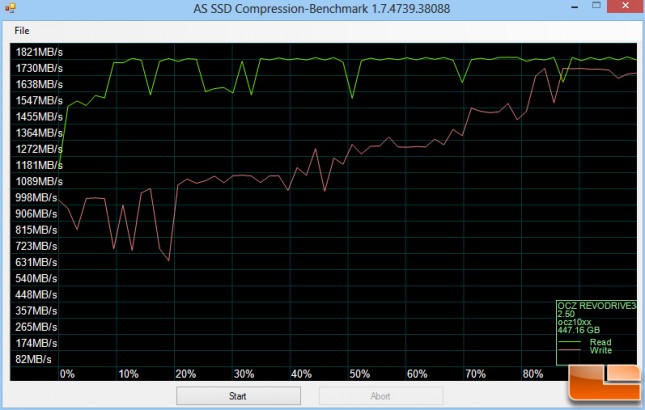