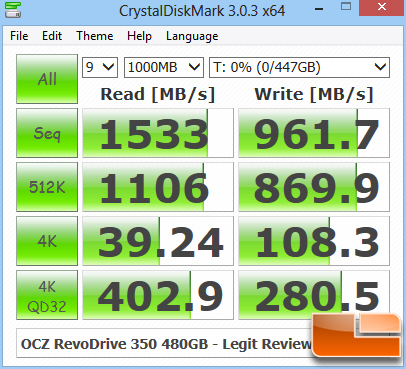 Benchmark Results: Again, performance not as good here as we saw on ATTO but it still way ahead of the SATA III drives, at least on the sequential benchmarks. The 4K numbers are actually pedestrian in contrast. 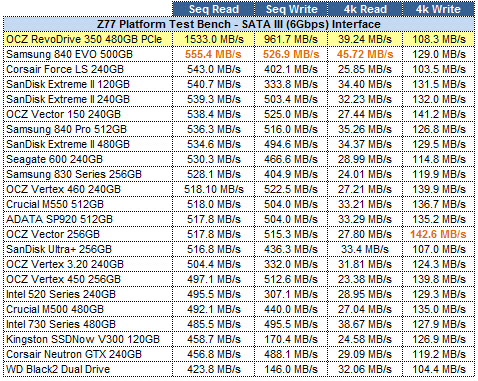 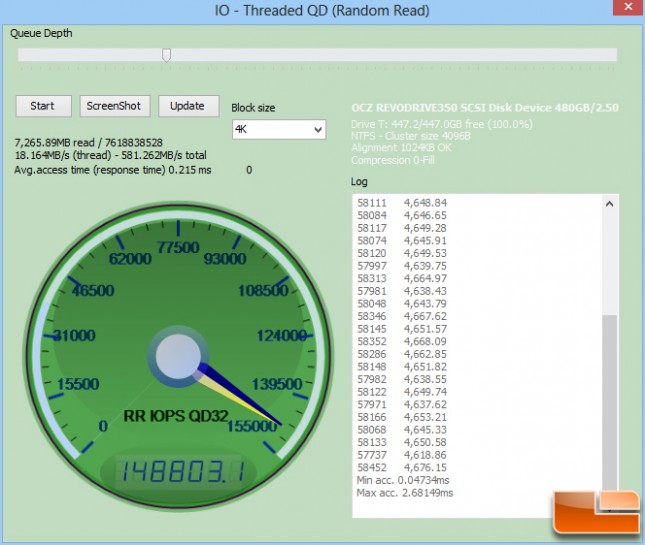 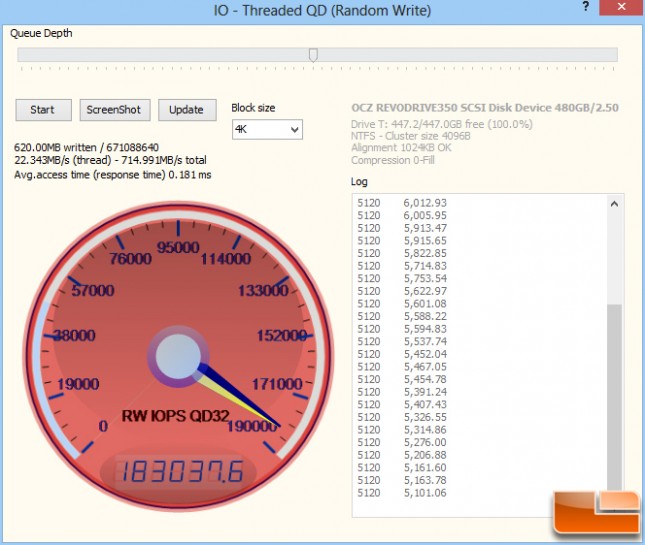 Benchmark Results: IOPS numbers are off the charts (literally, the graph axis values needed adjusting) as you’d expect with results double that of the fastest SATA III drives we’ve tested. 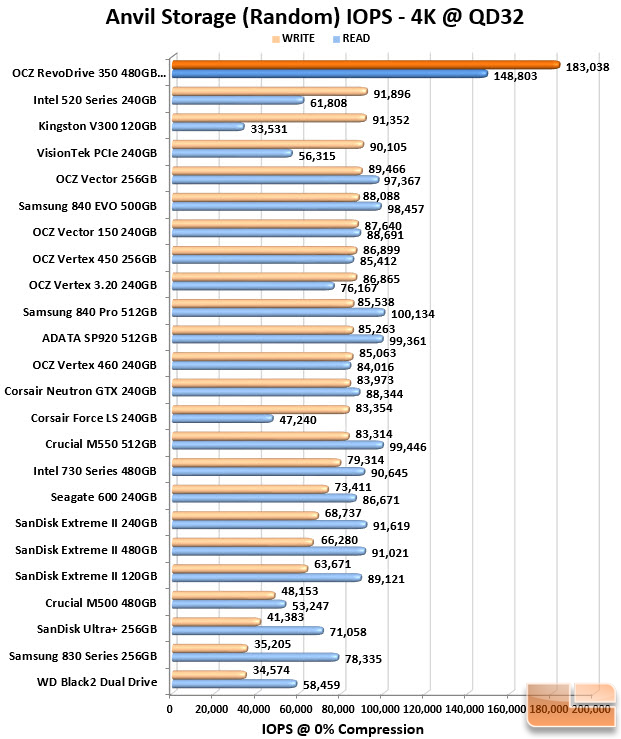