A Closer Look at the OCZ RevoDrive 350

Not much to take apart here as the drive is relatively naked already but there are a few screws needed to remove the front cover which has an integrated heatsink covering the RAID controller. 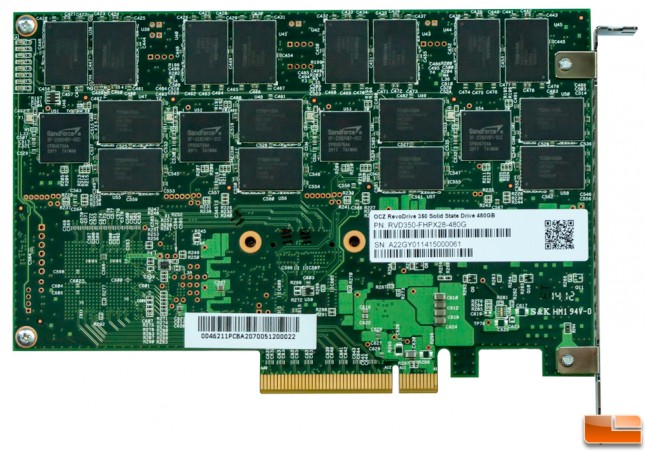 On this side of the PCB, there are 16 total NAND packages on this side which in detail are 19nm Toshiba Toggle Mode NAND flash with part number TH58TEG7DDJBA4C. You can spot four of the SandForce controllers as well. 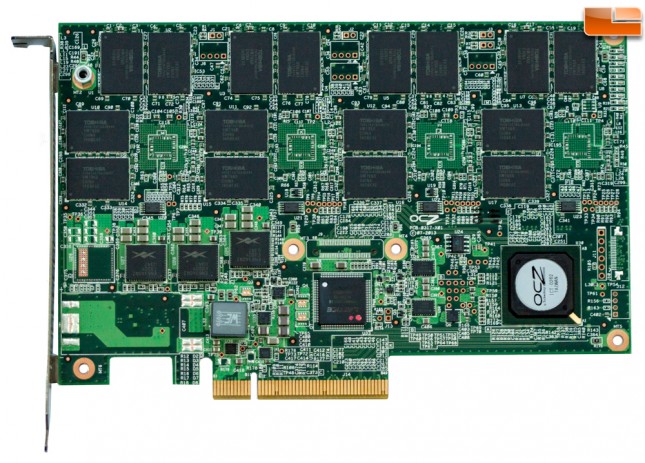 Flipping the drive over, we find eight more of the NAND modules along with a sprinkling of other components. Each are 16GB in capacity for a total raw storage capacity of 512GB (1GB byte = 1,000,000,000 bytes). 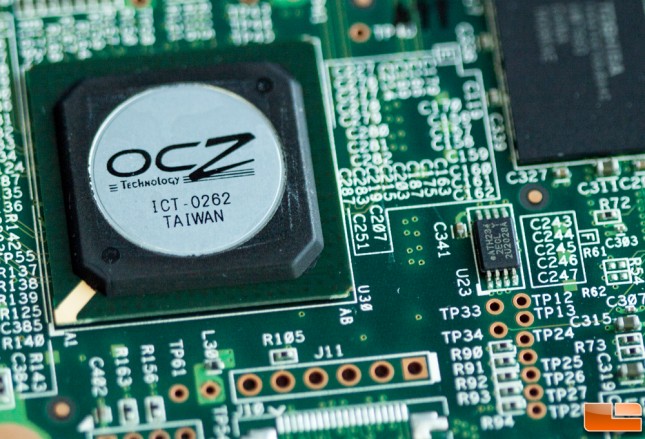 The OCZ SAS RAID controller (ICT-0262) is actually a part we’ve seen in previous RevoDrive incarnations and it does get rather toasty so this is the part covered by the heatsink. 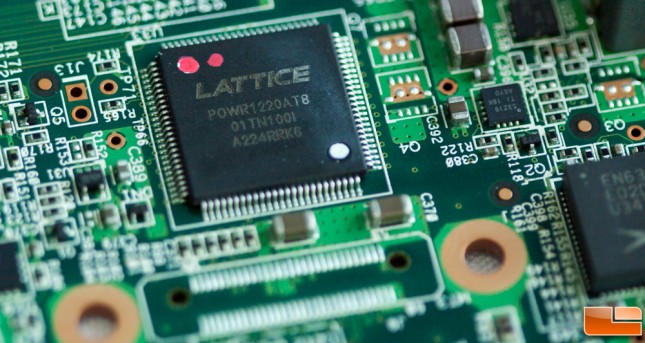 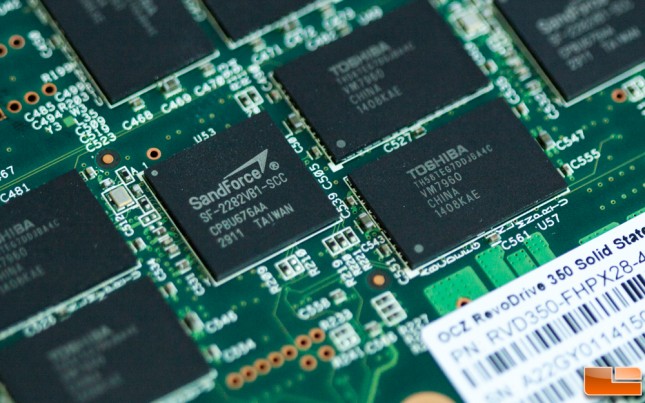 Finally, we have the SF-2282 controller from LSI/SandForce that we’ve seen previously and is very similar to the SF-2281 controller we’ve seen countless times. The SF-2282 controller has double the byte lane count from (8 as compared to 16) which allows it to communicate with more NAND chips at once. It leverages the same DuraClass technology and uses real-time data compression to speed write operations and supports AES 128-bit encryption.