For the Plextor M6M mSATA SSD, the readout on CrystalDiskInfo shows that both NCQ and S.M.A.R.T. are enabled as well as TRIM. This is a great free tool to see lots of detailed information about the drive such as the firmware version for which we are running the latest available at the time of testing – 1.00, which is also printed on the drive’s label. 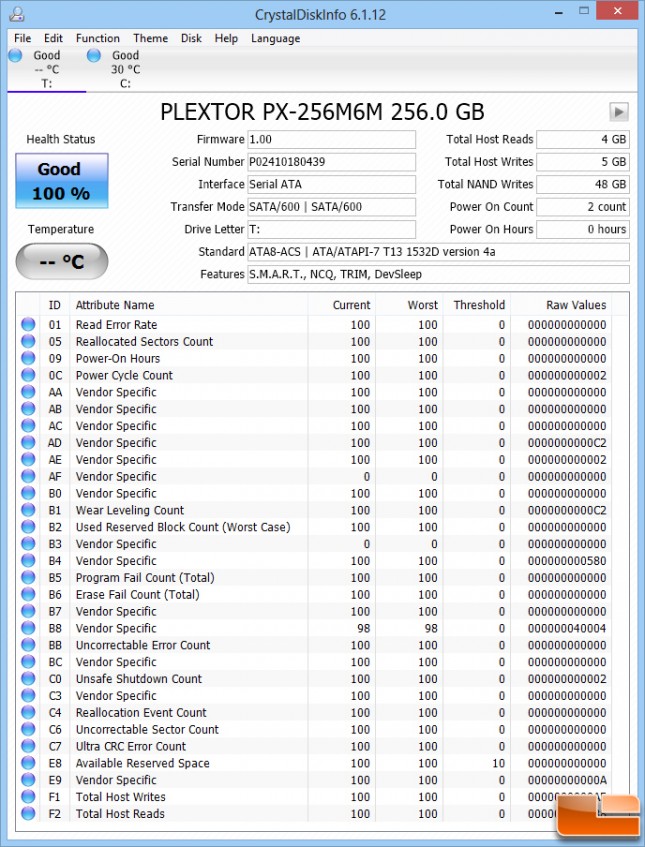