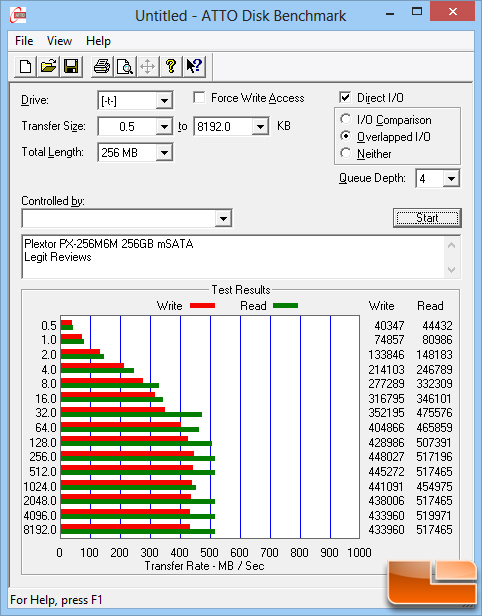 Benchmark Results: The writes on the Plextor M6M are weaker than all but a handful of drives in our comparison and the reads came in a the bottom of the pack. This rarely translates directly to real world performance but rather is one indicator of best case scenario performance. 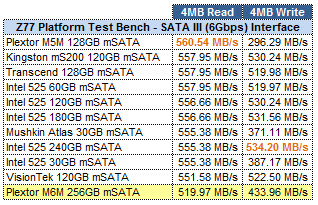 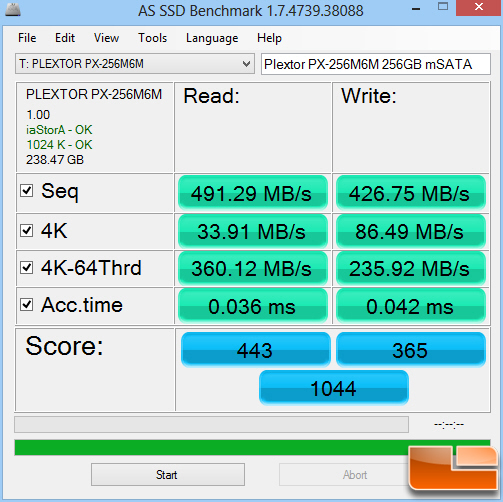 Benchmark Results: We see a different story here with the AS-SSD benchmark which uses incompressible data in its test set. The M6M grabbed the top spot in every category except sequential reads which really isn’t surprising since reads are usually roughly the same as on ATTO and we saw what happened there. Interestingly, the drive that did post the best overall sequential read scores as the previous generation M5M drive. In overall score, it blew the others away but bear in mind that this is a higher capacity drive than most we have reviewed which has an impact on performance. 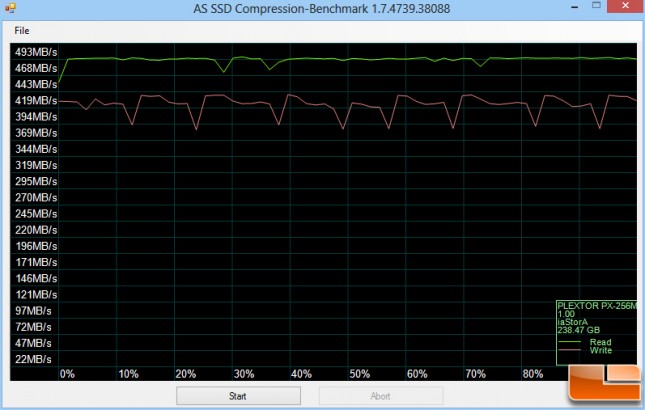 Benchmark Results: As expected, the compressibility of data has no impact on the performance of the drive.