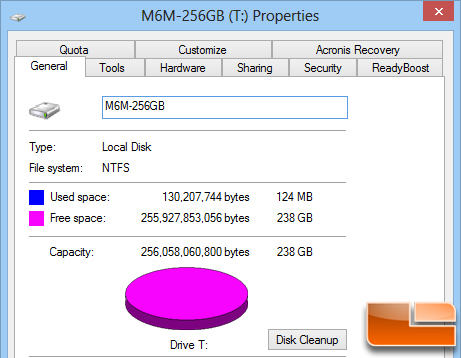 As we alluded to in the opening, the M6M performance was roughly equal to that of the M5M drive we tested previously although it’s not exactly and apples to apples comparison as the M5M was only a 128GB drive versus the 256GB of the M6M being tested here. Overall, the performance was very solid and did very well in both synthetic benchmarks and real-world tests with reads hitting 520MB/s and writes up to 445MB/s which is pretty much dead on what Plextor advertises. Write performance of the lesser capacity drives suffers a bit due to the smaller dies used so if write speed is particularly important to you, stick to the 256GB or 512GB drives. The reads are consistent across all and this is where most performance is perceived by the user. 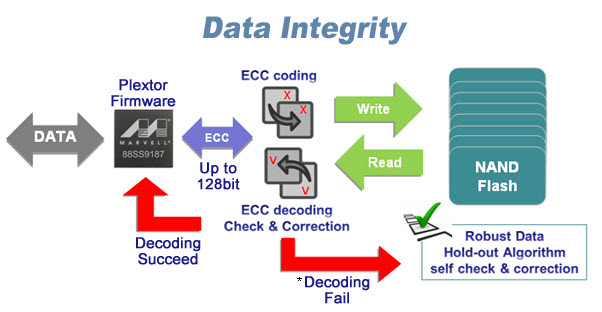 While the M6M Marvell 88SS9188 controller has a robust error correction technology to ensure data integrity and also does support AES-256 bit encryption. This is something we are seeing more and more of on consumer SSDs although it’s probably something most users are not even cognizant of. Plextor offers a three year warranty on the drives but it’s also comforting to know they do rather extensive reliability testing to ensure they are putting out a quality product. According to their literature, pre-production testing involved 465 drives being simultaneously tested for 576 hours in a FLEXSTAR testing chamber to validate err0r free performance and stability. This is in addition to other testing such as power cycling and sleep to hibernation cycling. 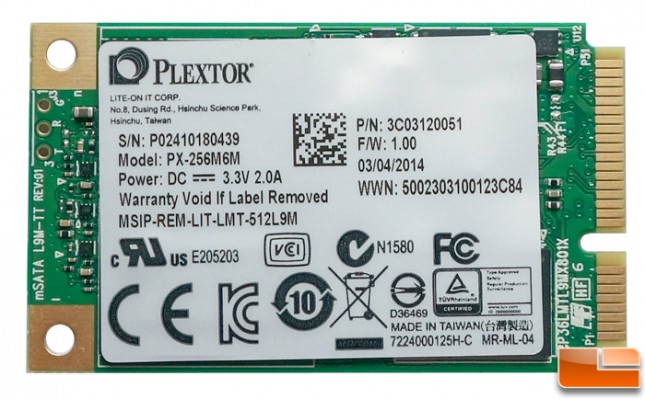 Current pricing sits at $72.50, $98.86, $167.20, and $369.99 for the 64GB, 128GB, 256GB and 512GB drives respectively. For the 256GB drive, this works out to be roughly $0.65 per usable GB which is very competitive. Overall power consumption is roughly the same as the M5M but the M6M supports the new DEVSLP (Device Sleep) standard where it sips a paltry 2mW while sleeping as opposed to their published MobileMark power consumption of 2.5W. This is important as one of the main intended uses is inside of mobile computers.

Legit Bottom Line: Plextor follows up on its solid M5M drive with the M6M mSATA SSD that brings a larger capacity option along with support for low power sleep states that should draw the eye of mobile computer users.