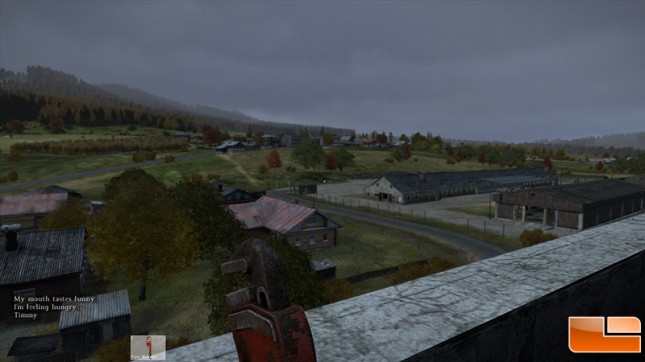 DayZ is a multiplayer open world survival horror video game in development by Bohemia Interactive and the stand-alone version of the award-winning mod of the same name. The game was test-released on December 16, 2013, for Microsoft Windows via digital distribution platform Steam and has sold over 1 million copies in early alpha testing. The game runs on a branch of the Take On Helicopters engine (part of the Real Virtuality engine) and got our attention as it is neither an AMD or NVIDIA backed game title. Bohemia Interactive, NVIDIA and AMD all confirmed that no optimizations are in the game yet, so we figured this would be an interesting game title to purchase and try out. 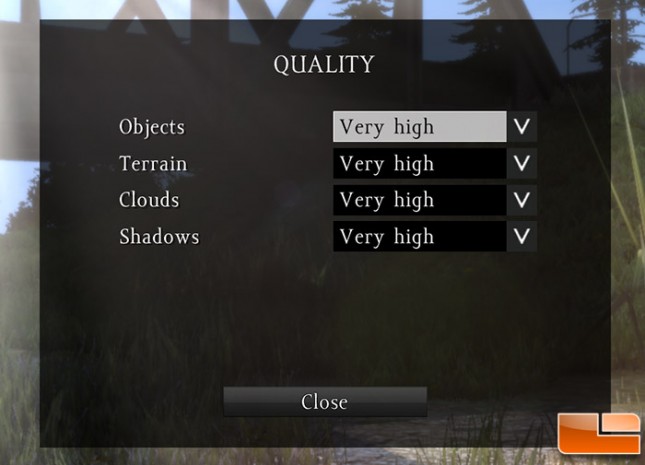 DayZ appears to be running on the six physical cores of the Intel Core i7-4960X processor and averages around 17-24% CPU usage from what we were able to tell from the CPU utilization meter that is built into the Windows 8.1 task manager. 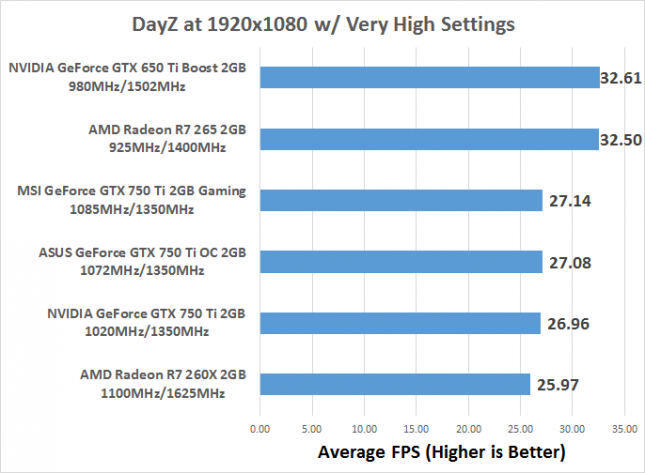 Benchmark Results: The AMD Radeon R7 260X 2GB was found to be 1FPS slower than the NVIDIA GeForce GTX 750 Ti video cards. Higher clock speeds didn’t help much in this game title, but remember it isn’t optimized for NVIDIA or AMD yet. 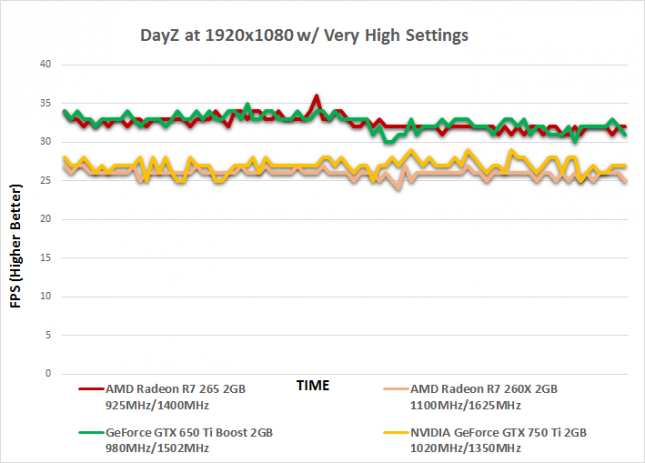 Benchmark Results: DayZ was a royal pain in the butt to benchmark as the multiplayer online game is very buggy, you have zombies trying to kill you and other players also like to kill you. We originally wanted to run around housing areas, but we couldn’t stay alive and running into and out of houses was impossible to reproduce because one time the doors on a house will be open and the next time you get into the server they’ll be closed. We opted to run in an open area next to some rail road tracks and as a result the FPS is higher than more graphics intensive areas and the performance was relatively flat. We really wanted to include some DayZ performance numbers though and for $29.99 it never hurts to try something new.