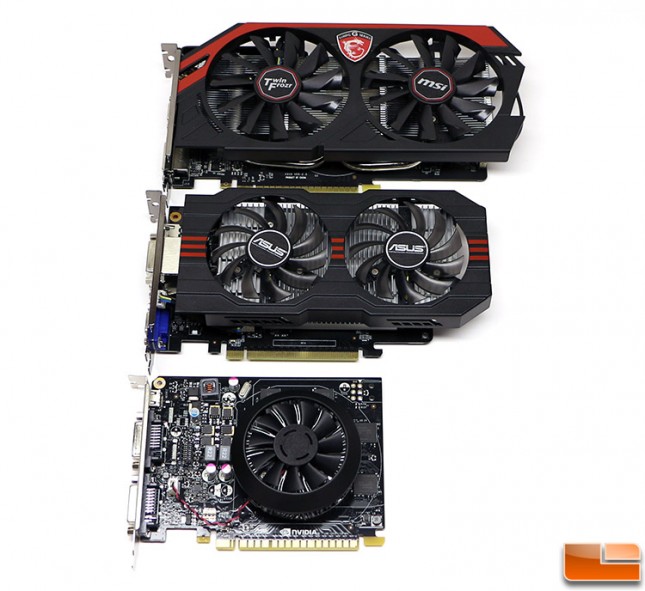 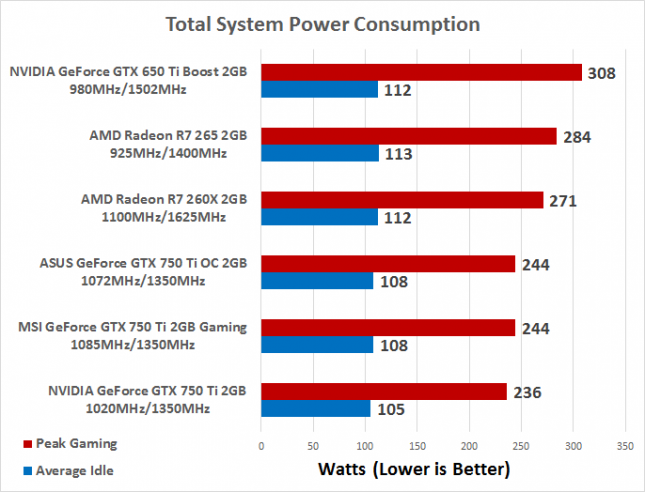 Power Consumption Results: The entire platform with the NVIDIA GeForce GTX 750 Ti 2GB reference card installed installed was consuming 105 Watts at idle and hit a maximum of 236 Watts when gaming. These are very impressive power numbers and are 35 Watts lower than the power consumed on the AMD Radeon R7 260X. The MSI and ASUS cards are factory overclocked with an additional fan, so it shouldn’t be a shock that they consume slightly more power. Using up just 3W more at idle and 8W more at load isn’t that bad though. NVIDIA is the winner when it comes to power efficiency and the power drop from the NVIDIA GeForce GTX 650 Ti BOOST is staggering.