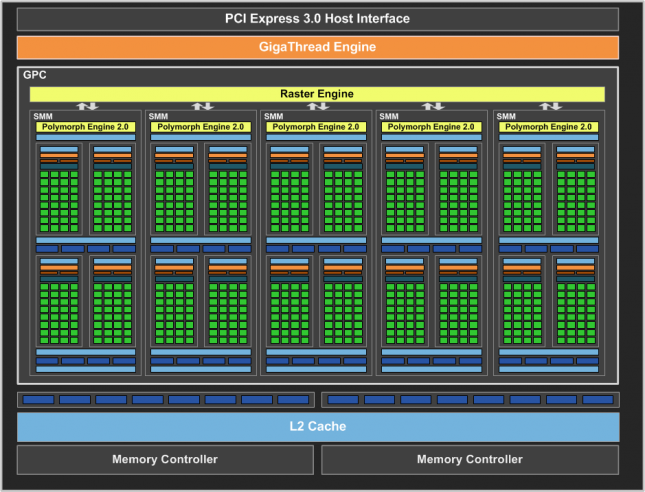 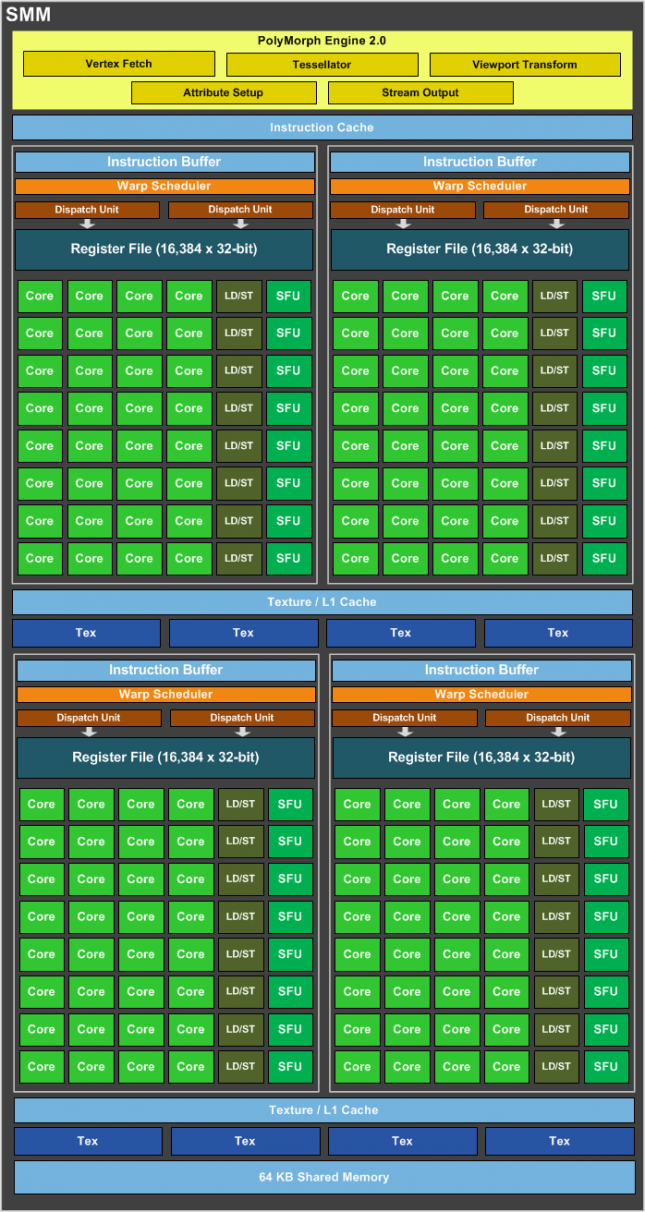 Here is a closer look at one of the Streaming Multiprocessors (SMM) and inside you can see that NVIDIA has reorganized the various blocks to make Maxwell as power efficient as possible. It should be noted that this is the first time we have seen SMM’s as they used to be called SM’s (or now what NVIDIA calls SMK’s on Kepler). Rather than a single block of 192 shaders like before, the new SMM’s are divided into four distinct blocks that each have a separate instruction buffer, warp scheduler and 32 dedicated, non-shared CUDA cores. This partitioning simplifies the design and scheduling logic, saving area and power, and reduces computation latency.