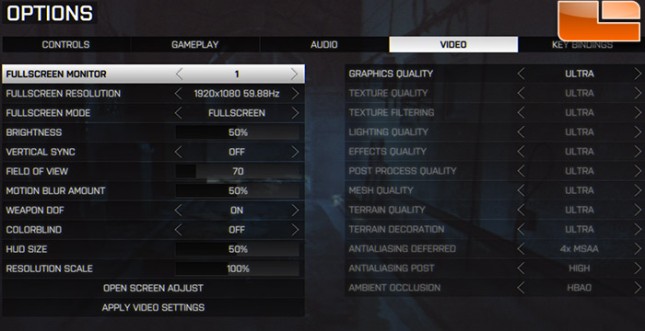 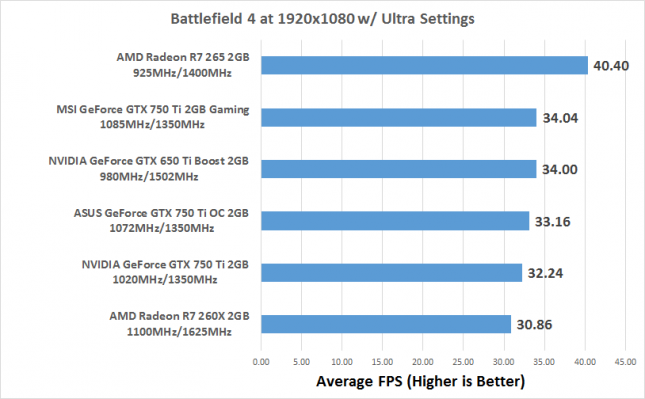 Benchmark Results: In Battlefield 4 with Ultra settings the AMD Radeon R7 265 pulled ahead, but the NVIDIA GeForce GTX 750 Ti cards were above the 30FPS mark with these aggressive image quality settings and the game was very playable. It should be noted that we did not test with the Mantle API and stuck with DirectX 11 to ensure everything was tested on the same API. 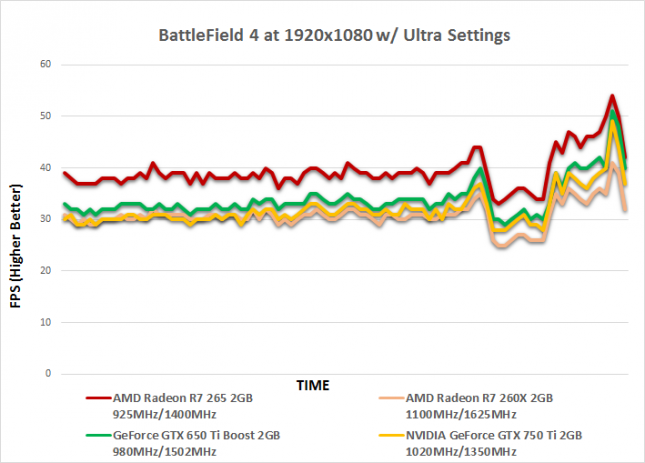 Benchmark Results: The cards shadowed one another very closely in BF4, but the AMD Radeon R7 265 was clearly ahead for the entire time.