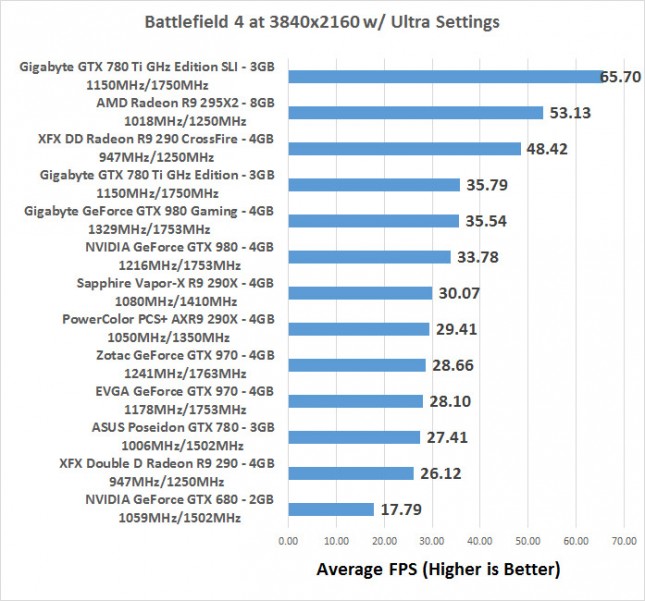 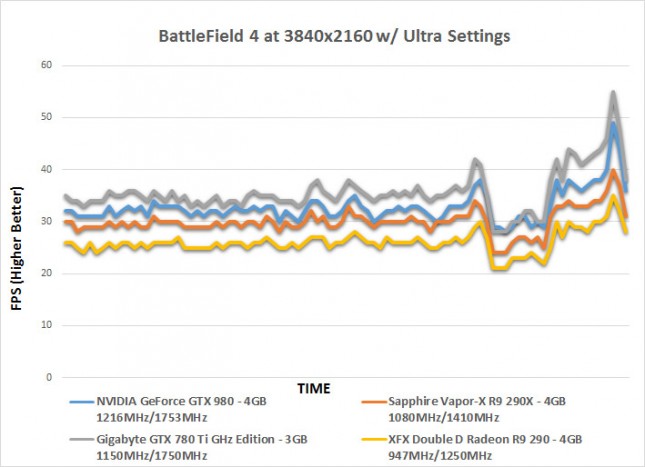 Benchmark Results: The GeForce GTX 980 ran BF4 pretty smoothly with these settings and if you reduce the image quality just slightly you’ll be able to get above 30 FPS most of the time at 3840×2160. We dropped down under 30 FPS in a couple spots during our gameplay, but for the most part we were above the 30 FPS threshold.