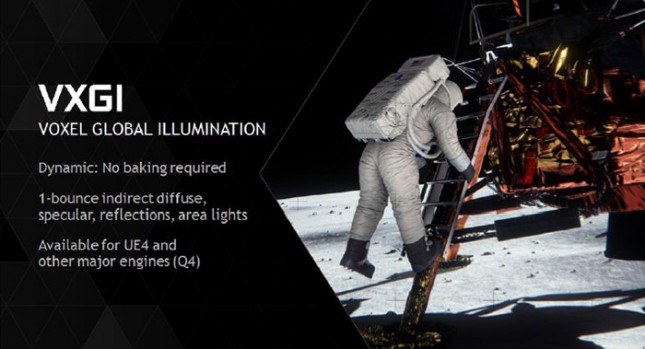 Lighting has always been a battle for video games graphics, in order to hit the photorealism it needs to be overcome. The new NVIDIA VXGI is going to be the next evolution in lighting. The NVIDIA Voxel Global Illumination (VXGI) is based on the work of Cyril Crassin which was started back in 2011. When the concept was originally pioneered, it used a 3D data structure (“voxelks”) to capture coverage and lighting information at every point in the scene. The data structure could then be traced during the final rendering stage to determine the end result of the light bouncing around in the scene. The original implementation was able to run successfully on a GeForce GTX 680, it was ultimately limited. Over the last three years NVIDIA has worked on refining and developing an implementation which can be accelerated natively by the graphics engine. During this time NVIDIA has also worked on refining the algorithm used, the end result of the last three years of work has brought us here with VXGI.

The key point of VXGI is that it renders lighting in real time on the GPU. Using a voxel grid and cone tracing technique, VXGI calculates and approximation of GI (global illumination) and ambient occlusion, all in real time. The voxelization process is sped up by a number of new graphics features in VXGI. Conservative raster is being used to test which of the various pixels touch the triangle, this is used to accurately converth the 3D scene geometry into voxels. There is also a multi-projection engine included in VXGI that takes the geometry and re-projects it onto multiple surfaces simultaneously. 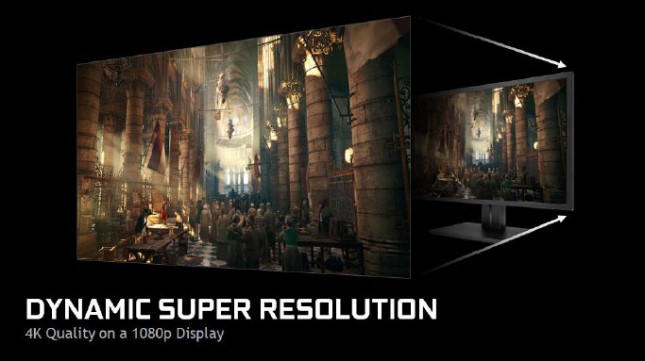 While the cost of 4K monitors has come down dramatically since the initial wave of them, they are still to pricey for some. Without a doubt though, 4K resolution is going to be the go to resolution for PC gamers as it is truly stunning to look at. While some of us continue to save our dollars for a 4K monitor, NVIDIA is breaking out a new technology with the GeForce GTX 980/970, Dynamic Super Resolution. The NVIDIA Dynamic Super Resolution is a technology that allows the GPU to render the images at the 4K resolution, and display it on a lower resolution display. While you’re not truly getting a 4K display this way, the GPU is rendering the scene at 4K. This will ultimately give us a crisper and better looking image. In a way this technically isn’t new technology, people have been turning to ‘downsampling’. Downsampling is a technique that is used to trick the GPU into thinking that it is really rendering at a higher resolution. Though there are some usibility and quality issues with that. 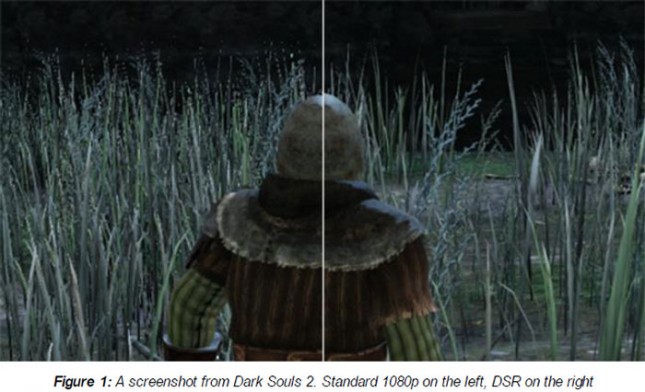 In order to downsample, the end user needs to set up custom displays within the driver control panel, and adjust a handful of low-level display parameters. While some are comfortable with doing this, it’s not the most user friendly operation to complete. Aside from having the know how to do this, there can also be a quality issue. At times there can be artifacting observed on textures when certain post-processing effects are applied. NVIDIA Dynamic Super Resolution (DSR) pretty much works like traditional downsampling, though considerably easier to use. The artifacting is combated by using a 13-tap Gaussian filter during the conversion to display resolution. The 13-tap Gaussian filter is a high quality filter that will reduce or eliminate the aliasing artifacts that can be seen with simple downsampling. When it comes to the end-user ability to operate the Dynamic Super Resolution, it doesn’t get much easier, all that needs to be done is to turn it on or off.
Multi-Frame Sampled AA (MFAA) 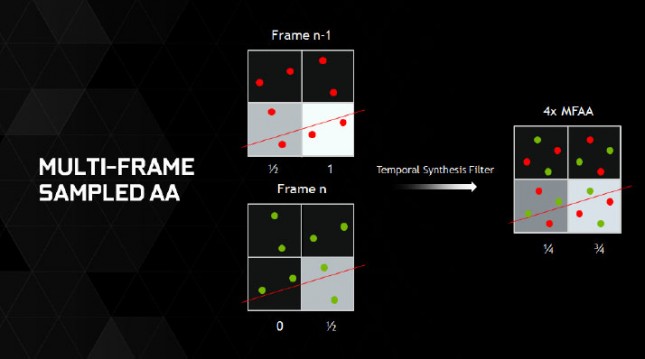 4X MSAA (Multi-Sample Anti Aliasing) can be taxing to a GPU on todays games, especially if the system is running on a 4K display. Depending on the game, running with 4X MSAA the system wont be able to deliver playable frame rates, and if you’re going for a quality image, disabling the 4X MSAA really isn’t an option either. NVIDIA has come up with a better option than disabling while maintaining the image quality. Multi-Frame Sampled AA (MFAA) is a new hardware feature that will alternate between multiple AA sample patterns to produce the best image quality while running ~30% faster according to NVIDIA. MFAA alternates between different 2xaa patterns that get blended together with a temporal synthesis filter, the end results is an image that looks like a 4xMSAA image to the naked eye.