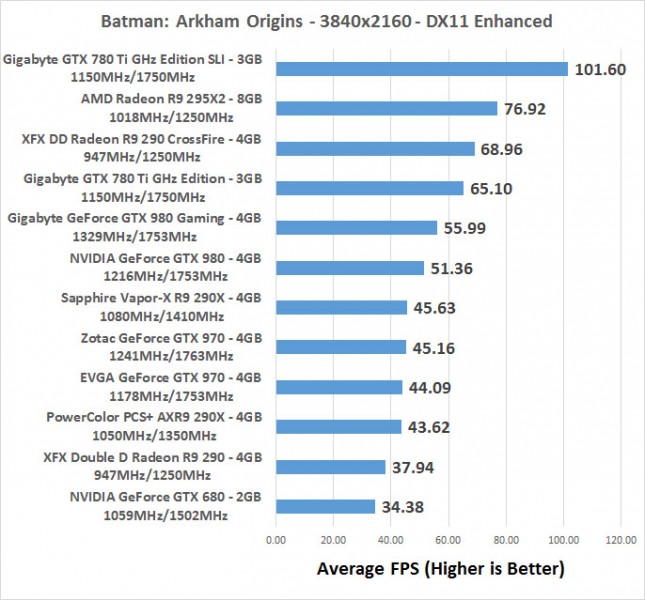 Benchmark Results: The NVIDIA GeForce GTX 680 reference card was able to average 34.4 FPS on Batman: Arkham Origins, which is a respectable score for a video card that is nearly 2.5 years old. The NVIDIA GeForce GTX 980 reference card came in at 51.4 FPS on average in a cold state and 49.4 in a hot state. The GeForce GTX 680 didn’t have that much variance on it between hot and cold runs, so it looks like GPU temperatures and NVIDIA GPU Boost 2.0 is playing a big role in the performance numbers we are seeing on cards today. 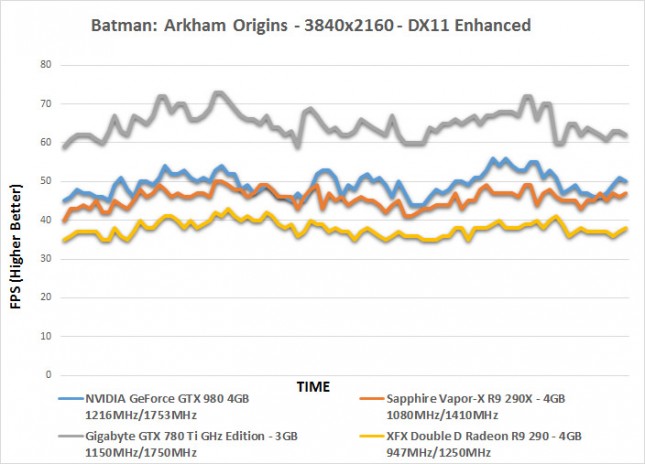 Benchmark Results: When you look at performance over time, the GeForce GTX 980 never dropped started out at 45 FPS and never dropped below that threshold during the benchmark run on our Ultra HD (3840×2160) test setup.