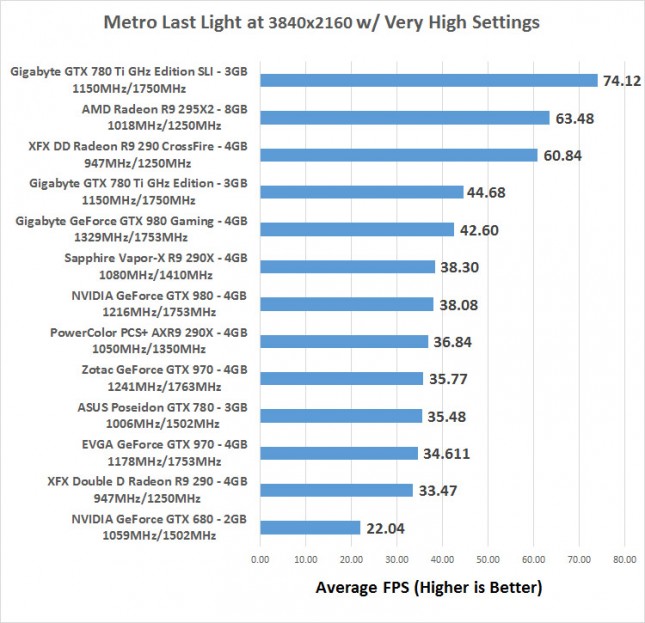 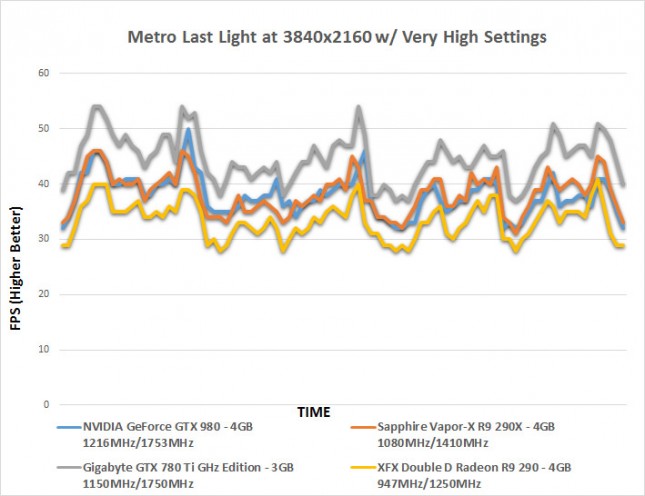 Benchmark Results: No big performance dips or spikes that are out of the ordinary here! We were happy to see the GTX 980 stay above 30FPS for the entire benchmark run!