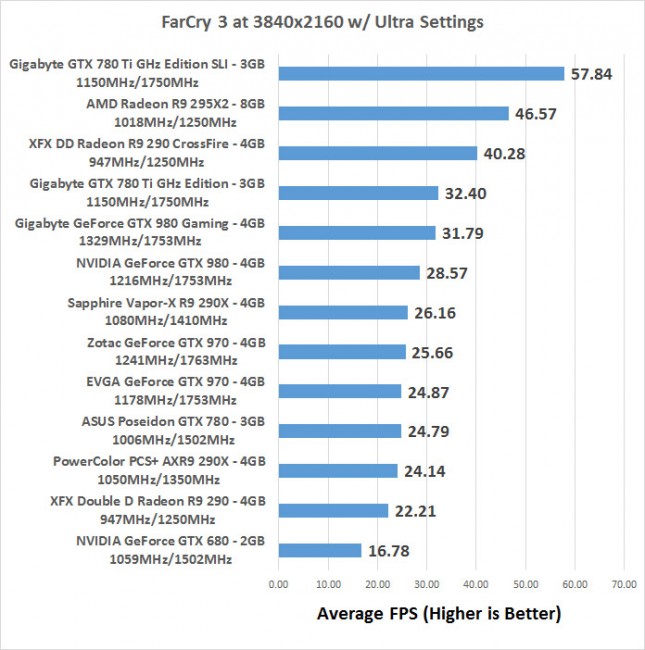 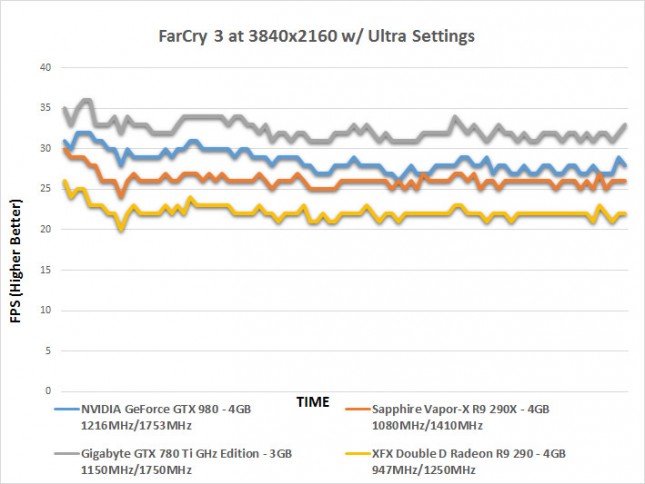 Benchmark Results: Some small variations here and there, but no big frame drops on any of the cards to report back about. The GeForce GTX 980 was almost able to stay above 25FPS during our entire benchmark run.