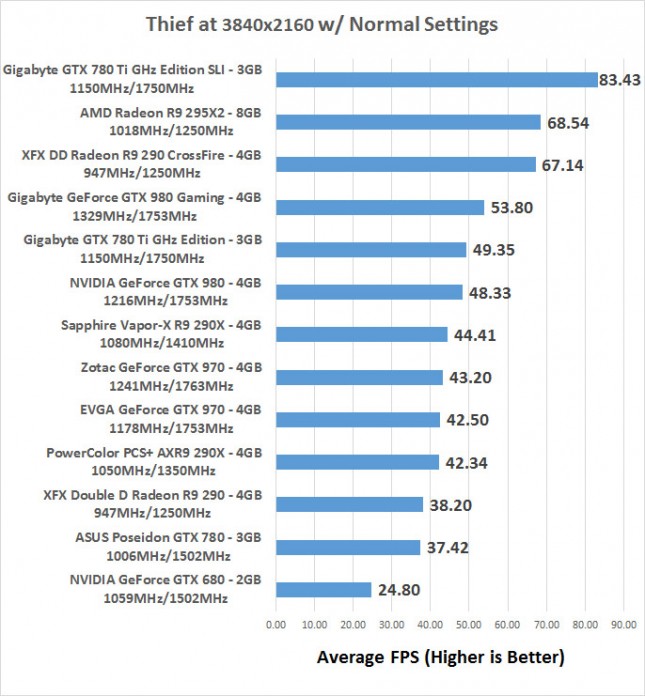 Benchmark Results: The NVIDIA GeForce GTX 980 came in with an average benchmark run of 48.33 FPS on Thief. The PowerColor PCS+ Radeon R9 290X averaged 42.34 FPS and the now ‘old’ GeForce GTX 680 reference card came in at the back of the pack with an average FPS of 24.80. These results are with normal image quality settings. Not bad performance on a game title that came out in Q1 2014. 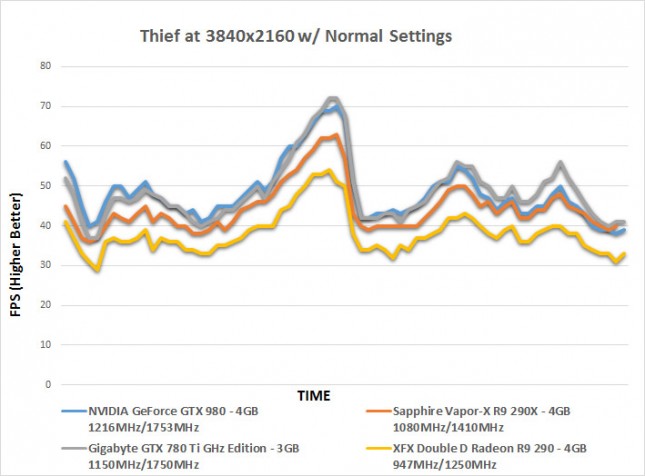 Benchmark Results: The performance over time chart showed that the GTX 980 video card never dipped below 35FPS during the benchmark run.