I am constantly asked to help build a low cost system for the casual gamer. Generally, I’ll point them to an AMD based system, which doesn’t compare to an Intel i5 system, but generally it’s within people’s budget and does what they need. Earlier this year, Intel released the Pentium Anniversary G3258, which comes unlocked and has been found to be a massive overclocking processor. Looking at motherboards, there is a large selection of Intel Socket 1150 motherboards, typically designed for a wide range of processors or uses. ECS has released the Z97-PK Deluxe mATX motherboard is designed for Socket 1150 processors, with a focus on the Pentium Anniversary G3258 overclocking. Right now, the ECS Z97-PK Deluxe motherboard is a little hard to find as it is just being released, checking a few places you can find it for $79.99 plus shipping, and includes a 1 year warranty from ECS. 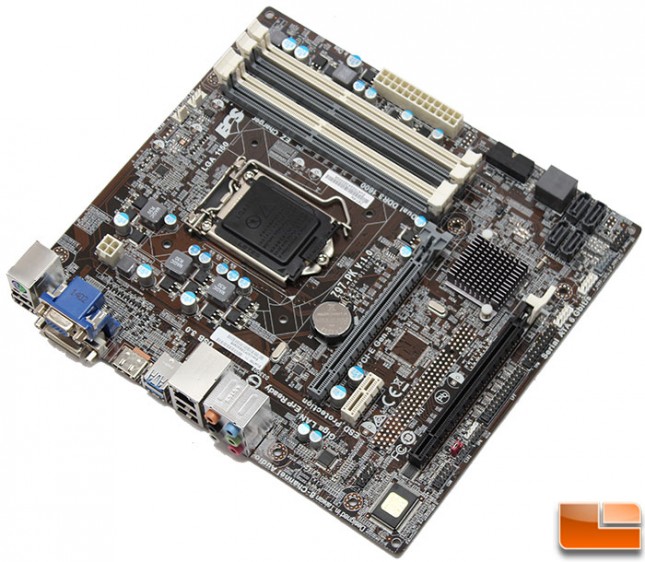 Following mATX standards, the motherboard will fit into any case that fits mATX motherboards. Taking a high level overview of the motherboard, being based on Intel Z97 Express chipset, it supports Socket 1150 processors (4th generation Celeron, Pentium, and Core i-series). For memory, it will support up to four DDR3 modules, running at 1600Mhz. Storage is limited to six SATA III 6Gbps ports which supports Raid 0, 1, 5 and 10, for SuperSpeed USB 3.0 the Z97-PK provides two on the back panel, and two from an internal header. Video capabilites, range from on-board triple monitor capability with HDMI, VGA and DVI ports, to dual PCI-E x16 slots.

Like most companies, ECS puts their motherboards through a wide range of QA testing. They state they test over 1500 known points of failure, and the hardware they implemented on the Z97-PK motherboard is specifically designed to run longer, and at higher temperatures than the industry standards. In addition, All-Solid-Capacitors are used on the motherboard to improve stability and the lifespan of the motherboard.

While the ECS Z97-PK motherboard will work with any Socket 1150 processor, it has built in features for the Pentium G3258. For casual users a simple one click Overclock option is provided within the EZ BIOS. Of course, that is not the only way that the Z97-PK can be overclocked.

All Solid Capacitors
ECSs All-Solid-Capacitors design brings the great benefit of better durability to users. Better conductivity and heat resistance can be expected as well thus the system stability can be assured under critical conditions.

Now that we know what ECS tells us about the Z97-PK Deluxe mATX motherboard, let’s take a look at the retail package and a close look at the motherboard before jumping into some benchmarks.