For both of the Crucial MX100 drives, the readout on CrystalDiskInfo 5.2.0 shows that both NCQ and S.M.A.R.T. are enabled, as well as TRIM. This is a great free tool to see lots of detailed information about the drive such as the firmware version for which we are running the latest available at the time of testing MU01. 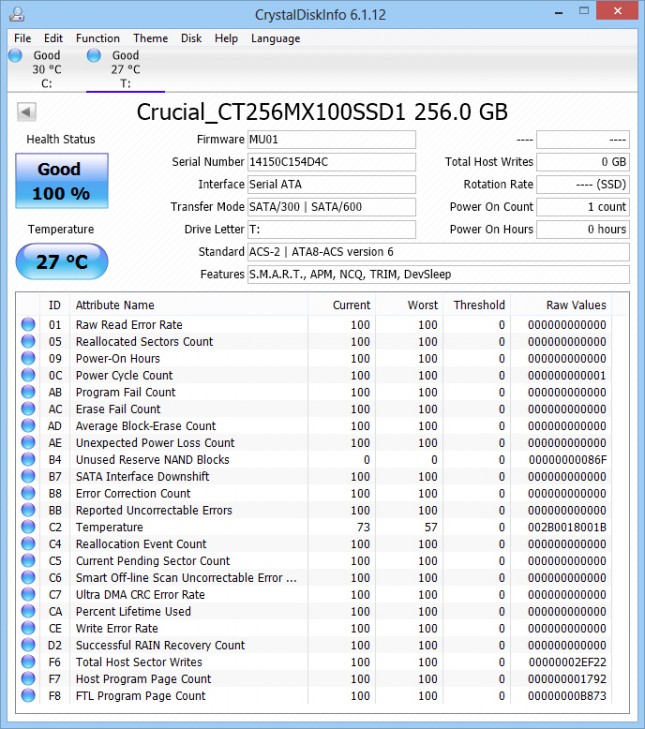 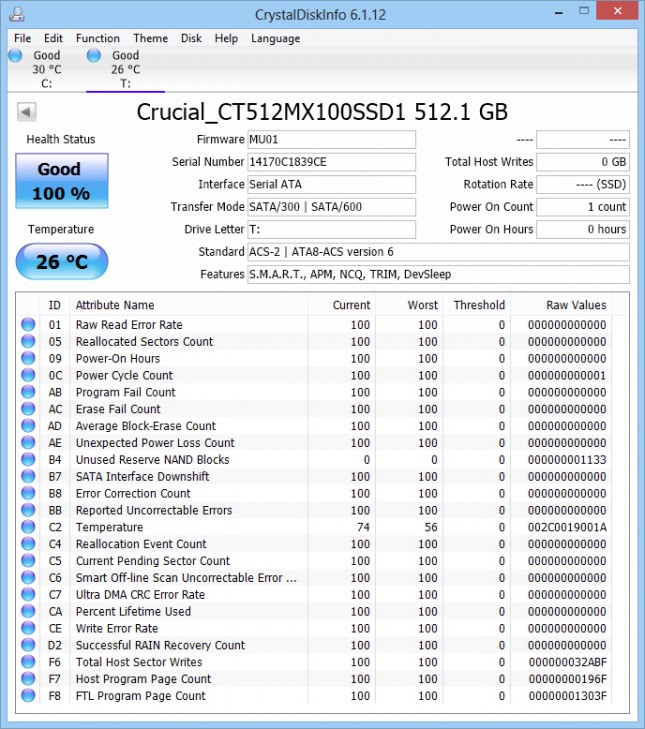