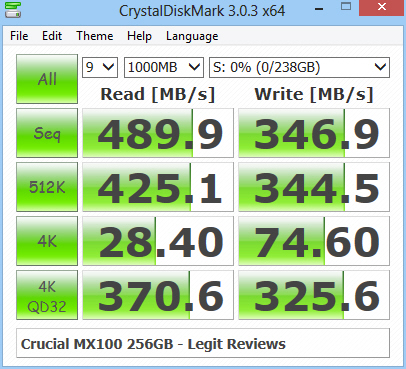 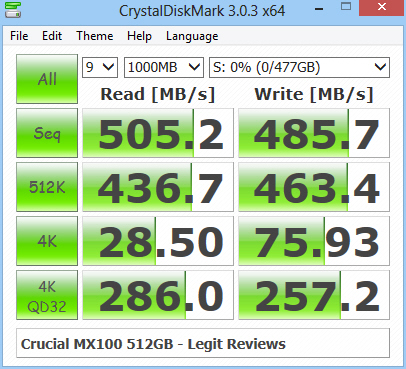 Benchmark Results: Just like on the AS-SSD benchmark, we see strong scores from both drives with the 512GB drive hitting significantly better write numbers and overall results that are solid. 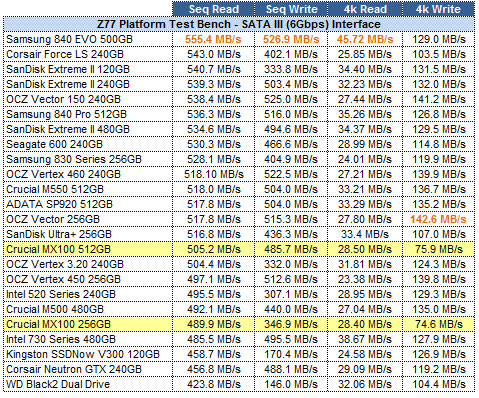 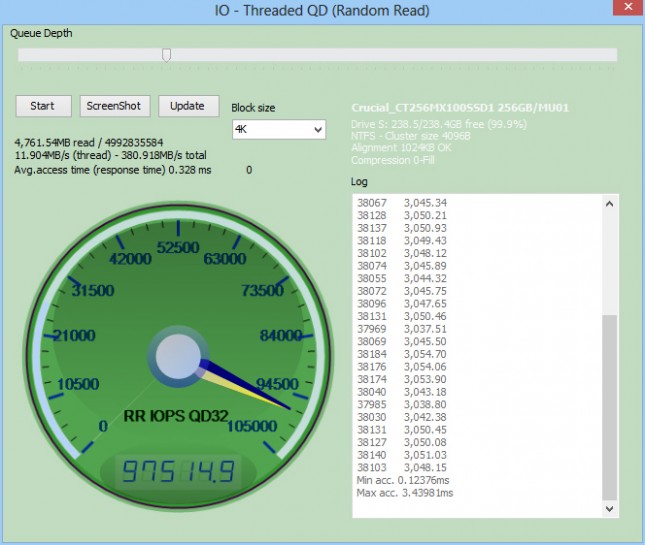 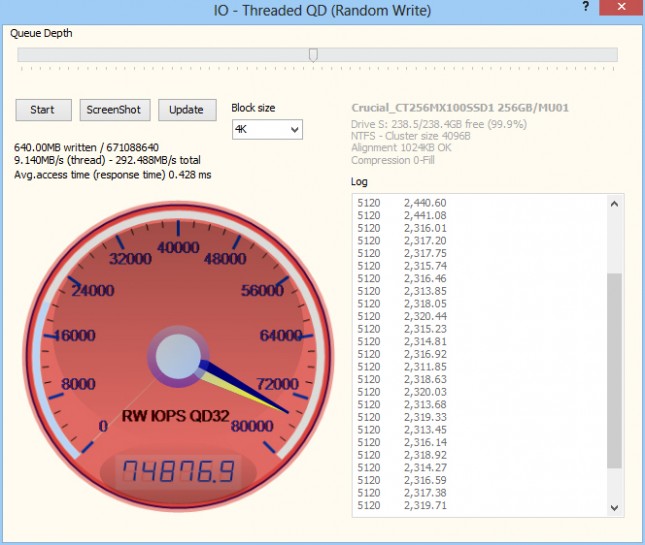 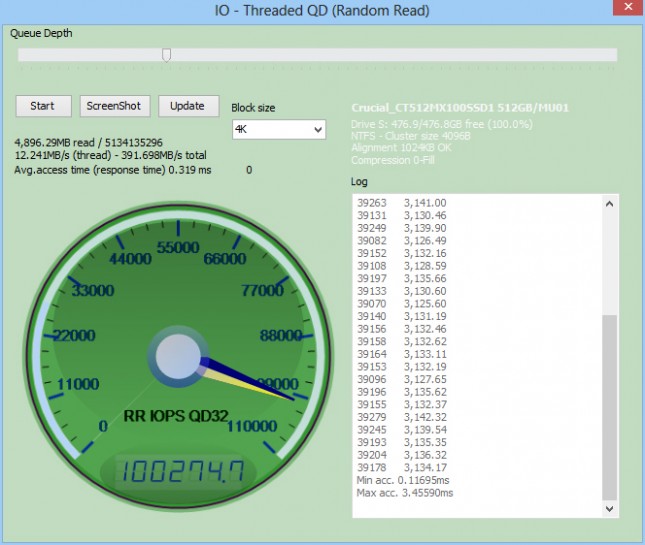 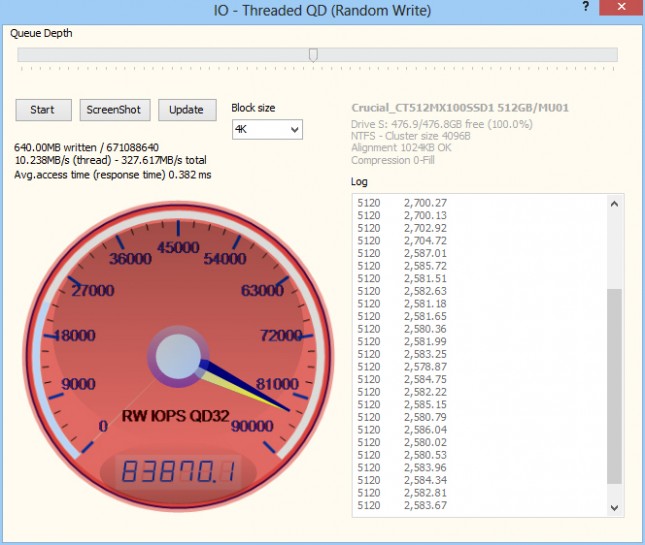 Benchmark Results: IOPS scores are very strong with writes between 74K and 84K and reads each around 100K. These numbers compare very favorably with the other drives we’ve tested. 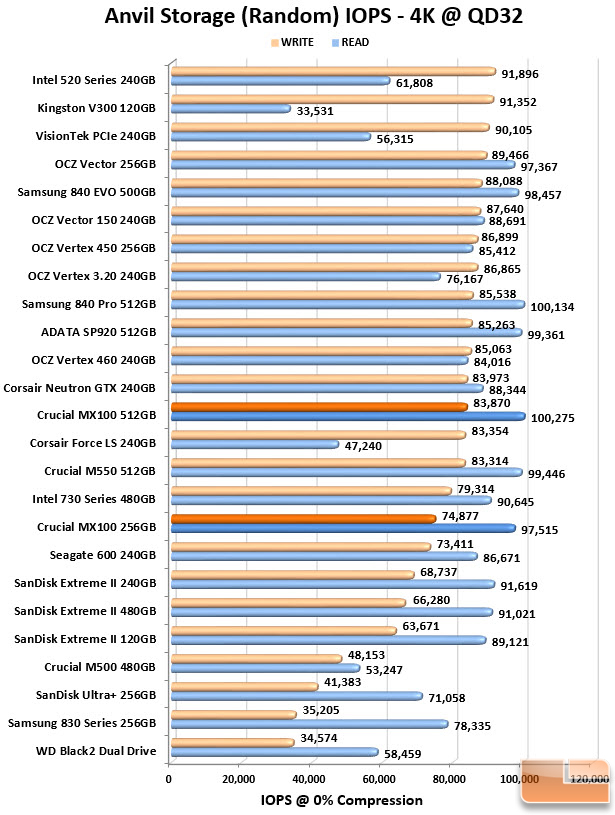