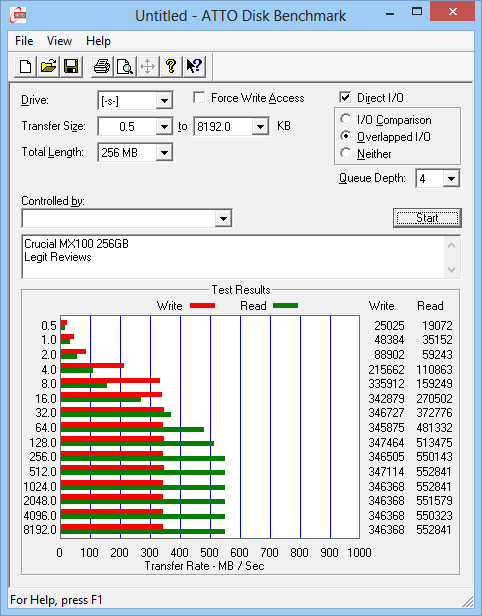 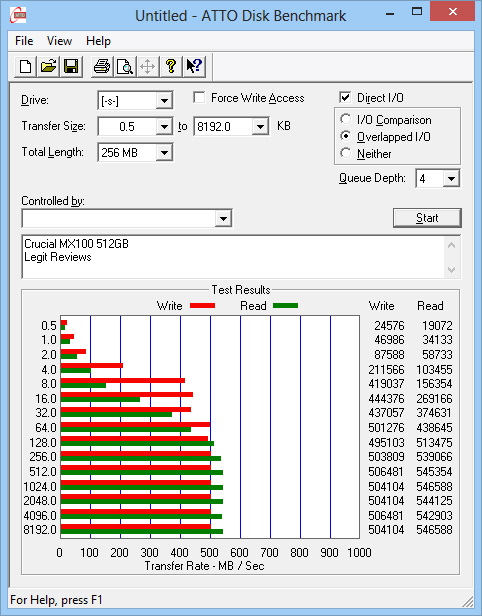 Benchmark Results: The larger capacity MX100 is clearly better in the writes department as we see many times with smaller drives but reads for both are strong. 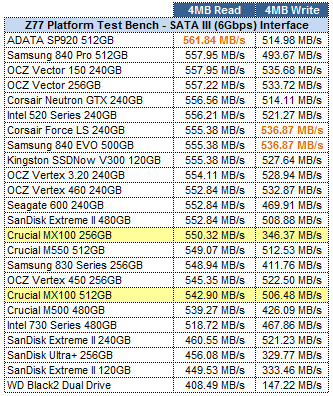 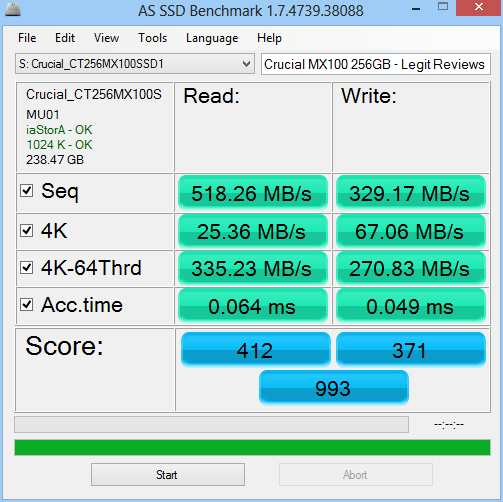 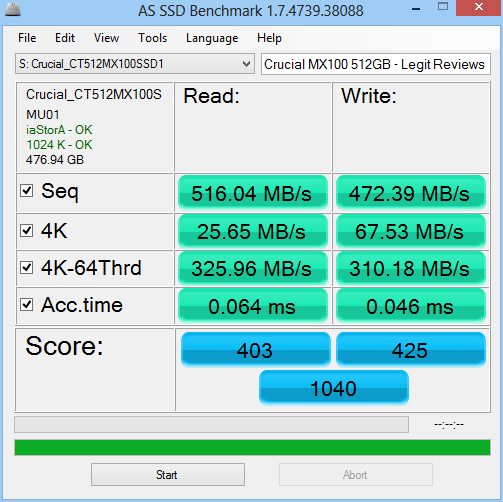 Benchmark Results: Again, writes are weaker for the 256GB drive but overall performance is not far off of what we saw in the ATTO benchmark which means that the controller does an excellent job handling incompressible data. 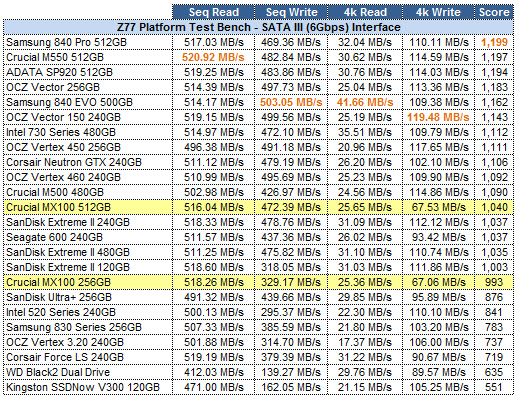 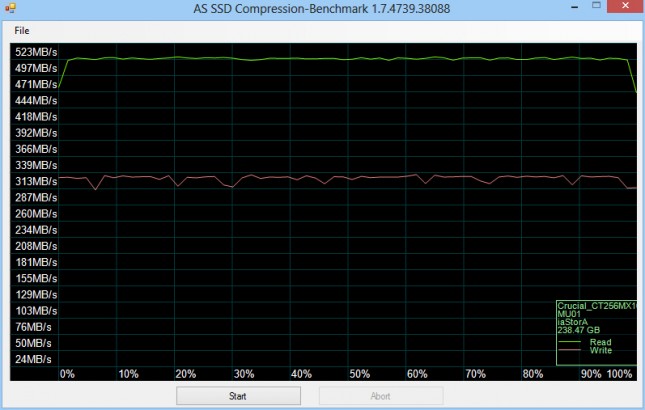 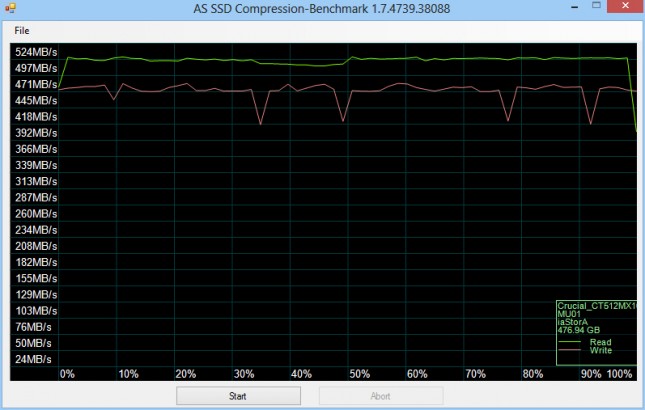 Benchmark Results: The graphs show what we mention above – incompressible data has no impact on performance and for both drives there is no slope to the graph lines.